The most humbling of holidays (Part 1) 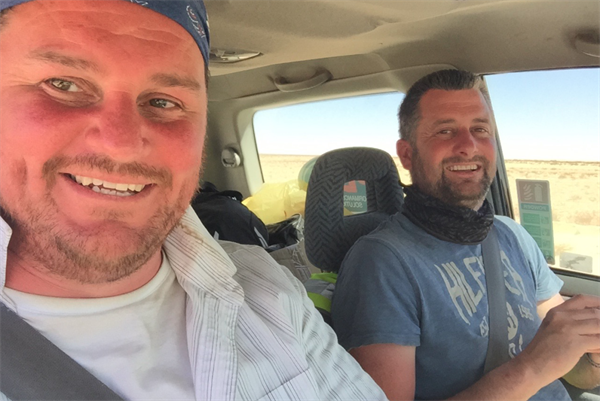 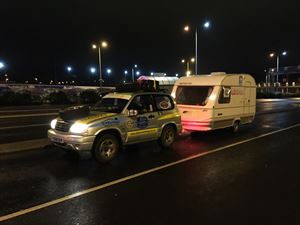 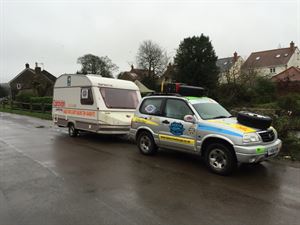 Imagine towing a caravan, encountering a bicycle coming towards you in the fast lane of a dual carriageway or avoiding people who appear out of nowhere in dark clothes at night with no lights.

Couple that with being thousands of miles away from home, under threat of being kidnapped, heading further into the unknown.

Long time friends, Lee Wright and Mark Knight, selflessly undertook all this and more to raise vital funds for a medical centre in Africa and community workers in Somerset, closer to home. In a Caravan magazine exclusive, the pair tell us all about the trip's high and low points...

How many miles did you cover and how much money have you raised for the charities?

We travelled a total of 5500 miles raising £2530 through our Just Giving Page for Somerset Community Foundation. Another £500 was paid directly to Somerset Community Foundation by a single person and the vehicle auction for car and Sprite caravan is expected to raise around £1500 for medical care in Africa when it takes place. The auction usually succeeds several charity trips to Africa when all the vehicles are auctioned.

We cannot thank enough all of the people and businesses that had faith in us and supported us. Certainly, with the level of support we had it helped in pushing us on through the more difficult parts of the trip.

What was it like to raise money for such worthwhile causes and what’s the reaction been to your efforts?

Raising money for charity, as many of those people who have raised money know, is extremely difficult. Whether you are fundraising for charities in Africa or back at home, the money raised means such a lot to both those that benefit directly and the organisers of those charities. The reaction is one of great appreciation and is rather humbling.

Donate via the team's JustGiving page until 15 June, or donate directly to Somerset Community Foundation. Find out what happens in part two...