A Guide to Solar Power in Your Caravan 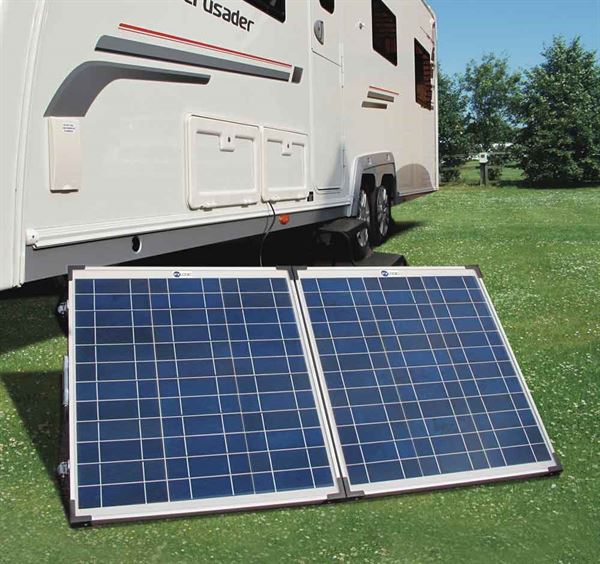 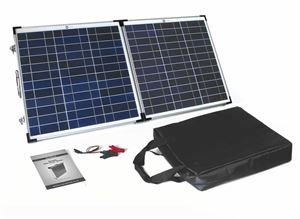 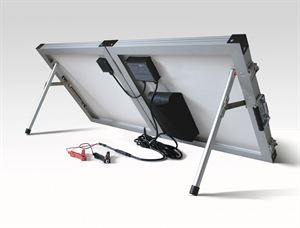 Not that many years ago mains electrical hook-up on campsites was considered a bit of a luxury and, for some people maybe, almost cheating.

You wouldn’t have dreamed of taking a television away with you, paraffin lamps or even candles provided adequate lighting and, well, really why would you need electricity?

These days, though, more and more sites, including basic ones such C.Ls and C.Ss seem to be keen to offer the option of 230V, enabling you to take away all the accoutrements of modern life that you wouldn’t dream of doing without – even in your caravan. But, there’s a price to pay and, as the cost of electricity goes up, you can find yourself coughing up £20.00 - £30.00 a week or even more for the privilege of attaching your caravan to the mains.

Paradoxically perhaps, as the cost of mains electricity has gone up, the price of producing your own, using solar panels, has come down – dramatically. You can now get a complete system in place on your caravan for between £250.00 - £500.00.

Do the sums and, if you use your caravan a lot, you can see that a solar power system could pay for itself over the course of just a few seasons. As a high-quality panel will keep performing for at least 20 years, a solar power system can be a very sound financial investment. It will pay you back in another way as well, by helping to keep your leisure battery topped up and, as a result, extending its useful life. 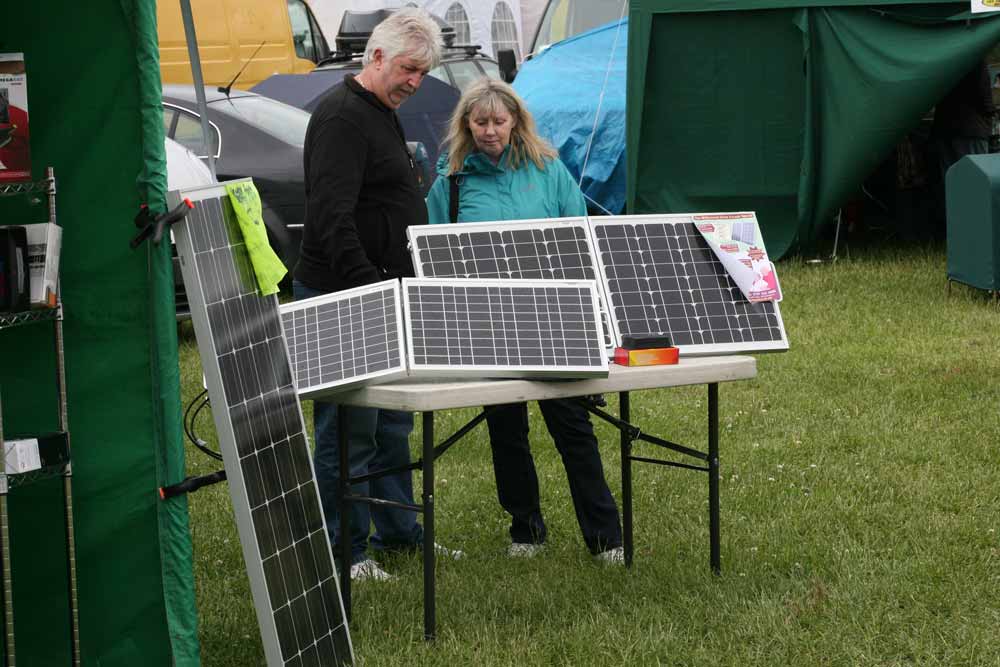 There are several types of solar panel that are suitable for use on caravans, but they all do the same job: convert sunlight into electrical energy and put that energy into your leisure battery. The amount of energy that the panel produces depends on the amount of sunlight that shines on it. If you’re going to be out in your caravan during the winter months or if you use a lot of electricity, you’ll need a much bigger panel than if you spend your time in southern Spain and only use electricity for lighting.

A typical installation would use a panel capable of supplying around 100 watts which, on a sunny summer’s day in the U.K. could put as much as 50 Amp hours into your battery: more than enough to run all the 230V electrical equipment in the average caravan. In winter, though, with shorter days and less sunlight, that same 100-watt panel may only top up your battery by 10 Amp hours. As you’ll be using more electricity in the winter, you’ll need a bigger board, or maybe several panels joined.

The cheapest solar panels use amorphous cells. The solar panels in calculators use these, and they work very well. The main disadvantage of amorphous panels is that size for size; they are much, much less efficient than crystalline cells which are the panels usually used on caravans. 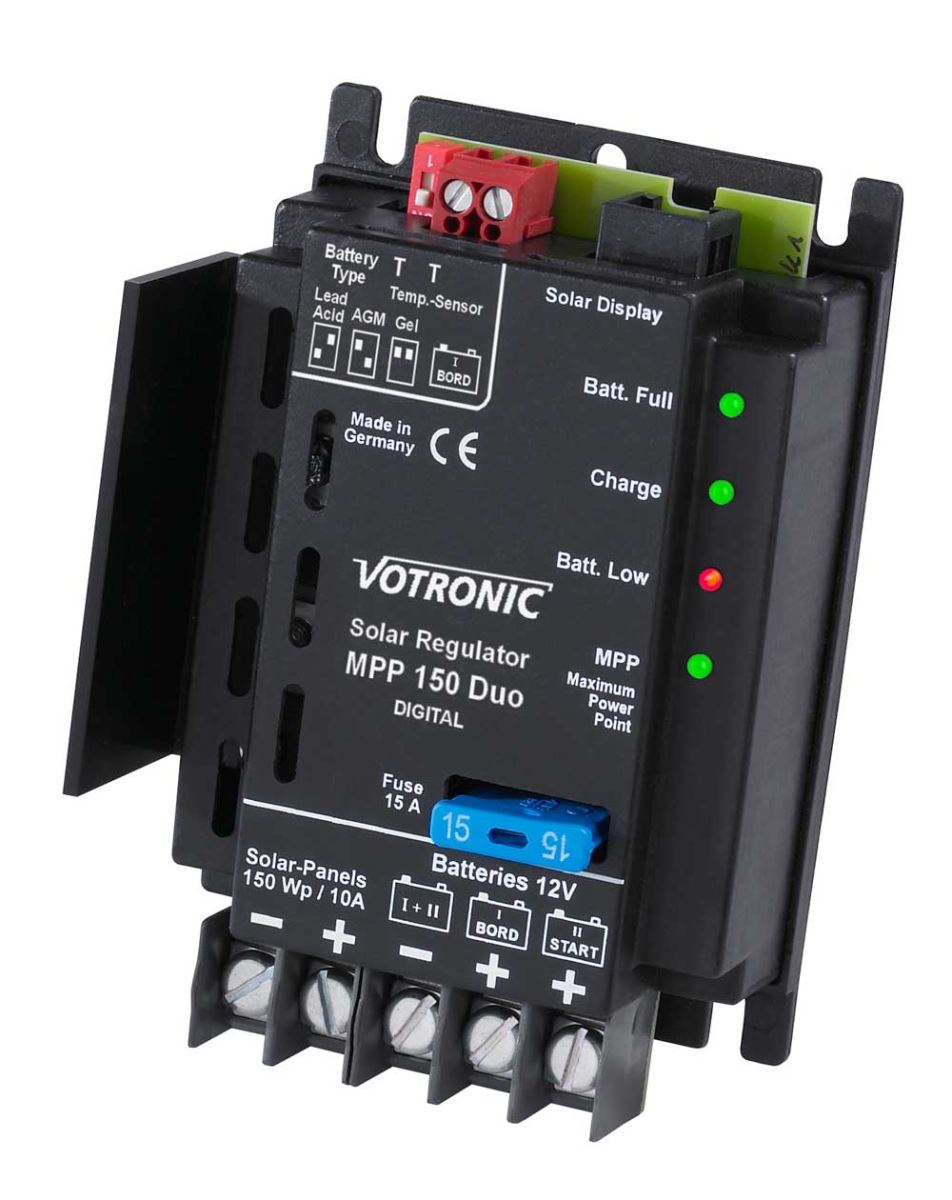 If solar panels operated at 12 volts, it would be a simple matter to connect a panel directly to your leisure battery and watch the electricity flow. Unfortunately, things aren’t that straightforward because solar panels suitable for use on caravans operate at a voltage of around 17 or 18 volts; that’s why a regulator (sometimes called a controller) has to be connected between the panel and the battery.

All regulators take the voltage from the panel and reduce it to around 12V but there are different types of a regulator, and they work in a variety of ways. The most common is known as P.W.M. – pulse width modulation. These are sophisticated regulators which don’t only convert the voltage from the panel and send it to the battery. They monitor the battery and charge it according to what it requires for greater efficiency. M.P.P.T. – maximum power point tracking regulators are even more complicated than P.W.M. models and can put a lot more energy into a battery than other types of a regulator.

Exactly how much depends on the conditions but an increase of up to 30% can be expected. However, this increased efficiency has to be balanced against the fact that M.P.P.T. models are more expensive than P.W.M. and other regulators. 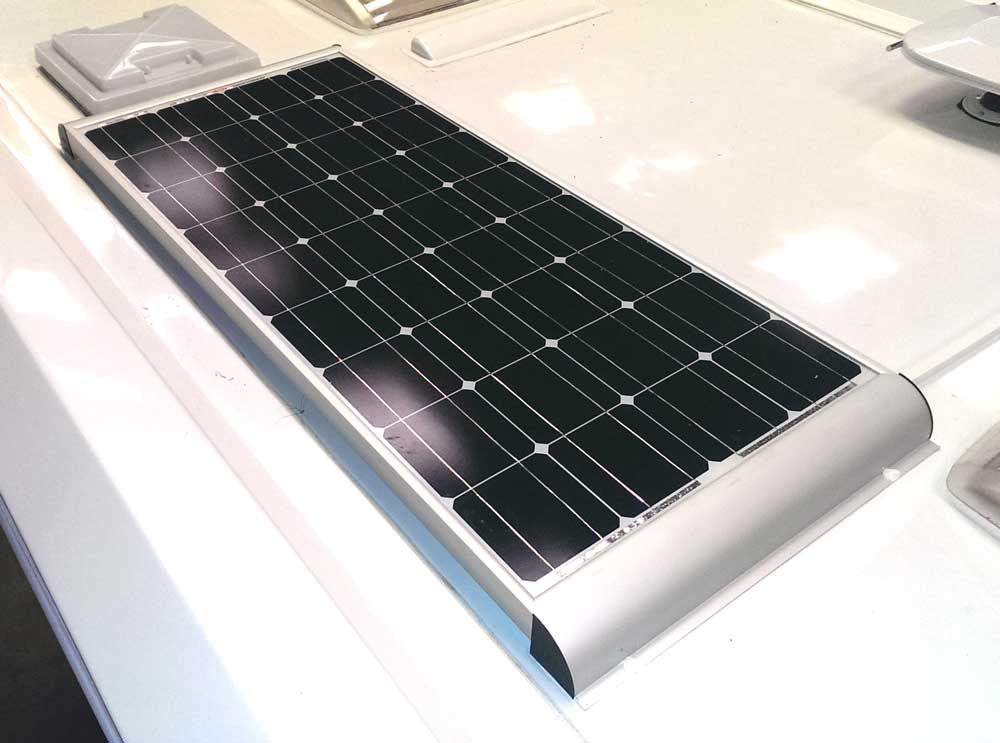 Once you’ve decided on what sort of solar panel and regulator to get, you’ll need to consider where you’re going to put them. For the regulator, that’s easy: put it as near to the leisure battery as possible to avoid voltage drop. As far as the panels are concerned, the big question is: do you mount them permanently on the roof of the caravan or do you use a portable panel that can be taken out when you’re on site and propped up in the general direction of the sun?

For convenience and security, most people have their solar panels fixed to the roofs of their caravans, and this has an added benefit too, charging the caravan’s leisure battery at all times, not just when you’re on site.

A word of caution 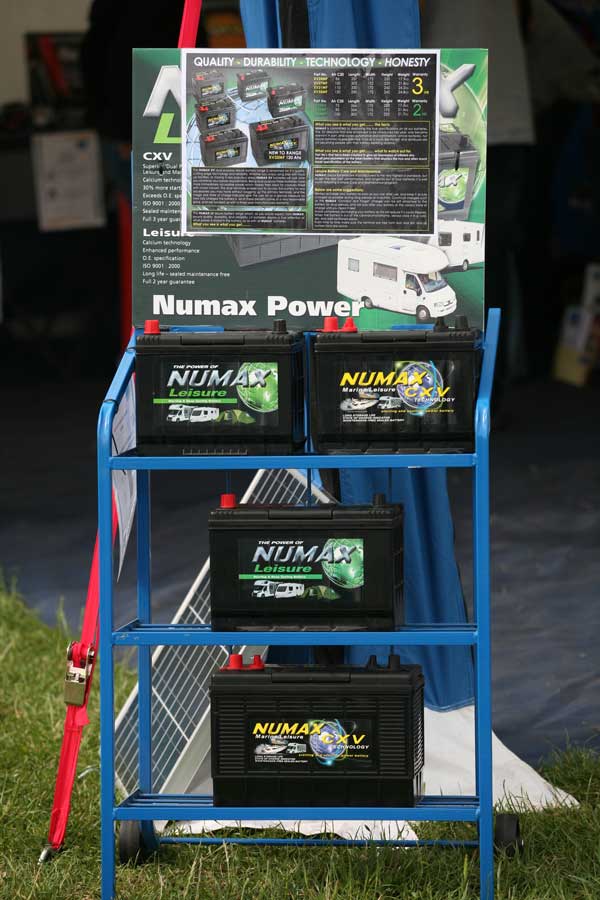 Because a solar power system is, in effect, a battery charger, you’ll need to have a good battery, in good condition, to get the most out of it. There’s simply no point getting a solar panel if your battery can’t store the energy efficiently.

Solar panels are the general good thing of which you can’t have enough. The more you have, the more electricity they’ll be generating and the more freedom you’ll have to enjoy your caravanning even without mains power hook-up. With the right system, you’ll still be able to watch as much TV as you want and, within just a few years, the system will have paid for itself. It may sound too good to be true: but it isn’t!