Coachman Vision on tour (part one) 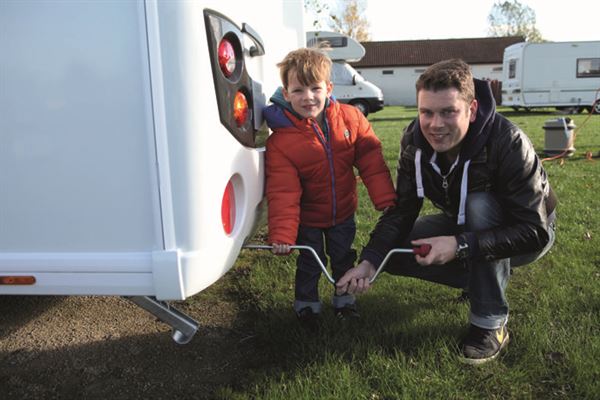 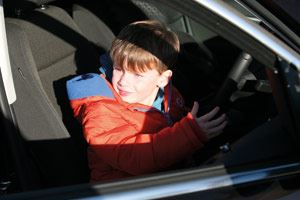 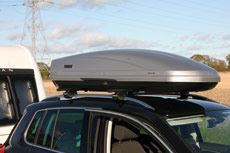 Weather warning winds? A newborn to look after? Not sure how to set up? These aren't excuses for our man Hans Seeberg – get out there are get caravanning!

Read the article below and watch the tour video here.

a bit windy? Yes, okay, there are 80mph gusts being reported but, looking at the Vision 580/5 in my driveway, that’s not going to get blown off the road is it?

Most married men will be familiar with the conversation that follows: my missus, Alex, nervously peers out of the window at the increasingly blustery conditions, before giving me a full cross-examination over the sanity of hitching a caravan to the back of our new VW Tiguan and driving 150 miles from Peterborough to a theme park in Yorkshire. With severe weather promised. With two kids in the car (one of whom, Morten, is not even four-months old).

In my robust defence I present evidence from the BBC’s website, which confirms that the worst of the storm is in the south, and that heading north will actually be SAFER, as if we’re trying to outrun a killer tornado or something. It’s settled. We’re going. 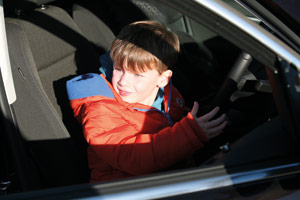 Right, first things first: let’s get this caravan hitched. In a scene that many will identify with, this usually involves one half of a married couple standing at the back of the car, tilting their arm left or right as they try to guide the driver in so the towbar is in the right place.

This has proven difficult a few times because my wife still gets confused between her left and right, despite being 35 years of age. The first time we tried, the towbar was over a foot out.

This time I’m going to try a different technique that I’m hoping will be more efficient and hold off divorce proceedings – using of the Tiguan’s brilliant rear-view camera.

So, watching the nice clear screen in the VW’s centre console, I guide the car slowly backwards until it looks central; all Alex has to do is tell me when the towball is right under the hitch, which she duly does.

I get out and it’s perfect. Not only has this car made me look quite cool, but this little bit of technology has also saved a massive domestic. They’re a car maker and Relate all in one, those caring VW boffins. 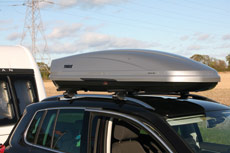 The packing then begins, with the mighty Tiguan getting stuffed with suitcases, bedding and all the million-and-one things you need to take when you’re stupid enough to go away with a tiny baby.

The burden is eased by the presence of a Thule Motion 800 roof box; 460 litres of Swedish packing capacity that effortlessly takes the extra gubbins that the VW can’t (as long as it doesn’t weigh over 75kg). It’s well worth the money, but don’t over-pack it or you won’t be able to lock it. It only took me an hour and a major tantrum to work this out.


Ready to tow, at last

Two hours after deciding the York trip is definitely on, we’re hitched and packed. I’ve triple-checked we’ve got everything. I’ve asked my four-year-old, Oscar, about eight times if he needs a wee. Morten is due a sleep. And, despite the winds picking up, none of the trees around our house have fallen down yet. Things are looking good. Off we go.

The majority of the route between our house in Peterborough and the theme park majesty of Flamingo Land involves a dull, 60mph trudge up the A1 – possibly one of the most boring stretches of motorway in a country that’s full of really boring stretches of motorway. But amid all the excitement of packing and weather monitoring, I have a confession to make: this is the first time I’ve ever towed a caravan on the road.

I can see some people overtaking me with a look of withering disdain on their faces, while others crawl past and have a good old gander at the Coachman. I like to think that these people are seasoned caravanners who are enviously eyeing up the gleaming white Vision attached to my car, no doubt having already noticed that it’s a 2014 model.

Sadly, it’s not going to be gleaming for long. As we pass the Grantham area the rain is really starting to hammer it down and the wind is picking up. I keep checking my mirrors to see if a big white box with the word ‘Vision’ on it is careering towards any grass verges but everything seems fine, despite the blustery conditions. “See, I told you it’d be all right,” I comment smugly to Alex. She’s already fast asleep.

Find out what happened when we finally arrive at Flamingo Land on the next page...


Tell us what you think!