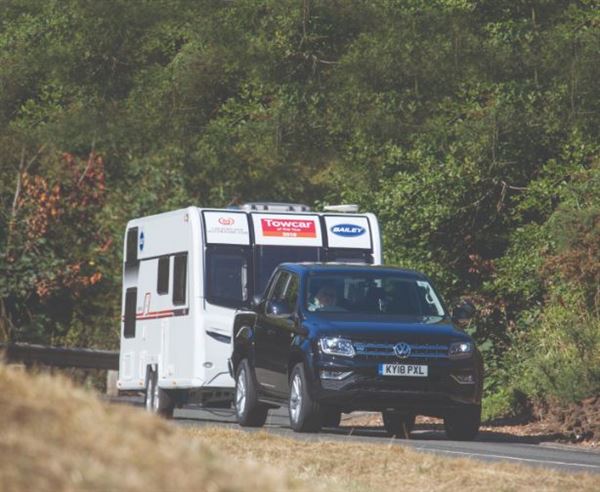 You don’t have to be a hillbilly to appreciate a good pick-up truck…but it helps.

In the past, these super-practical vehicles have had a rough image, and a ride to match.

Raucous engines, poor visibility, a woeful driving position, a thirst like Oliver Reed and a climb into the front seats that would give Chris Bonnington the jitters, all came as standard.

It wasn’t a great sales pitch, but still they sold, thanks to their ruggedness, go-anywhere attitude and impressive kerbweight.

And then in 2018 things changed. The legendary Toyota Hilux (the car that Top Gear couldn’t kill), the Mitsubishi L200 and Nissan Navara were gently pushed aside by the new king of the castle, the VW Amarok. 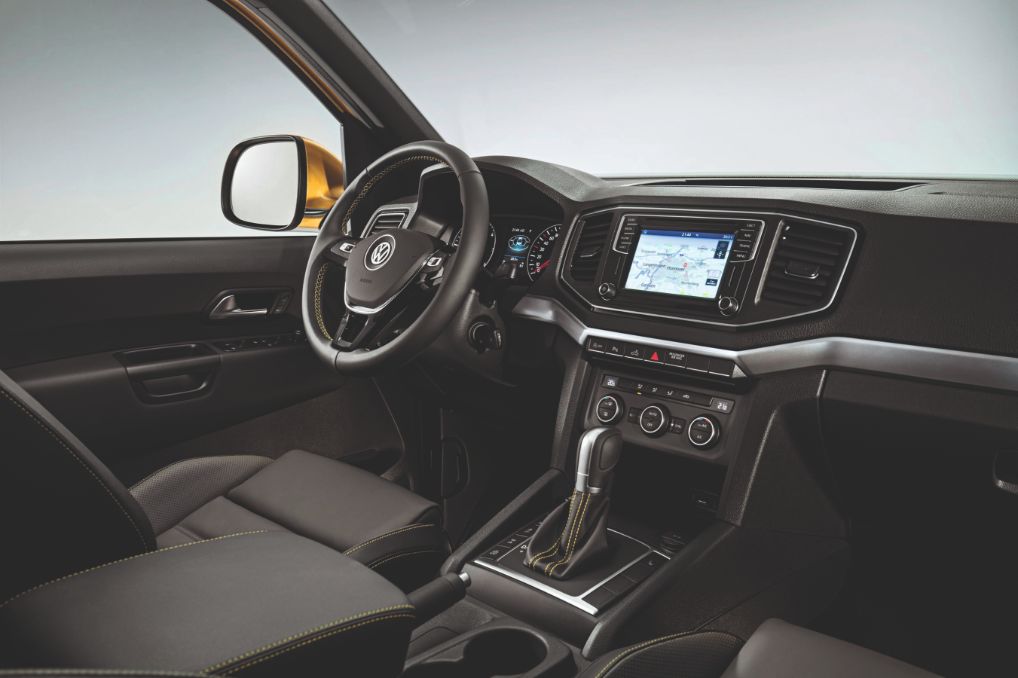 This pick-up is a beast in every sense: 2,178kg kerbweight, 258bhp engine, enough torque to pull a train and a carrying capacity of up to 1,112kg in its vast ‘bed’ behind the cab.

When we tested it, whining auto journalists climbed into the Amarok’s cab, with lower expectations than an English downhill skier.

Then, following an intensive exploration of Millbrook’s taxing circuits, they climbed out with a faint look of surprise on their faces and only good things to say.

Turns out this pick-up is a bit cultured — it’s like Billy-Bob Cooter from Alabama just got a Harvard degree. The ride is good, the driving position better. The power’s still there, it does all the tough stuff well, and, most importantly, it tows like a dream.

Hitched to a big twin-axle Bailey, the double-cab VW shirked off the hefty MTPLM with its 310lb/ft of torque. This is deftly delivered through an eight-speed auto transmission, which seems to be almost psychic in its ability to predict the terrain ahead. Slick down-changes right into the meaty section of the powerband, are delivered just when needed. 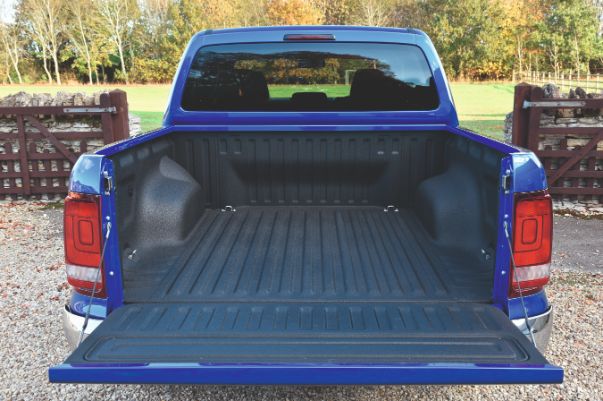 Contrary to popular belief, this pick-up is genuinely fast.

It dispatched 40 to 60mph, in-gear acceleration in 5.8 seconds… quicker than a Jag or a 3.0-litre Discovery. All the while, the gargantuan bulk ensures that stability is maintained. We bottled it at 75mph and still we couldn’t detect any signs of snaking or instability.

In fact, it was hard to tell there was a hefty tourer behind at all. Coincidentally, I was told by an AWS caravan technician the other day, that insurance companies will often reject claims for structural caravan damage if a tourer’s been towed by a vehicle with leaf-spring suspension, something most pick-ups still have.

You may want to factor this into your thinking.

The ride in the Amarok is decent, especially on smoother surfaces. On small bumps and lightly ‘corrugated’ roads, the effects are amplified.

In a first for a pick-up, the driving position and ergonomics are very good. It genuinely feels luxurious (which is a relative term when it comes to these ‘trucks’).

Handling isn’t bad for a big beast on huge wheels, either. It’ll never be a sports car, but the steering and grip are confidence inspiring.

The brakes are fantastic, too, both on the flat and on extreme hill starts, with a manual handbrake coming as standard. 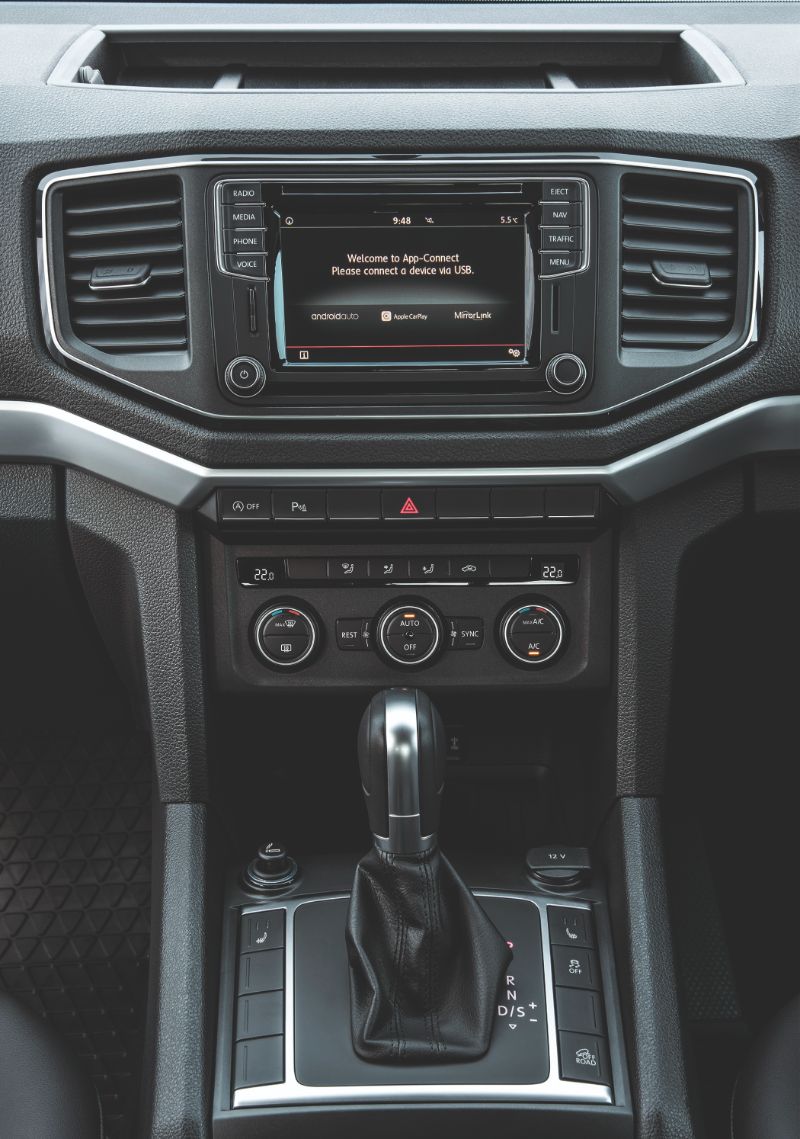 The Amarok tows brilliantly and is as practical as Bear Grylls in a jungle with a Swiss army knife; but it does have drawbacks.

Rear legroom is limited, so only ideal for smaller humans, say up to 12 or over 70. The latter may need a winch to climb in, though.

The wheels are BIG, so the tyres and bills will be, too. Expect to pay at least £100 per corner, a lot more for the recommended rubber.

It’s also extremely pricey when new — for a utility vehicle — but after three years it starts to look like a bit of a bargain.

All that aside. Pick-ups do a unique job, and if that’s what you need — to transport outdoor gear, bikes or camping kit, the Amarok is the one that does it best.

We really liked it and, for caravan towing, it’s sublime. If we ever needed a third or fourth car, this would be it.