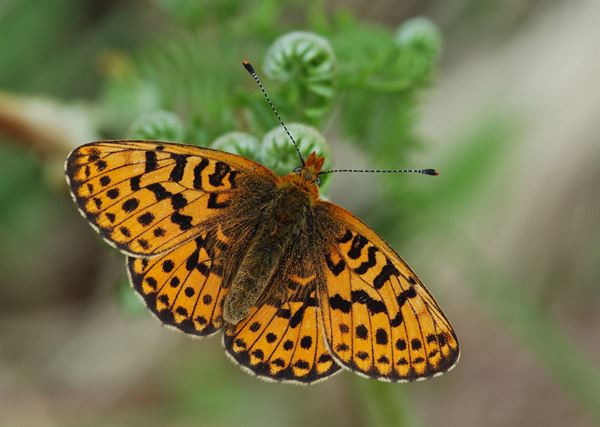 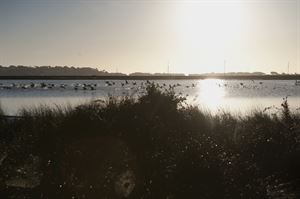 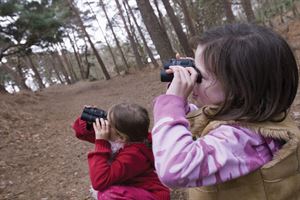 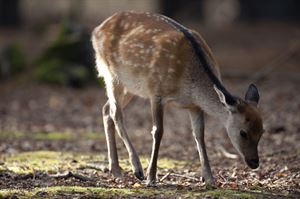 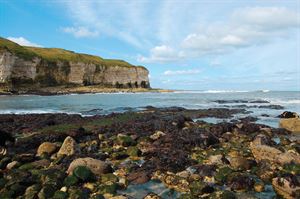 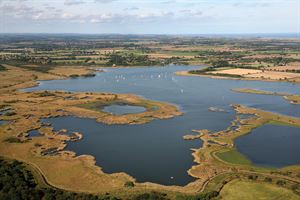 There are 37 local Wildlife Trusts in Britain. What's more impressive is that, in mainland England, most people have a Wildlife Trust nature reserve just three miles from where they live.

The Wildlife Trusts, true National Treasurers, have more than 800,000 members and 40,000 volunteers. They own or manage 2300 nature reserves. Keep on reading to see why all this attention is so well deserved.

The Great Fen in East Anglia is one of the most ambitious conservation projects in the UK for 100 years. The local Wildlife Trust is working with Natural England to create an area the size of a city, joining together fragments of ancient fen landscape to create a 9000-acre reserve.

Many years ago this was a beautiful complex of rivers, streams, grassland and bog, but it was drained for agricultural use. A full 99% of wetland has been lost, as well as Whittlesea Mere, once the largest lake in southern England.

Even though work to create this reserve still has a long way to go, you can enjoy it now by visiting the Trust base at Ramsey Heights, and two Sites of Special Scientific Interest. Woodwalton Fen is one of the oldest nature reserves in Britain, and Holme Fen is close to the land that once lay under Whittlesea Mere.

The Gwash Valley in the tiny county of Rutland is now largely underwater! Rutland Water covers 3000 acres of countryside, with two hamlets and several beautiful thatched cottages below its surface. In 1976, they were submerged to supply water to nearby Peterborough.

These days, there’s a huge leisure park with a 17-mile, picturesque circular cycle route around the lake. Rutland’s most photographed landmark, the partially submerged St Matthew’s Church, Normanton, is floodlit at night.

Arrive by boat at a National Trust garden and tearoom, with cottages reflected in the tiny harbour and peacocks all around you. But you’ll be missing something very special if you stay at the south side of this island in Poole Harbour. On the north side, looking towards the mainland, is a vast nature reserve, with a large lagoon.

Dorset Wildlife Trust manages this reserve. It’s a popular site with native birds and it’s a rare southern enclave for red squirrels who live among the enormous pines. There are 200 red squirrels on Brownsea Island. They’re not easy to see but they do come to feeders by the Villa, the Wildlife Trust visitor centre.

Flamborough Head has one of the most important seabird colonies in Europe, and it’s also one of Britain’s most dramatic coastal landscapes. In summer, the cliffs are packed with tens of thousands of breeding auks, gannets, puffins and gulls. Come again in autumn and you can see the migrant birds.

There are thrushes, warblers and finches in the gorse-covered scrub at nearby Holmes Gut. The reserve has scarce species too, including the burnet companion moth, and the yellow-browned warbler.

The Yorkshire Wildlife Trust has a new Living Seas Centre packed with resources for children, whether they’re interested in science or crafts. Flamborough Head is spectacularly good for cycling trails and for rock pools. You can see a virtual pool at the Living Seas Centre, then find the real thing at South Landing, nearby.

If you’ve never been to the Norfolk Broads, you’ll be astonished by the opportunities to see rare and beautiful species. Hickling Broad is situated in the upper stretches of the River Thurne and is the largest expanse of open water in the Broads. It is a National Nature Reserve.

You’ve a good chance of seeing otters, swallowtail butterflies, and kingfishers, and an even better chance of seeing a barn owl. There are also bitterns, merlins, hen harriers and Cetti’s warblers. In winter, there are marsh harriers in the reeds near Stubb Mill.

Brockholes, near Preston, is Lancashire’s new nature reserve, with a visitor complex that floats on the lake. It has a café and a large children’s playground as well as a wide variety of man-made habitats. Even though much of this has been created by bulldozers and architects, the reserve maintains a wildness to it and does not feel like an over-controlled visitor experience.

There is a serious wildlife purpose here. The steep sides of an abandoned gravel pit and island have been reprofiled to create shallow underwater ledges, making Brockholes an excellent place for birds to roost. The reedbeds are home to sedge warblers, reed warblers, reed buntings and water rail. New grassland at Boilton Marsh supports wading birds such as lapwing, redshank and snipe.

Upton Towans is a very special nature reserve, beautifully located in a part of the South West that is brilliant for a fortnight’s holiday or longer. It’s close to the beaches of Gwithian and Hayle, on the vast sandy sweep of St Ives Bay, which is popular with sunbathers, surfers and bodyboarders.

The nature reserve is crossed by a network of footpaths including the South West Coast Path. Keep your eyes open for the purple pyramidal orchid on sand dunes and areas of blown sand.

There are glow worms at Upton, too. These beetle larvae shine thanks to a chemical reaction, but only if they are female. They might look amazing, but they have a dark side. They are carnivores that track down small snails by following their slime trails, then paralyse them and suck the meat out of their shells.