Me & My Van: Young Tourers - Karl and Rhea 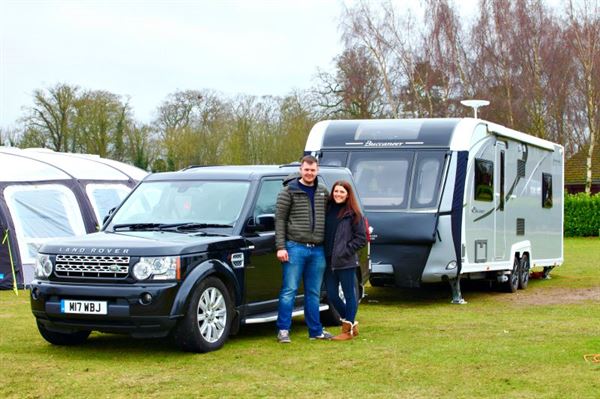 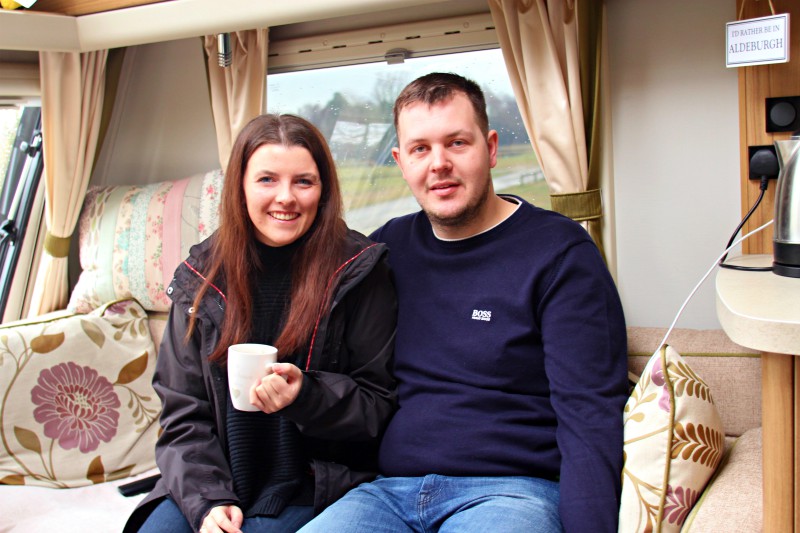 How did you two get into caravanning?

I've been caravanning with my parents since the year dot; Rhea has been dragged into it. My brother and I had a 1993 Buccaneer Elan we used at the weekend for motocross outings!

Then I met Rhea who showed an interest in my hobby, so she got thrown in at the deep end, and we went away for a weekend in the Elan. I thought this will either make or break our relationship – she loved it!

Unfortunately, our trips away started to clash with my brother's motocross events, so we sold the van. My brother bought a motorhome, and we bought a new Swift Conqueror 650 in 2016.

Absolutely, last year we spent 70 nights away doing Swift rallies, motocross and having fun with friends. There's only one problem – Rhea's job! She doesn't finish until late, meaning we arrive late on site and normally in the dark. At the end of 2017 we exchanged the Swift for this 2018 Buccaneer.

What made you change so soon?

It was the automatic levelling system that sold it to me. After a long tow it takes the hassle out of pitching. Rhea fancied an L-shape lounge and more space in the kitchen, and this van has both.

The other thing that clinched the deal was wall space; unlike most vans, this one has space to hang a decent-sized TV with surround sound.

The dealer didn't know how to hang our 32-inch, flat-screen television, but I did, being a joiner. It now sits in a purpose-built bracket.

Are you members of the caravan clubs?

Our Barracuda allows us to be members of the Buccaneer and Elddis clubs. We have also joined the Caravan & Motorhome Club, and we're also in the 'Wobble Box' Club.

The Wobble what club?

The Wobble Box Club, because caravans wobble down the road! It's mainly made up of younger ex-Swift members who wanted to stay friends. We joined about six months ago and it's great.

The Swift Club is mainly made up of families or people more adult than us. We try to arrange rallies in the centre of our members' catchment areas, normally to coincide with a big birthday or something.

We do the normal rally things – bike rides, BBQs, socialising and having fun. And there's quite an art to organising an evening in, when 24 friends drop round for a drink!

Does being a young caravanning couple present any difficulties?

There isn't much information out there to help us with the rights and wrongs of caravanning.

The first and most important thing is the driving licence and what we can tow. I was lucky I had already upgraded my normal licence to 8.25 tonnes, due to my work.

Unfortunately, insurance companies aren't that keen on us – but we aren't all crazies! Even dealers don't take us seriously; we arrive looking for help, and we're either ignored as time wasters or shown to the budget vans. Don't they realise we have more disposable income than young couples with families?

What other problems have you encountered?

I've recently started the Young Caravanners' Club; you'll find us on Facebook. We have 205 members but organising a rally is near to impossible. The moment I mention the age of our members, the campsite owners don't want to know.

Secondly, when Rhea and I turn up on site people automatically think we are pitching the van for my parents who must be following – they don't believe me when I say: 'No, this is our outfit'.

What would you do differently?

Design a large two-berth caravan with a modern interior, including space to hang a large TV and surround sound system, with power points close by. More than one USB socket in usable places for recharging telephones, not in the kitchen as in our van.

Another awning light over the Aquaroll/Wastemaster area for that evening fill. And please employ younger reviewers to give a fresh, new insight into the industry.