The 10 best of the south west - top campsites in Cornwall 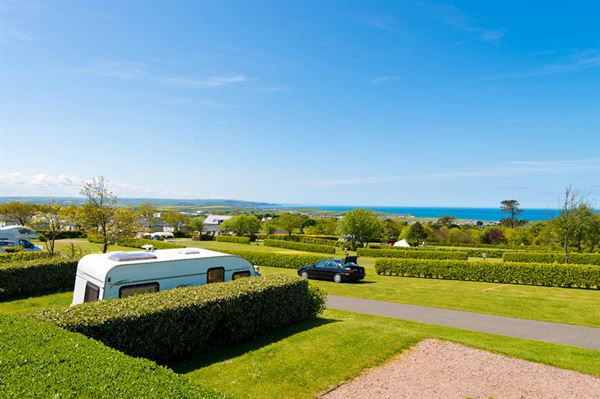 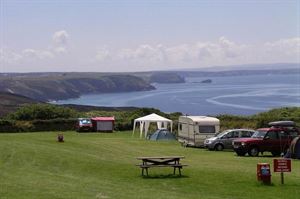 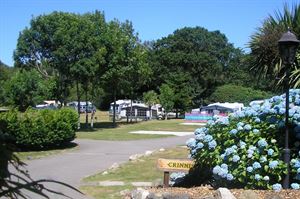 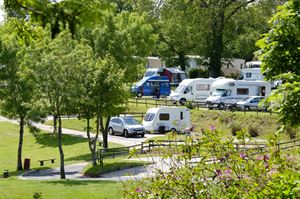 The south west of England is a popular tourist destination and the county of Cornwall has plenty to offer - glorious sandy beaches, picturesque towns and villages, and some great attractions such as The Eden Project. A popular county such as this has an array of campsites to choose from, so to take the hassle out of planning your next holiday we've selected 10 of our top Cornish campsites below.

Wooda Farm is a family-oriented site, set in 40 acres of parkland and woodland with views of Bude Bay and countryside from some pitches. Signposted trails with a Cornish pixie theme lead you through the woodland, there’s an exercise area where dogs can be let off leads, and dogs are welcomed on the woodland trails. Wooda Farm’s eating facilities are the Courtyard Bar and Grill, plus a takeaway. There’s a long list of attractions here, including pygmy goats, chickens and lambs, plus tractor and trailer rides, tennis courts, indoor archery, clay pigeon shooting, pitch ’n’ putt and fishing in the site’s own lake. Pitches are large, fully serviced and hedged with flowers and shrubs.

Rosebud Farm is set in a rural location in the village of St Teath with just a 10-minute walk to the village shop and The White Hart Inn which serves good food. The local beach is Trebarwith Strand which is also about 10 minutes away – two miles by road and just over a mile on foot. This adults-only site is set in six acres with 50 grass pitches positioned against the hedgerows and with views over the Allen Valley to Bodmin Moor. It’s the perfect site for walkers and cyclists wanting to explore traditional coastal villages and historic fishing ports, and also good for anyone wanting to explore Bodmin Moor and conquer its lofty tors.

One of the most famous attractions of Cornwall has to be The Eden Project. With its distinctive biome domes dotted in the Cornish countryside it is home to the largest indoor rainforest in the world, complete with canopy walkway. The pitches at Carlyon Bay are nestled between oak, chestnut and sycamore trees, yet the coast is within walking distance. The campsite has full facilities including an outdoor pool, children’s playgrounds, table tennis, crazy golf and tennis courts. There’s also a shop and a Country Kitchen, which serves food and takeaway meals.

Heligan Woods adjoins the famous Lost Gardens of Heligan which can be accessed through an adjoining gate. These wonderful botanic gardens feature a series of lakes, sculptures and different floral areas including huge rhododendron forests which are great for young and old alike to explore. The campsite is also only two miles from the coast and has views over countryside towards the sea and the fishing village of Mevagissey. There is a selection of touring pitches and the five-star facilities include a play area, heated bathrooms, and a well-stocked shop.

Promising an experience of traditional Cornwall at its very best, Wayfarers is in an excellent location near Penzance. It’s just two miles to Mounts Bay, where the enigmatic St Michael’s Mount rises from the sea to grace a million postcards. Wayfarers campsite is licensed for 60 touring pitches, but uses only 32 of these in order to maintain a low-density, low-pressure ambience. For the same reasons, the site is for adults only and has no clubhouse or bar. It does, however, provide a distinct contrast to the noisier holiday parks.

Occupying a clifftop position at Polzeath means that you can enjoy amazing coastal views from the moment you wake up at Tristram Campsite. The golden, sandy beach is a mere 50 metres away, accessed by a gate from the site. You can also walk into the little village of Polzeath which has a supermarket, surf shops and a café overlooking the beach. The South West Coast Path passes close to the site so this area is a walker’s paradise. The campsite itself is aimed at couples and families only and offers pitches on grass with electric hook-ups. Premier pitches are terraced and located closest to the beach.

At Beacon Cottage Farm you are only 10 minutes’ walk from Chapel Porth beach, which is a sandy cove with caves to explore and rock pools to paddle in. The picturesque village of St Agnes is a short drive away (one-and-a-half miles) or you can take a scenic footpath which runs through fields and by the foot of St Agnes Beacon. There is access to many coastal walks from the site and you can also see the remains of Wheal Coates tin mine. Set on a working family farm, Beacon Cottage has 70 pitches set out in six small, landscaped paddocks with sea and coastal views. Other pitches are surrounded by trees for those who prefer some shelter.

The bay at Treyarnon is surrounded by low cliffs and backed by sand dunes. At low tide a deep expanse of fine sand is exposed, making this beach popular with families. Nearby Padstow is a great fishing village with plenty of places to eat including several establishments owned by renowned chef, Rick Stein. The touring field at Treyarnon Bay has amazing views out to sea, and facilities include a shower block, laundry room and pot wash. Dogs are welcome on site but not during the peak seasons of July and August.

The legend of King Arthur has always drawn visitors to Cornwall and the mystical village of Tintagel. The main attraction is the ruined castle which stands high on the cliffs and is said to be the birthplace of King Arthur. On the beach below you can spot Merlin’s Cave and if you head into the village to King Arthur’s Great Halls you can learn fully about the legend of King Arthur in all its glory. The Headland Caravan and Camping Park is just a 10-minute walk from Tintagel Castle and 300 yards from the coast path. The local village is also a short walk, meaning shops and places to eat are easily reached without the need to drive.

Franchis Holiday Park is situated on the Lizard Peninsula just outside Mullion, between farm and woodland. A few minutes’ drive will have you at Mullion and it’s only five miles to Helston. The Lizard Peninsula is a place of breathtaking scenery, with unspoilt, tiny fishing villages huddled into coves. There are sandy beaches aplenty with many uncrowded and undiscovered by the tourist hordes. Much of the area is owned by the National Trust and you can walk to your heart’s content taking in the unforgettable views.