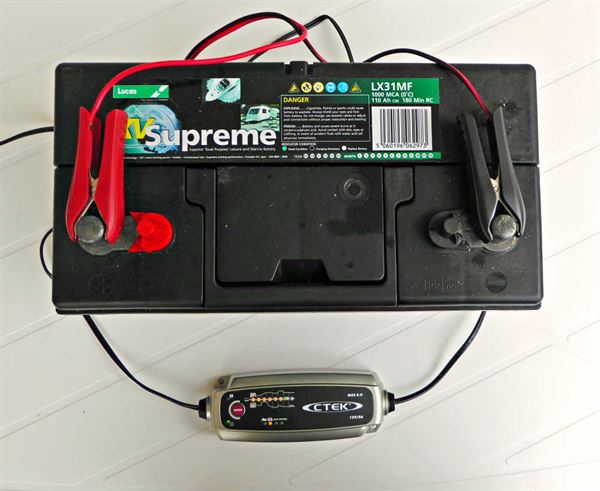 A guide on how to charge your leisure battery and care for it.

It's a fact that few batteries die a natural death. Most are murdered by owners that cycle them too deeply, let them sit discharged for too long, or store them at too high a temperature. Here we look at what you can do to protect your investment against premature failure.

With care, a lead acid battery can last for seven years or more. Without care, it could be dead inside one. Perhaps the biggest single cause of premature failure is leaving a battery in a partial, or complete, state of discharge for more than a few days.

As lead-acid battery discharge, lead sulphate forms on the plates. During recharge, the sulphate converts back to lead and lead dioxide. However, if left for an extended period, the sulphate crystallises, making it difficult to change back.

The process is known as sulphation and can significantly reduce the performance of the battery.

Over the years, various remedies and chargers have appeared that claim to reverse the effects of sulphation but, in the author's experience, it's much better to avoid it in the first place.

The second leading cause of premature failure is over discharging. The deeper you discharge a lead-acid battery, the shorter its life will be. A budget leisure battery that in reality is little different from a car battery may suffer damage if discharged below 80% of its capacity - see 'lead shedding'.

A quality flooded leisure battery, will tolerate discharge down to 50% on a regular basis, as many as 200 times. AGM and gel types can nearly double this, although you need to take care when charging gel batteries if you want to avoid damage - see the panel. 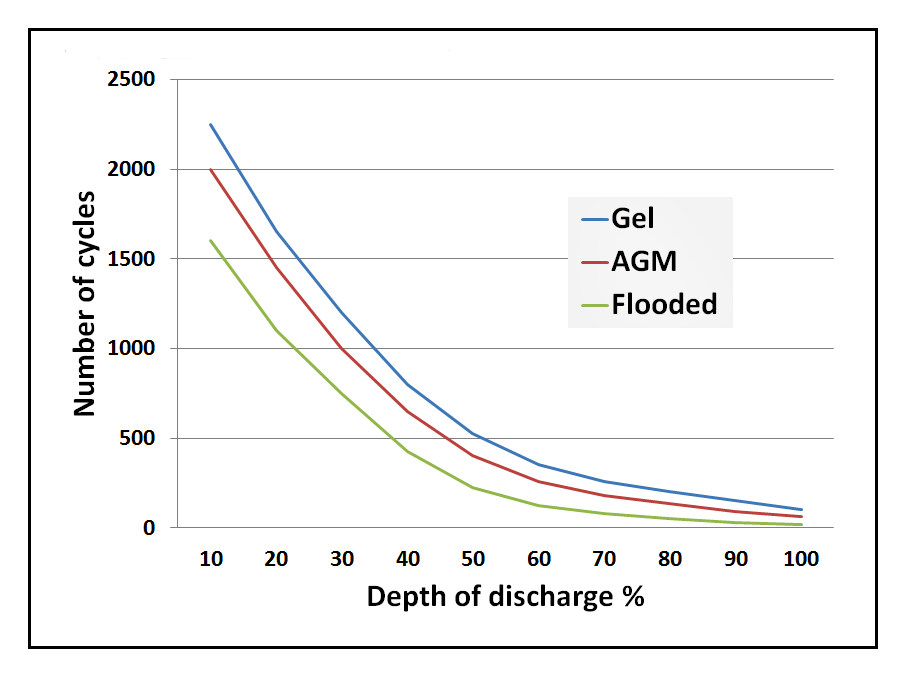 Above: Typical performance curves for quality leisure batteries in a caring regime

The voltage of a battery at rest, and without load, is an indication of its state of charge. The following table shows the approximate state of charge of a lead-acid battery under these conditions.

If you aim to stop the voltage going below 12.20 volts on a regular basis, this will greatly help battery life. This voltage equates to about 50% charge with a flooded battery, and 40% with AGM and gel types. 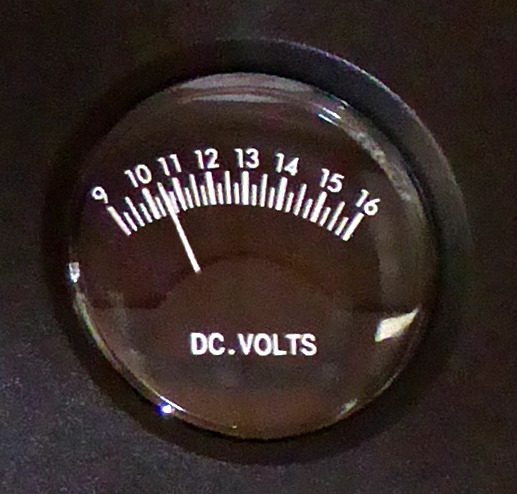 Above: A caravan battery this flat is only fit for recycling

Flooded leisure batteries may require topping up from time to time as the level of electrolytes fall when the water content converts into hydrogen and oxygen. For this purpose, you should only use distilled, or de-ionised water. Tap water contains minerals that may reduce a battery's capacity and increase its self-discharge rate. 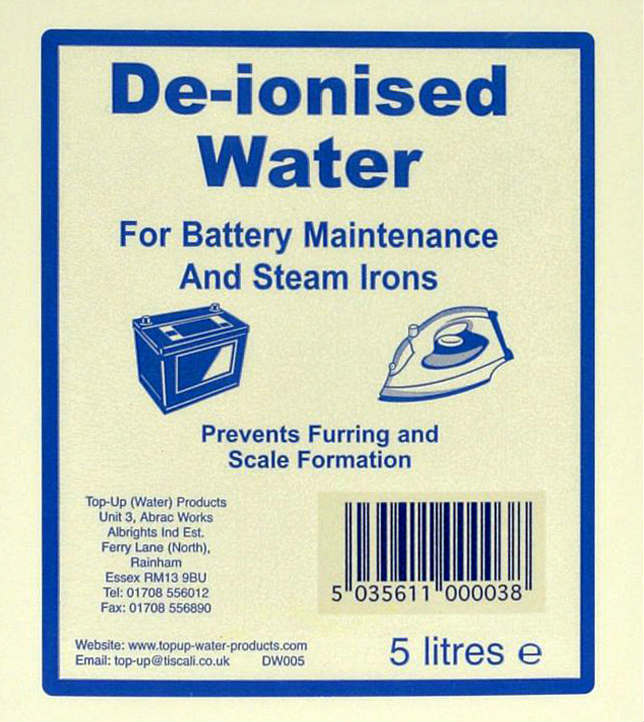 Above: Only use deionised or distilled water for topping up

Don't allow the tops of the plates to become dry, as this will cause damage. When low, add only enough water to cover the exposed plates before charging. Always fill to the correct level after charging. On no account should sulphuric acid be used for topping up, as this will upset the battery's chemistry and accelerate corrosion. 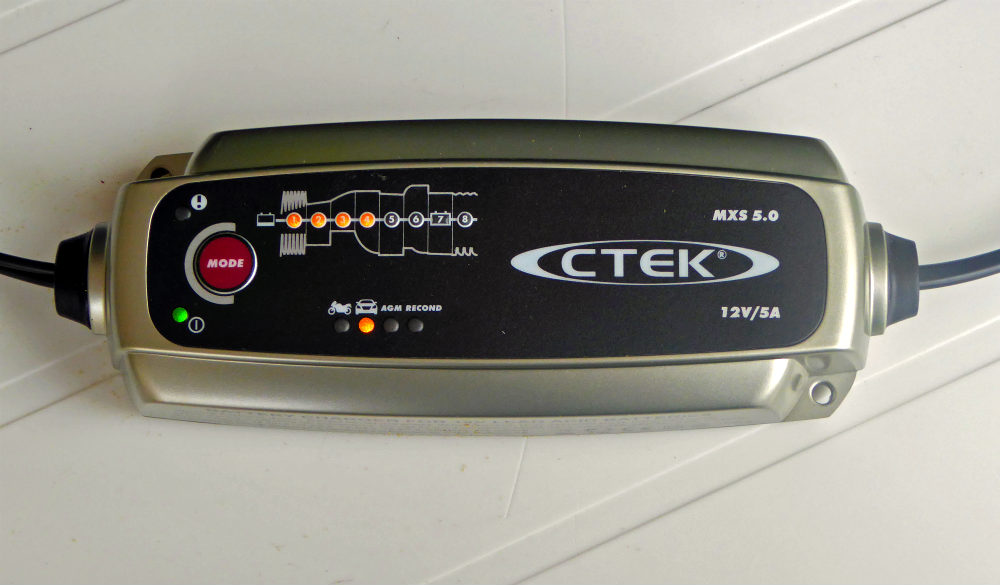 Above: A multi-stage charger in action

The primary function of a caravan's power supply is to provide 12-volt power, and not to charge the leisure battery. Many are designed to work at a constant voltage of 13.6, to 13.8 volts. This level is carefully chosen to prevent gassing and possible damage to the battery through overcharging.

However, it is not enough to give the battery a full charge. For this, the voltage needs to rise to 14.4 volts for a period, before dropping back.

In recent years, some caravan manufacturers have fitted 'intelligent', multi-stage, power supply/chargers. During stage one, the battery voltage is increased gradually while the current is limited to start the charging process and protect the battery. At stage two, the voltage rises to 14.4 volts to deliver the bulk charge to the battery.

When you charge the battery, the voltage decreases at stage three to 13.6 volts, to provide a float charge to maintain the battery in the fully charged state, while preventing damage through overcharging.

If a load, such as a water pump switches on, the charger senses it and increases the voltage back to 14.4 volts to keep the battery topped up. You can leave such Chargers turned on continuously, and it will take pretty good care of your battery.

Your handbook should give details if you have one these fitted.

Where caravans fitted with a constant voltage power supply, rather than an intelligent charger, it's a good idea to remove the battery occasionally and to charge it with a multi-stage charger, such as one such as those manufactured by CTEK. You can leave these connected indefinitely without fear of any damage.

You can easily damage Gel batteries through overcharging, so it's important to check that any charger you may wish to use is suitable for use with the size of battery you have. As a general rule, the charging current should not exceed 0.2C, where 'C' is the amp-hour capacity of the battery.

Once charged, it's important to drop the voltage back to about 13.6 volts to avoid damage.
Charging issues are one reason why AGM have largely superseded gel batteries AGM batteries in many applications. These have most of the advantages of gel, with none of the disadvantages.

One of the factors that can reduce the life of a battery is 'lead shedding'. Lead particles fall off the plates during use. The phenomenon is mainly seen on the lead oxide paste applied to the positive plates of the battery. It's a natural occurrence that you can't avoid, but it can be reduced by avoiding deep cycling and overcharging.

Charge too quickly, and you can overcharge a battery, or if the float voltage at the end of the charge exceeds 13.8 volts for an extended period. Overcharging can lead to gassing which, in time, can cause the lead paste to fall off. 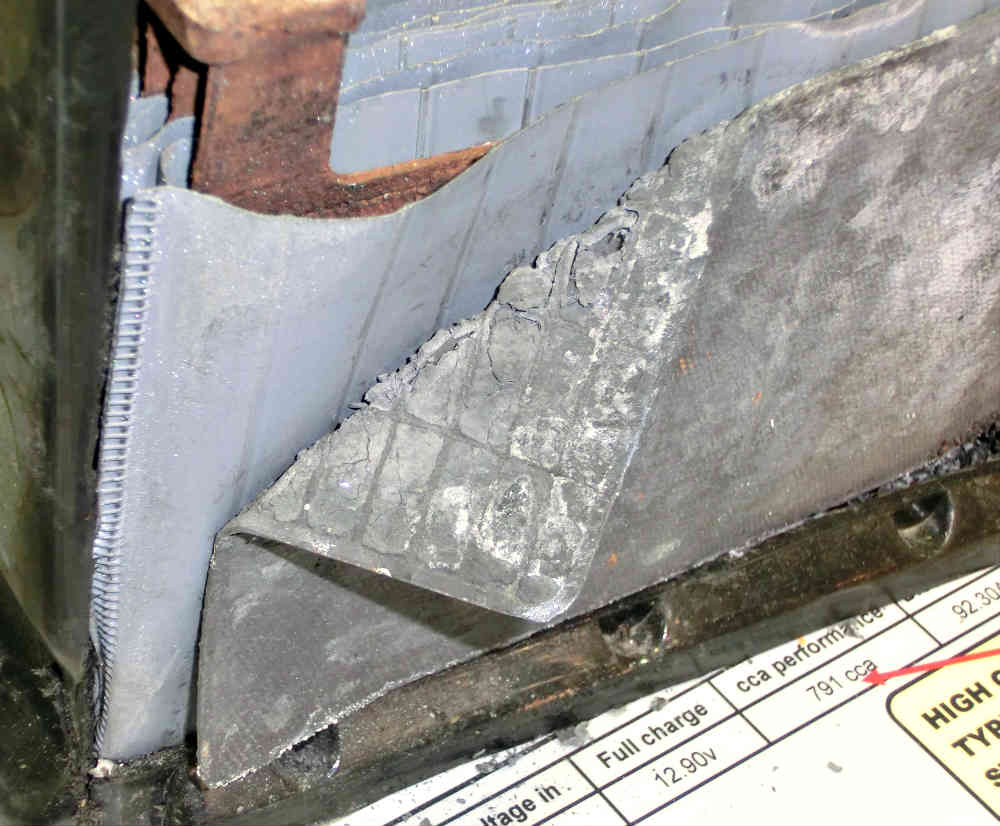 Above: The poor state of the plates on this battery shows why it failed

These so-called 'soft shorts' are difficult to detect, as the battery behaves normally after a charge. At this stage, the only clue might be a warming of the battery. However, after resting for 24 hours, the battery's open circuit voltage will be reduced, as the short will have consumed some of the battery's energy.

By the nature of their construction, AGM and gel batteries have a much better resistance to lead shedding than flooded types. It's also worth noting that flooded batteries designed for leisure use should contain glass fibre sheets pressing against the lead oxide paste. These help to hold it in place during deep cycling. 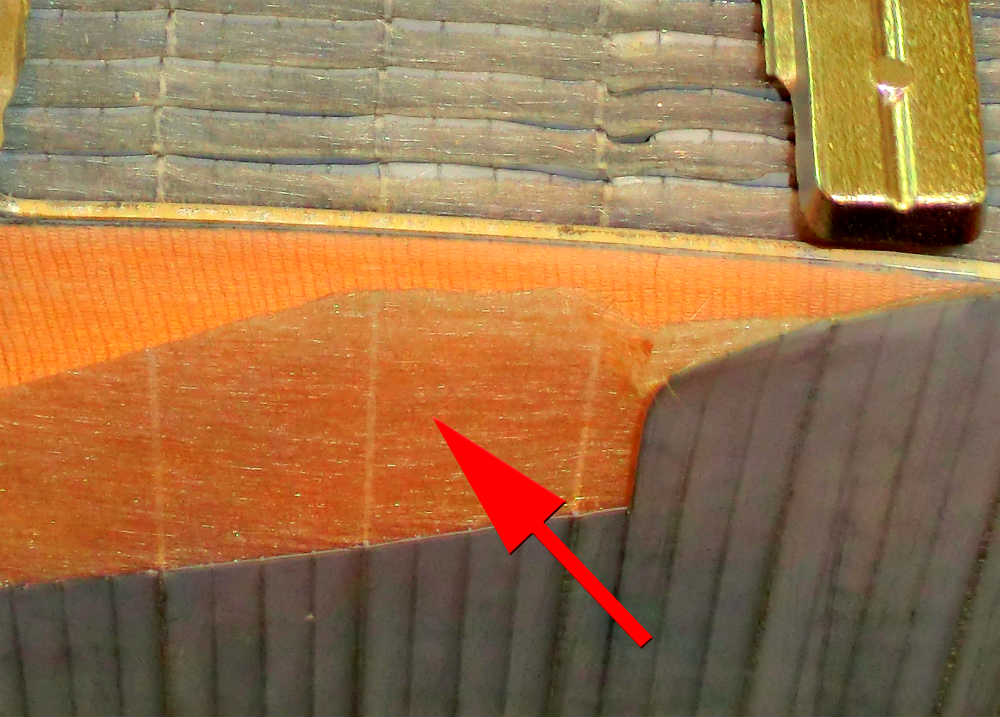 Above: This glass fibre sheet helps to hold the lead paste onto the plates during deep cycling

All batteries slowly discharge, even when not connected to anything. With lead acid batteries, the rate of discharge depends on the ambient temperature and the type of construction.

At a temperature of 25 degrees Celsius, flooded batteries self-discharge at about nine percent per month, whereas AGM and gel types come in at around 3 percent.

At 10 degrees Celsius these figures are more than halved so that maintenance charges can be less frequent during the winter months.