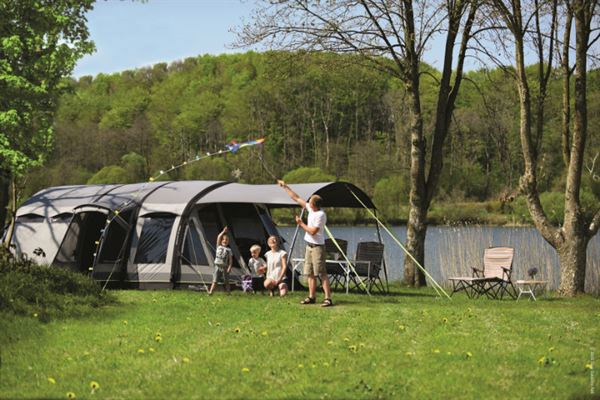 Back in the mid-nineties, Britain was a nation divided. As bitter conflict raged, friends and families were torn apart. Yes, in the great Britpop Wars you either pledged your allegiance to Blur or Oasis, and never the twain shall meet.

These were the days of “Cool Britannia” – when music, art, fashion and politics all came together in a way we hadn’t seen since the swinging sixties. As Britpop reached its peak in 1995, camping was also becoming cool. Partly due to the popularity of music festivals in the early part of the decade, more and more young people were choosing to go camping with their families.

But this new generation of campers didn’t fancy the back-to-basics approach to life under canvas – they wanted comfort and convenience. That meant spacious, watertight tents that were easy to put up, cosy sleeping bags that would keep them warm through the night and smart-looking furniture that was comfortable to sit on. They wanted good quality, but at a price they could afford. And a few hundred miles across the North Sea, a new Danish outdoor brand called Outwell was ready to deliver.

Oase Outdoors, Outwell’s parent company, was founded in 1984 by Mogens Arens, who had more than 20 years of experience in the outdoors industry. His firm started out with a staff of three and was originally based in the family home in Denmark. In 1993, Mogens’ son, Henrik, joined the family business to work on innovation, before becoming Managing Director in 1994. 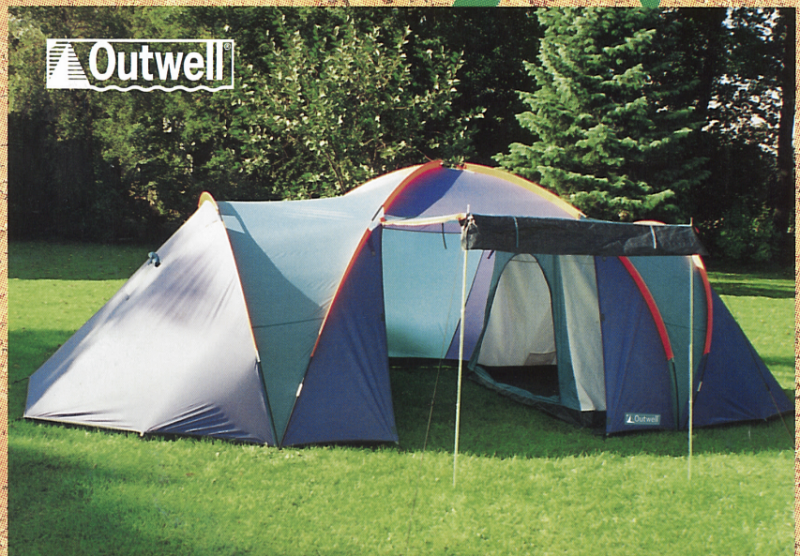 He was at the helm when Oase launched the Outwell brand in 1995, having identified a gap in the market for affordable, quality tents and accessories aimed at family campers. Four years later, Outwell expanded into the UK, bringing a completely new approach to the outdoor market here.

Many of the features we now consider to be basic on family tents were developed by Outwell – from luminous guylines, to sewn-in groundsheets. Over the last decade, the iconic Montana 6, or “The Monty” as its legions of fans prefer to call it, has become the standard design for a family tent. And it’s not just tents – the Collaps range of foldaway accessories is standard issue on campsites up and down the country.

The first Outwell tent, the Family Dome, was an instant success when it was launched at the end of the nineties, and it was quickly followed by the Hartford range which remained a popular part of the collection for several years. By 2000, the UK was becoming a major market for the expanding Outwell range and that coincided with a move to the current purpose-built premises in mid-Jutland. 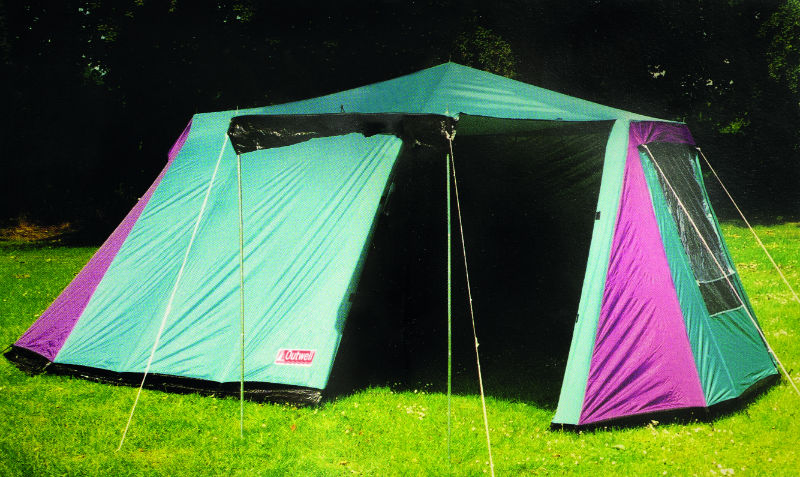 A visit to the 2,500 square metre showroom in the small town of Give, not far from the Legoland resort, reveals the huge scale of Outwell’s product range. From the outside it’s a fairly unassuming-looking office building, but step inside and you find yourself in a campers’ paradise. The space is filled with tents of all shapes and sizes, awnings for caravans and motorhomes, multicoloured sleeping bags, camping furniture and shelves brimming with accessories.

Outside a huge field is devoted to yet more tents – not just Outwell, but sister brands, Easy Camp and Robens, too. And this is where the testing facilities are to be found, including a wind and rain machine that can simulate hurricane-force blasts of more than 100mph and six month’s worth of rainfall in just 20 minutes!

Underpinning the brand ethos is the fact that the staff are experienced and enthusiastic campers themselves and understand what their customers want. And their passion for the gear that they help develop is infectious.

As you might expect from a Scandinavian company, design is a huge part of what Outwell is about. Ideas for new products come from campers of course, but also a diverse range of other sources… fashion, architecture and even public transport all provide inspiration for the team of designers.

A great example of this is the recently introduced Panorama philosophy, which was inspired by the trend in architecture for integrating indoor and outdoor living spaces. Outwell’s designers looked at the sleek lines of modern vehicles – particularly minivans and buses – for ideas, as well as the designs of architect Frank Lloyd Wright, including his famous Fallingwater house in Pennsylvania.

Just as Wright’s designs blurred the lines between outdoor and indoor living, the Panorama front openings create a veranda effect that brings the outside world into the tent. 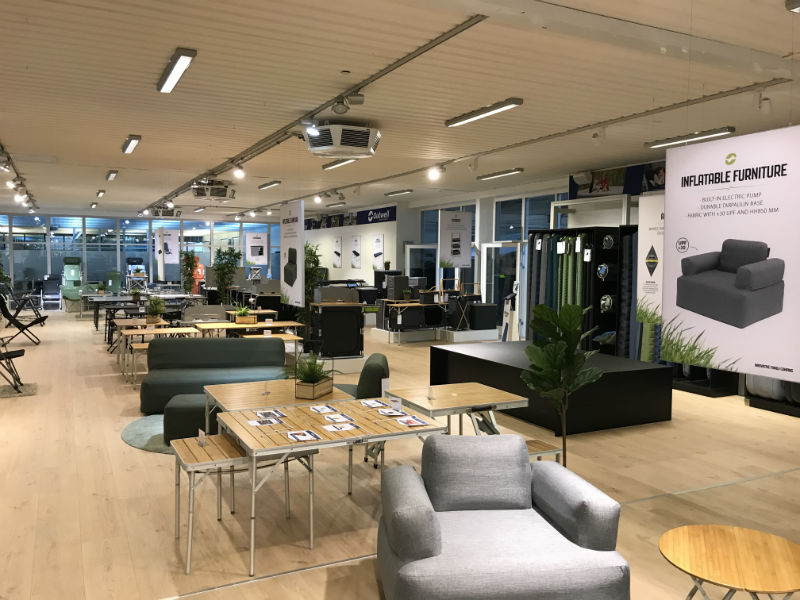 For 25 years Outwell has been at the forefront of family camping innovation, and two-and-a half decades since the first tent rolled off the production line, the Danish company shows no signs of letting up. The 2020 range features 49 inflatable and poled tents – including 24 new models – aimed at family campers.

Among the new features introduced this year are Quick & Quiet inner doors, which use magnets for silent access to bedrooms, the HookTrack System that allows you hang lights and small items where required inside the tent and the new versatile Wing Lounge.

Henrik Arens, who remains Managing Director of Oase, said: “This year, we celebrate our 25th anniversary of designing, making and delivering the finest poled and air tents, awnings and camping equipment in the market.

“I look back with pride on our heritage of innovation, style and performance that has enabled Outwell to exceed consumer expectations and to raise standards to new levels in the industry. I look forward to building on these firm foundations to extend both our success and our reputation.” 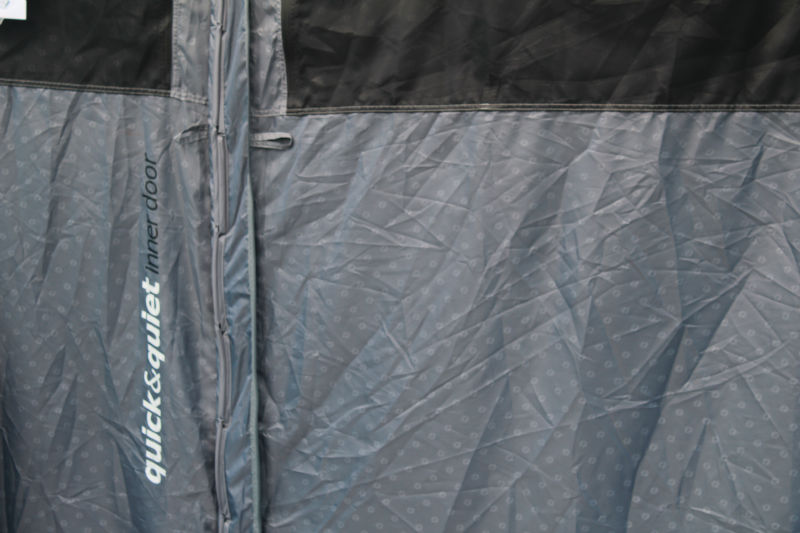 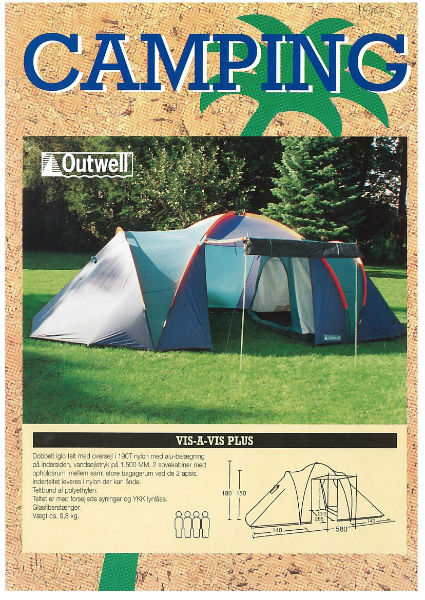 2009
The extension concept is launched, followed a year later by a range of awnings 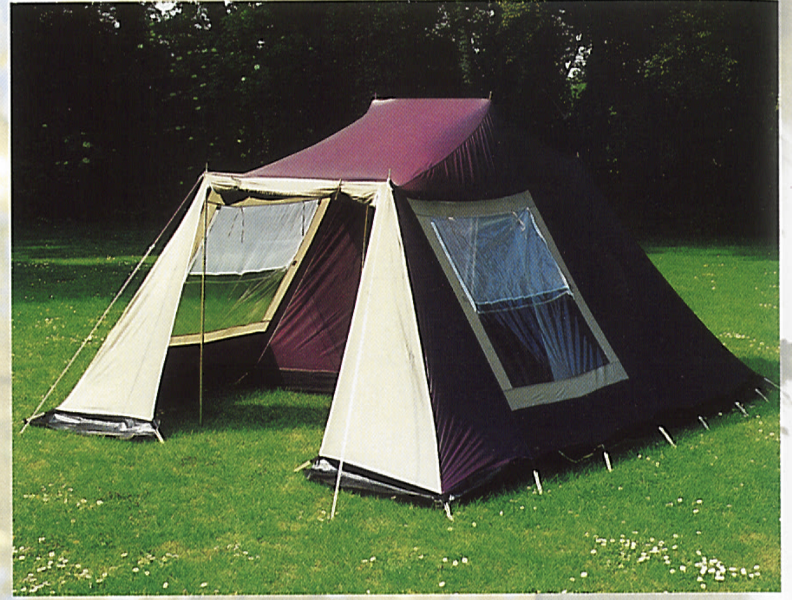