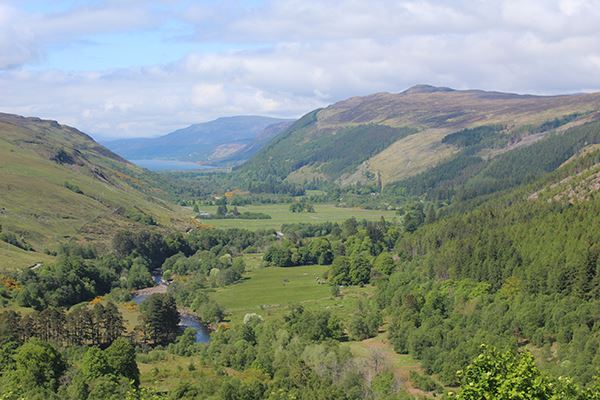 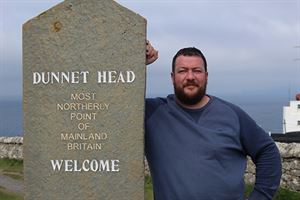 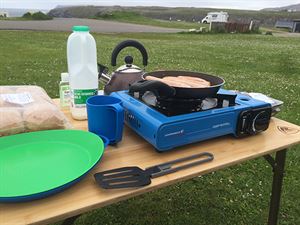 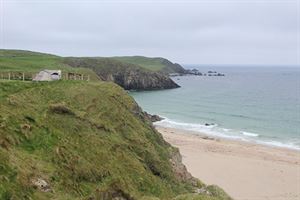 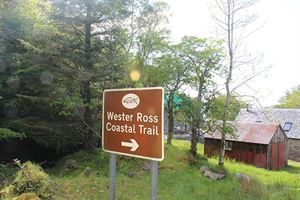 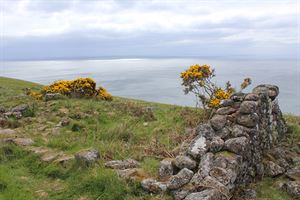 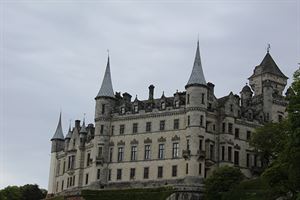 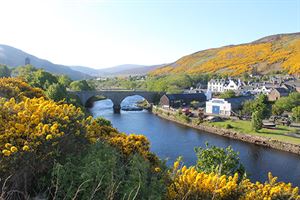 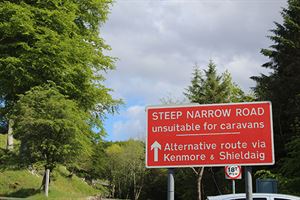 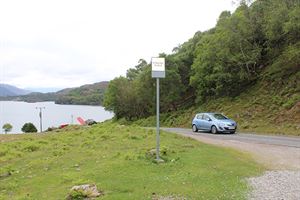 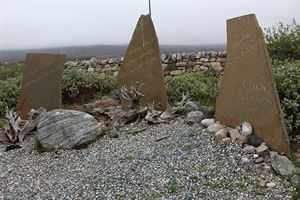 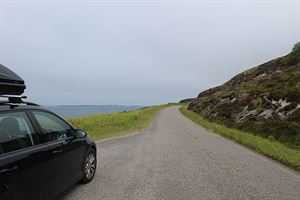 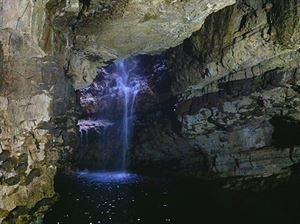 One of the many joys of the North Coast 500 is stumbling across something totally unexpected. More than 300 miles into our road trip, the last thing I would have imagined discovering was a memorial to John Lennon. But there it was, in the remote village of Durness, right on the very northern tip of Scotland. Three slabs of granite inscribed with the lyrics of the Beatles’ song In My Life, set in a beautifully landscaped garden.

It turns out that Durness was an area that Lennon loved, having spent many childhood holidays in the village. Every year, he would travel north from Liverpool by bus and spend three weeks at a croft owned by relatives. Those idyllic holidays are said to be the inspiration for In My Life and the Beatle returned to the area in the late 60s with his own son Julian and his wife Yoko Ono. And it’s easy to see why this young Liverpool lad would have been smitten by the place; with its wide, open spaces and vast beaches it would have been so much different to the urban world he was used to.

More than 60 years later, Durness is still a place to escape to. The campsite sits on the edge of a cliff with incredible views out to sea and you can sit for hours gazing at the waves dancing on the shore. Alternatively, you can venture further afield and set about exploring the area. Either way, you can put all the stresses and strains of daily life out your mind and recharge. And that is what we loved most about this trip. For a few days, we were able to forget about work, bills and all those niggling jobs that need done around the house, and just enjoy living and breathing, in one of the most beautiful places on the planet. Add in some wonderful camping and it doesn’t get much better than that.

For the first (and last) time on the trip, we wake up to discover the weather is overcast and a bit damp. However, it takes more than a little drizzle to stop me frying up a hearty breakfast of sausage and black pudding rolls outside our trusty Outwell Birdland tent. I’m going to take a moment here to mention how much I love this tent. It’s so easy to pitch and is the perfect size for weekends away with the kids or for couples on touring holidays. We’ve taken it all over the country, and never had a bad experience. Even when the elastic shock cord in one of the poles snapped on one trip, the tent still went up no problem (I probably should get round to repairing that one day though!).

After breakfast we pay a quick visit to the quirkily-named Smoo Cave on the outskirts of the village. This natural sea cave is accessible for free 365 days a year, with a walkway leading from the impressive entrance into the waterfall chamber. Guided tours into the cave operate seven days a week, between April and September. Unfortunately we have to set off before the first tour of the day, so miss out on the full experience.

The route out of Durness takes us along the mostly single-track road that goes around Loch Eriboll. This is one of the least populated areas in the UK, a true wilderness that is largely unspoilt by modern life. Once we have rounded the loch at its southernmost point, we head north west along the opposite coast, the road climbing to give us a view over Ard Neckie,  a mound of land that is only linked to the shore by a thin strip of sand and shingle. This was once home to a ferry which crossed the loch to a, now gone, inn on the western shore. The ferry stopped in the 1890s but the ferry house built in 1831 is still standing, although in an increasingly derelict state. Ard Neackie also has four large lime kilns built in 1870.

From here we pass through Tongue and join the A836, which winds along the top of Scotland, through Dounreay (home of the nuclear power station) and Thurso, towards the most northerly point on the mainland. And as everyone knows, that’s John o’ Groats, right? Well, no, actually, it’s not. That title goes to Dunnet Head, a peninsula about 12 miles to the east of the better known village. I don’t know how John o’ Groats managed to persuade everyone that it is the UK’s northernmost destination, but it certainly has pulled out all the stops to cater for the masses of tourists who descend on the village as a result. Unfortunately they decided to appeal to the lowest common denominator, meaning you’re treated to tacky gift shops, overpriced tearooms and concreted coach parks. Dunnet Head, on the other hand, has nothing more to offer than an unmanned lighthouse, an RSPB hut and some of the most fantastic views you’ll ever see. It’s an odd but thrilling feeling to know that you’re standing further north than anyone else on the mainland. And it’s certainly a more rewarding experience than being at John o’ Groats, which feels like a motorway service station transplanted onto the coast.
After posing for the obligatory signpost photograph and lunching at one of John o’ Groats’ less-naff eating establishments, we head south along the east coast towards this evening’s camping stop at Dunbeath. The weather is glorious and compared to what we’ve been used to over the last few days, driving here is a luxury. There are even white lines down the middle of the road! Inver Caravan park is a tiny, but very well-appointed, site just off the A9 and close to the sea. It’s surrounded by beautiful countryside and has views to the sea, and although a tad windswept, makes for a great stopover. There’s a pub serving food a few minutes’ walk away but we decide to drive to Helmsdale, a bit further down the coast. 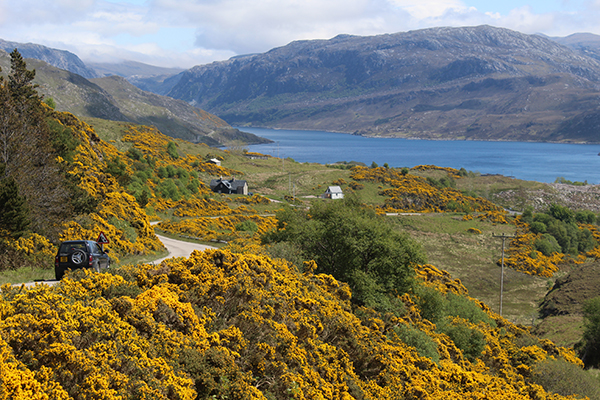 It’s our last day but there’s lots still to see, so we set off early. Around 10 miles from Dunbeath we pull over to visit the abandoned village of Badbea. Perched on steep slopes above the sea, the village was created in the 18th Century by families evicted from their homes to make way for sheep farms, as part of the Highland Clearances. To say life on this storm-lashed outpost was tough is something of an understatement. By 1911 the final resident had left, and today, all that remains is a few ruins of cottages and a memorial to the former inhabitants. It was a fascinating place to visit, though, and well worth the 15 minute yomp over the moorland to reach it. The contrast between Badbea and our next stop couldn’t have been greater. After a glorious drive down the east coast, we pull in to Dunrobin Castle, the family seat of the Earl of Sutherland. The imposing building, which dates back over seven centuries, stands on a hill and towers over the formal gardens below like a fairytale castle. We take the tour, which provides a fascinating insight into the history of a family that was once part of Scotland’s ruling elite. The castle museum, filled with a huge collection of hunting trophies and other items plundered by family members during their exploits around the world, is just as interesting but certainly not for the faint-hearted.

Back on the road and we continue south towards Inverness. At Tain, we leave the main route and head out towards the little seaside village of Portmahomack. As well as having the most charming name of anywhere we visited, it also has a couple of good bistros. We have lunch at one of them and enjoy a bracing walk along the beach, before getting back behind the wheel and rejoining the main road. Inverness Castle, where the North Coast 500 officially ends, is only 40 miles away and within an hour we reach our destination. It is the end of an unforgettable adventure. 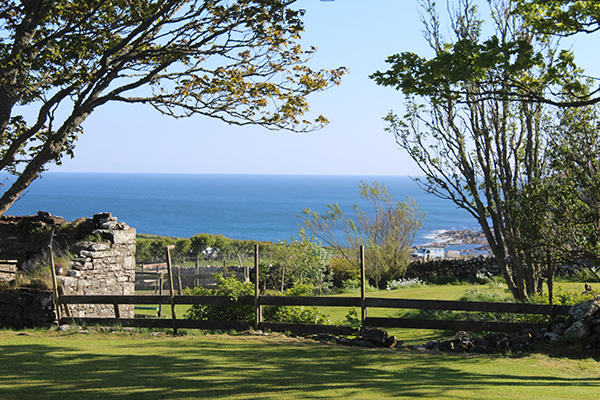