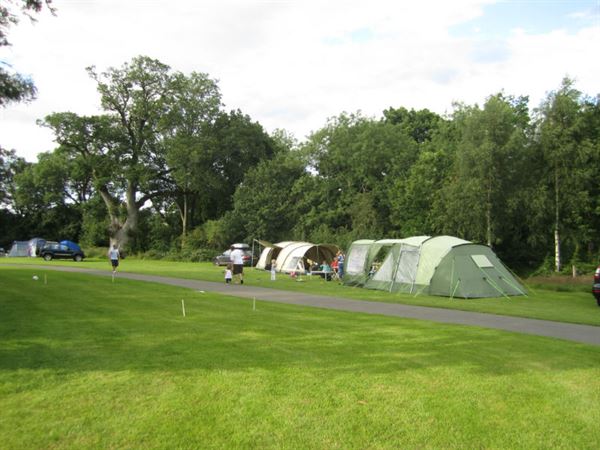 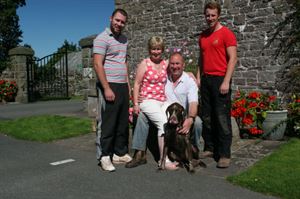 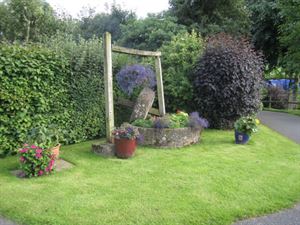 This campsite was born of a love story, when Liz Rees went to view the Pencelli Castle house, buildings and surrounding 10 acres of land on a wet gloomy Friday afternoon.

Uninhabited for several years, leaking water had done its worst to the property. “With the smell of damp and fungus everywhere in the air I’d seen enough and wanted to leave,” says Liz’s husband Gerwyn.

Only Liz had already seen its potential and had already fallen in love. The renovation work on the property began and the family settled down on the property with their son Craig, born in 1990. But although the family offered bed and breakfast, at this point a campsite wasn’t even on the agenda. “Neither of us had ever camped in our lives,” says Gerwyn.

Instead it was Gerwyn’s aunt Gwen who, as a keen caravanner, suggested the area was the perfect location for a caravan and campsite. “The last thing we wanted to do was to share our place with other people so Gwen’s ideas were always shrugged off with a smile,” says Gerwyn.

That was until the couple decided to play a joke on Gwen and put together a painted caravan and camping sign for the entrance. “Whilst I was knocking in the post to hold it some lads stopped and asked how much it was to stay. I suggested 50p and into the field they want with the sheep,” says Gerwyn.

The 50ps kept coming in however and with the birth of the couple’s second son Morgan in 1992 they decided to stop the B&B business to focus instead on camping and caravanning. Outbuildings were developed into a small shower block and dish and clothes washing areas.

Gerwyn says that the couple’s inexperience with camping actually proved a benefit rather than a hindrance. “Having never caravanned or camped before, we knew very little about their wants and needs so we were totally consumer led. In hindsight, we believe that this is what set us apart from other sites at that time,” he says.

“We didn’t have a blueprint to follow. Maybe foolishly, we hadn’t studied how the Caravan Club do things or what our local competitors provided. Naively, we just did our own thing, but people seemed to like it. Oak beams in the loos, handmade wooden doors with antique latches on the cubicles, Welsh choir music playing and children bottle feeding a baby red deer on the house door step, etc,” says Gerwyn. 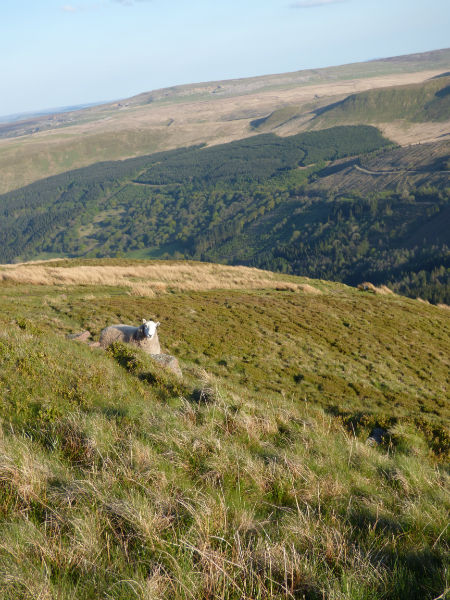 A year later, in 1993, the couple decided to get even more serious and build the site as a proper business. “We joined the Wales Tourist Board and were awarded 5 stars or 5 ticks, as it was in those days. The following year Pencelli Castle was named as a finalist in the Calor Gas Best Park in Wales Awards and in 2001 it won the award,” says Gerwyn.

As the couple’s sons Craig and Morgan grew up with campers checking in at the kitchen door it was perhaps inevitable they would end up joining the business – though Gerwyn stresses there was no pressure to do so. After periods away studying and working both came back home to work. “To have both sons come home to work alongside us was a wonderful experience in our lives,” says Gerwyn. “We have always been a very close family. We get along together so well and the boy’s preferred areas of work evolved with their own interests rather than from our instructions,” says Gerwyn.

Tragically in 2016 the family lost Liz to cancer but Gerwyn and his boys are working hard to continue to build the business that Liz worked so hard to establish. “Although it was a subdued atmosphere, the 2017 season was very successful and the boys have picked up the baton and kept running. I enjoy listening to the boys planning ideas for now and further in the future and know that Liz would be extremely proud of them,” he says.