Best dog friendly beaches for a caravan holiday (part one) 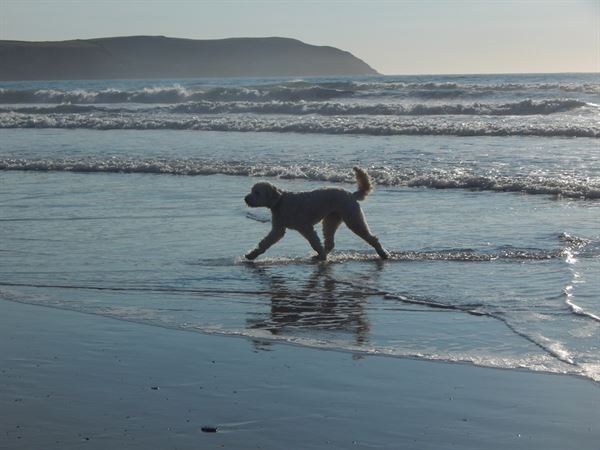 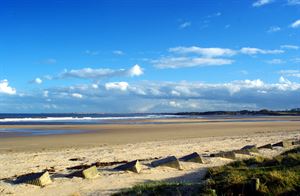 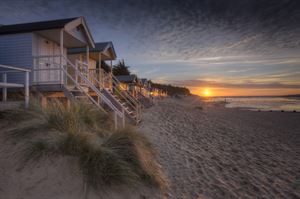 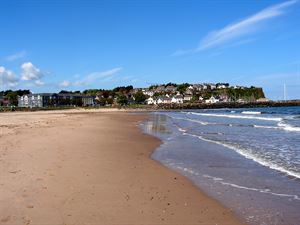 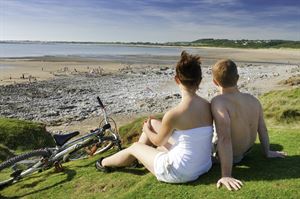 There’s something about seeing an excitable pooch bound along a sandy expanse of British seaside majesty that warms the heart, and makes you almost forgive the fact that they’ll probably soak both you and the car after they’ve finished a particularly frenetic session of doggie paddle.

Taking your pooch for walkies on the beach is a highly pleasant outing for owner and pet alike, which is why we’ve compiled a list of the top dog friendly beaches Britain has to offer.

Read on for the first instalment

Just off the A1 in Northumberland and five minutes away from Alnwick (you know, where the Hogwarts castle from Harry Potter is), you’ll find Alnmouth Beach – a stunning stretch of dog friendly, sandy goodness if ever there was one. There are no canine restrictions whatsoever here, so your pooch can run himself stupid until his legs nearly fall off.

The beach features that lovely type of soft sand, and is so unfathomably expansive that you wonder whether it might even join up with the western coast of Norway when the tide’s out. For the best dog bit, head north of Morden Rocks towards Season Point.

Routinely featuring high up in polls of people’s favourite beaches (it was voted Britain’s best on TripAdvisor in February 2015), Woolacombe is a three-mile sandy paradise that’s perfect for you and your faithful hound. Well, some of it. No dogs are allowed between the rocks and the stream from Easter Day to 31 October, although south of the stream dogs are allowed all year on leads and south of Mill Rock they’re allowed at any time with no restrictions.

Woolacombe has loads of cafes, three car parks, great facilities and some of the UK’s cleanest water. That means that when your dog comes out of the sea and vigorously shakes its coat, your clothes won’t smell like a medieval bog for three weeks after.

One of North Norfolk’s stand-out beaches is also a dog friendly beach, albeit with a few restrictions here and there. From the start of May until the end of September there’s a 200-metre stretch where dogs can’t go, and there are also occasional roped-off areas during nesting times.

Even so, when it comes to dog friendly beaches, it’s a fantastic, with a nice communal dog-owner vibe going on. There’s a 300-space pay and display car park right next to it too, as well as a doggy washing station. The Beach Café at Wells is very dog friendly too.

One of the top beaches on the highly picturesque Antrim Coast, Ballycastle offers the best part of a mile of sand and shingle frollicking for your four-legged friend. The beach is renowned for its cleanliness: not only is the water Blue-Flag standard, but visitors keep the place so tidy that you’re very unlikely to see any litter. The water’s a bit on the freezing side, meaning you probably won’t want to get your socks off and paddle – but your dog won’t care. Let’s face it, he’s got a coat hasn’t he?

They love dogs in Wales, and there are a staggering number of beaches in Wales with no dog restrictions (of Glamorgan’s 49 beaches, for example, dogs are only disallowed in one). Ogmore Central Beach is a great one: a sandy beach with numerous rock pools thrown in for good measure.

On Wales’s north coast, Conwy has a number of dog-friendly beaches along its sandy coastline – the pick of them being the well-known Colwyn Bay. True, there are quieter ones like Conwy Morfa with its sand dunes or Llandudno North Shore with its slightly nostalgic feel, but if you offered you dog the pick of them all we reckon he’d say, ‘Let’s go to Colwyn Bay – it’s three miles of sandy mayhem and it’s also won awards for its cleanliness.’ Being a dog, he’d probably then follow that up with, ‘But you’re the master – I’ll just gnaw on this bone while you decide.’ 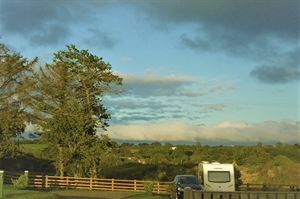 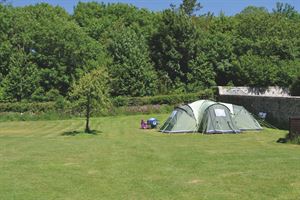 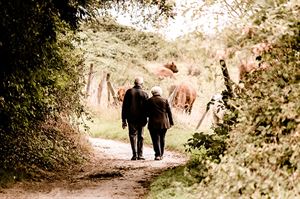 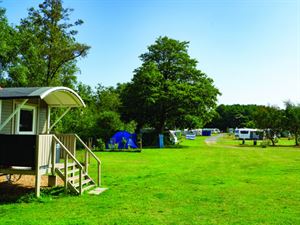 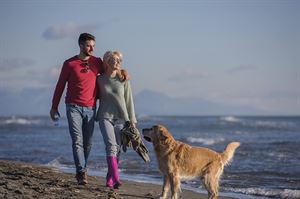