The ideal campsites for city breaks 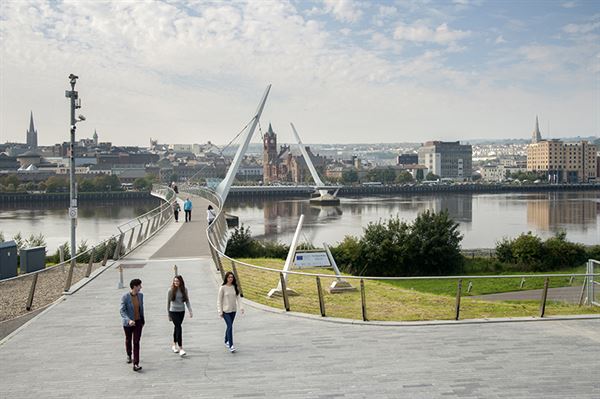 For a multitude of things to see and do, head for the city…

Derry: Elaghvale Camping Park, Co Londonderry
As the second largest city in Northern Ireland, Derry is the only remaining completely walled city in Ireland. The walls are approximately 1.5 kilometres in circumference and form a walkway around the inner city. Other attractions to see include the neo-gothic Guildhall with stained-glass windows, a cathedral, museums, galleries and theatres. There’s also the more modern structure, the Peace Bridge, that connects the two sides of the River Foyle.

St Davids: Caerfai Bay Caravan & Tent Park, Pembrokeshire
This campsite is less than a mile from St Davids, the smallest city in the UK. You can walk into the city and explore the cathedral, Bishop’s palace, crafts shops and cafés without needing to move your vehicle off pitch. For those who would like to walk a little further, the Pembrokeshire Coastal Path passes the site’s entrance.

York: Naburn Lock Caravan Park, Yorkshire
Set in an Area of Outstanding Natural Beauty, half a mile from village of Naburn and by the River Ouse, this site is adjacent to pretty Naburn Locks and just four miles from York. A bus service stops directly outside the park, or between March and September you can take the river bus that runs from the locks into the city. Attractions in York include the cathedral, which has more medieval stained glass than anywhere else in the country, the National Railway Museum and plenty of independent shops.

Salisbury: Coombe Caravan Park, Wiltshire
With great views across the Wiltshire valleys, Coombe Caravan Park is just five miles from Salisbury and there’s a park and ride at Britford (SP5 4DS). Salisbury is home to the second highest cathedral in Europe where there’s one of the original copies of the Magna Carta, along with timbered buildings, museums, shops, cafés and restaurants.

Lincoln: Camper UK Leisure Park, Lincolnshire
Picturesque Lincolnshire countryside surrounds this site, only a five-minute drive from the centre of Lincoln. The city bustles with shops, museums, galleries, a castle and of course a Cathedral. Visit in the warmth of summer and enjoy drinks al-fresco while marvelling at the stunning architecture, or sample the delights of the popular Christmas market in winter.

Plymouth: Plymouth Sound Caravan & Motorhome Club Site, Devon
Resting on a headland just outside the port city of Plymouth, this Club site offers superb views across the bay at Plymouth, known locally as The Sound. Plymouth itself is just over five miles away and there’s a bus stop half a mile from the site. Plymouth has plenty to explore including the historic dockyard, The National Marine Aquarium, and of course a cathedral.

Edinburgh: Mortonhall Caravan & Camping Park, Lothian
Just four miles from Scotland’s capital city, Mortonhall occupies a tranquil countryside estate location. There’s a frequent bus service into Edinburgh or you can walk from the estate. As well as a capital city, Edinburgh is a festival city and UNESCO World Heritage Site, with medieval Old Town and Georgian New Town. Explore the castle, Palace of Holyroodhouse House, and Calton Hill with stunning views over the city.

Cambridge: Highfield Farm Touring Park, Cambridgeshire
Highfield Farm Touring Park is set in countryside, just five miles west of the city of Cambridge. Trumpington Park and Ride is 10-minutes’ drive away, or a short walk from the campsite there is a bus stop with services to the city. Cambridge is famous for its historic University buildings and architecture, as well as punting down the River Cam. With museums, galleries, shops and eateries, there is so much to explore.

Liverpool: Willowbank Holiday Home & Touring Park, Merseyside
Just five miles from the centre of Southport and within walking distance of the National Trust nature reserve and Sefton coastline, Willowbank is the perfect retreat yet close to the vibrant city of Liverpool. It’s a 40-minute drive to the city or you can take public transport from close to the campsite and be in Liverpool in an hour. Liverpool’s cathedral is Britain’s biggest, and the fifth largest in Europe. You can also explore the museums and learn about the city’s music connections. A must-do while in the city is take a ferry across the Mersey!

Oxford: Oxford Camping & Caravanning Club Site, Oxfordshire
The Oxford Club Site is a relaxing, tree-lined bolt hole less than two miles from Oxford. You can catch a bus into the city from outside the site, walk or cycle. Known as the ‘city of dreaming spires’, the many university buildings of Oxford offer a feast for the eyes with their stunning architecture. You can also visit the cathedral, castle and many museums, or take a boat trip down the river.

Carlisle: Dandy Dinmont Caravan & Camping Park, Cumbria
Dandy Dinmont is situated within walking distance of part of Hadrian’s Wall and with easy access to the centre of Carlisle. There’s a bus service every 30 minutes to the city centre where you’ll find a cathedral, castle, museum and art gallery. For those who want to explore the area on foot or two wheels the site is located next to the Reivers cycle route and the long-distance Hadrian’s Wall walk. Dandy Dinmont is also close to local shops and amenities.

A reader review of Cosawes Park ... 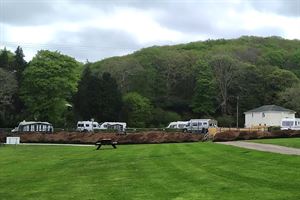 If you’re thinking of selecting a campsites, holiday home or park home near to the coast, Cornwall will leave ... 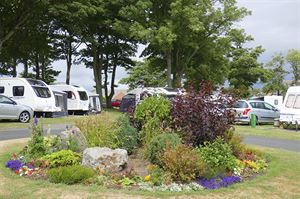 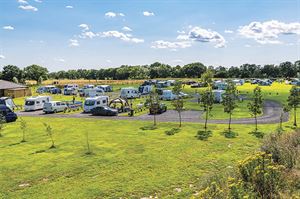 The best campsites in the countryside

These rural retreats are perfect for a relaxing holiday ... 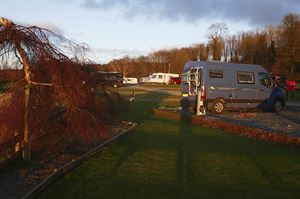 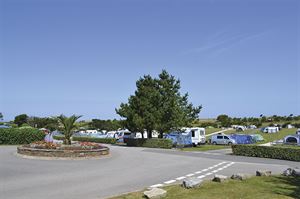 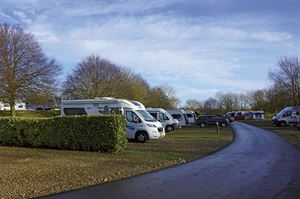