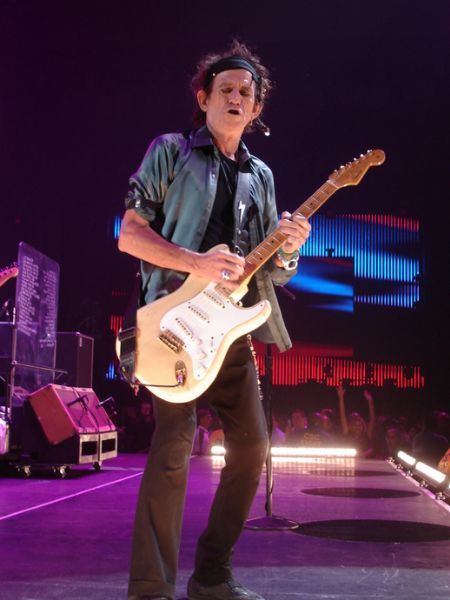 The Rolling Stones guitarist - once famed for his hedonistic lifestyle - regularly spends nights in the wilderness with his children and grandchildren.

And Richards, 69, revealed his camping skills date back to his days in "Beaver Patrol".

The rocker spoke of his regular camping trips ahead of the band's appearance at the Glastonbury Festival later this summer. Bandmate Jagger has previously said he'll be camping at Glastonbury and Richards said he was no stranger to life under canvas.

Asked when he was last in a tent, he told BBC 6 Music: "Actually, not that long ago. I camp quite a bit. I have got kids and grand-kids and they drag me out and say: 'Dad, come on, you've got to sleep in the tent.' I sneak out in the middle of the night and go back to bed!"

Richards said he often went camping in "the wilderness" and revealed his tent pitching skills came from his Scouting days.

He said: "I was actually a patrol leader in Beaver Patrol in the 7th Dartford Scouts!"