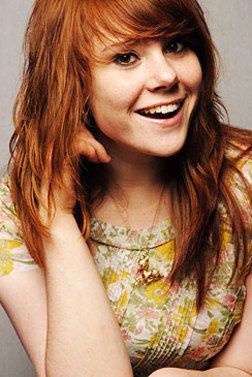 Brits winner Kate Nash has been added to the Wychwood Festival bill along with BBC 6 Music DJ and Coronation Street star Craig Charles.

Nash, who was named best female artist at the 2008 Brits, will perform on Saturday's main stage bill.

She had a number two hit Foundations in 2007, followed by the platinum-selling UK number one album Made of Bricks. Her third album, Girl Talk is due for release in early March.

Eighties chart-toppers the Human League have previously been announced as the first headline act for this year's Festival.
The band - best known for their 1981 number one Don't You Want Me - will top the main stage bill on the Saturday night of the family-friendly event - now in its ninth year.

Ska legends the Beat will be on the main stage on the Friday night along with 2012 Mercury Prize nominee Sam Lee.

Wychwood 2013 will take place at Cheltenham Race Course from 31 May to 2 June. Day tickets are now on sale and the age limit for children attending for free has been raised from under five to under ten.