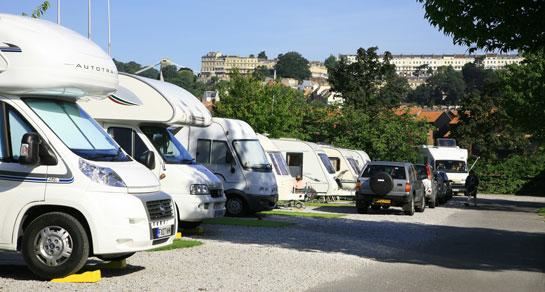 The Baltic Wharf campsite, which is run by the Caravan Club, looks increasingly likely to close after a delay of execution from Bristol City Council. In the past six months campaigners have raised over 3,500 signatures against the closure of the wharf-front site that is popular with motorhome owners, and have met with the Mayor of Bristol as well as Planning Officers. The loss to the local economy has been calculated at over £1.2 million but despite this, the Council had earmarked the site for closure and redevelopment into a school. However, the Caravan Club has now announced, “As a result of support received from Bristol City Council, it has been confirmed that The Club will remain at the Baltic Wharf Site until the end of August 2015.  Pitches have been released for booking with immediate effect for arrivals between 4 January – 26 March 2015. Dates beyond 26 March 2015 will be released for sale on Wednesday 3 December 2014 in line with all other sites. Meanwhile, The Caravan Club continues to work with Bristol City Council to seek a new site for the future.”

When asked whether the fact that the Club was seeking a new site for the future was an admission that the 55-pitch site would actually be closing for good in 2015, the Caravan Club declined to comment. Follow the background to this story on outandaboutlive.co.uk.