Britain is "a nation of law-abiding campers" 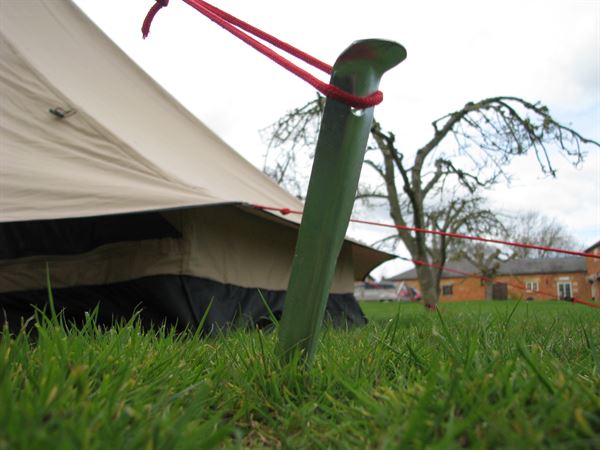 Britain is a nation of law-abiding tent-dwellers, according to new research into the secret lives of campers.

A survey has revealed that almost 90% of us have never broken a campsite rule.

But it also showed that one in five campers will relieve themselves outside their tent during the night instead of walking to the loo.

The survey, by guide book publishers www.coolcamping.co.uk, revealed two out of three adults would snub a hotel holiday in favour of a family camping jaunt

Cool Camping questioned more than 2,600 adults about their camping habits as well as analyzing their own web data to build up a picture of UK campers in 2015.

• We’re a nation of camping goody-two-shoes with 86% of campers say they have never broken a campsite rule.
• However, 20% of those questioned admit to relieving themselves just outside their tents if they are caught short in the middle of the night, rather than trudge to the loo. And 5% would prefer to wait until morning.
• The three most forgotten items on a camping trip are the corkscrew (54%), tent pegs (18%) and 17% forgot the kettle.
• A campfire is a highlight of a camping trip for Brits, with “campsites with campfires: the top general search term on Cool Camping’s website
• Camping hotspots (those showing the most growth in web traffic) for this year are Suffolk (120% increase since last year), Kent (113%) Snowdonia (68%), North Yorkshire, (62%) and Peak District (56%)
• The most popular camping areas overall are Cornwall, Lake District and Dorset - the top 3 most searched for camping areas on the Cool Camping website
• Yorkshire has been hailed as the new hot spot for glamping, showing the biggest increase in this type of search year-on-year.
• The most searched-for area  overall for glamping is the New Forest. Most people searching for glamping are based in London, followed by Portsmouth and Bury.
• Camping is most popular among families with pre-school and school-aged children (52% of respondents) and 85% of campers have been on a camping holiday with another family - although 15% admit to regretting it!

“The growth in innovative glamping options and the smaller, ‘pure’ campsites packed with character, has given campers much more choice at all levels of luxury. It’s cooler than ever before!”