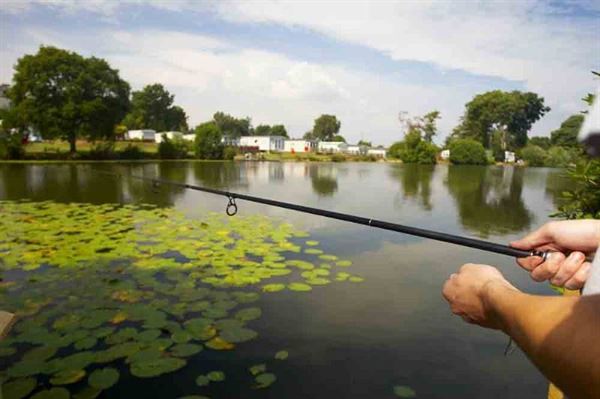 Shoals of new guests which arrived at a top Hastings caravan holiday park in East Sussex have gone straight into hiding and hope to enjoy a free stay for the rest of the year without getting caught.
The risk, however, is very 'reel' – for the newcomers to Coghurst Hall Holiday Park are a 500lb consignment of frisky fish which have now been released into the park's historic carp lake.
The mainly mirror and ghost carp will be joining many more mature specimens in the four-acre lake, including a substantial number weighing in at over 30lb.
Last year's prize catch by a holiday guest tipped the scales at an impressive 38lb 12oz.
Coghurst Hall's picturesque waters have provided a first-class challenge for anglers for over two centuries - but for much of this time, fishing here has been the preserve of a privileged few.
Now, however, those hoping to net a record-breaker need only be a guest of the park, either staying in one of the rented caravan holiday homes or as a caravan owner.
Set in hundreds of acres of woodland with an imposing 18th Century manor house as its centrepiece, Coghurst Hall offers other attractions including a Romanesque leisure pool as well as a sauna and spa bath.
There is also a clubhouse where professional cabaret shows are held every night in season plus restaurants and bars plus activities and entertainment for children.
This year the park is offering low-cost taster breaks for guests considering a longer stay in the summer, starting at £69 for a family for three or four nights.
More information from  www.ParkHolidays.com