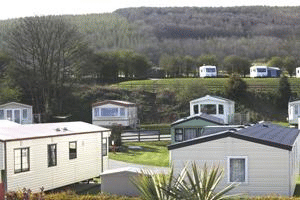 MIDDLESBROUGH Council has extended the special holiday scheme for carers that it provides in association with Blue Sky Resorts, the Wakefield-based leisure company.

The scheme involves the council renting a specially-constructed static caravan, designed for use by people with a disability, which has been installed at Blue Sky’s Spring Willows Leisure Park at Staxton, between Scarborough and Filey.

The council initially agreed last year to rent the two-bedroom caravan for 75 weeks over five years. But the response to the scheme has been so positive, it has now extended the rental period from 15 weeks a year to 26.
The fully-accessible caravan is equipped with a ramp for wheelchair access as well as other facilities, such as extra wide doorways, lower worktops and handrails.

Spring Willows’ General Manager, Ian Clark, said: “Purpose-built caravans like this are fairly rare, so we are delighted that Middlesbrough Council’s scheme has proved to be so popular. It is a terrific opportunity to provide an accessible caravan holiday in a beautiful part of the country for people with or without
a disability.”

A spokesperson from Middlesbrough Council Department of Social Care, added: “The provision of respite breaks has been shown to be one of the highest priorities for carers. This is why Middlesbrough Council Department of Social Care has purchased carers’ breaks at two venues, including Spring Willows. The caravan at Spring Willows is ideal as it is fully accessible, which is essential for some carers. The breaks have proved to be very popular and feedback we have received from carers who have stayed at Spring Willows has been very positive.”

For more details, go to www.springwillows.co.uk

This news item was published in the October 2010 issue of Park & Holiday Homes. To order your copy please click here