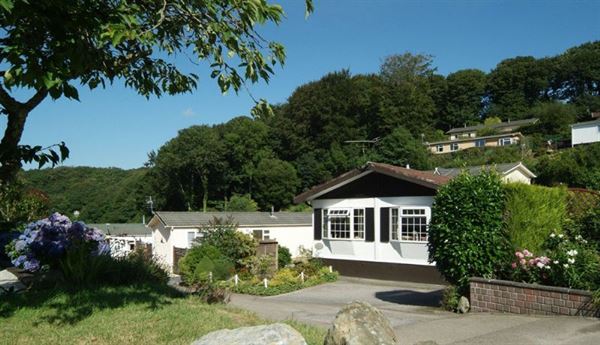 A long-established residential and holiday park near Truro in Cornwall has been crowned as an environmental champion by conservation king David Bellamy.
The world-famous botanist said that Cosawes Park in Perranarworthal, owned for over half a century by the Fraser family, is a national role model for sustainable businesses. Professor Bellamy made his comments when the park won his prestigious annual David Bellamy Conservation Award at its top gold level.
Cosawes’ accolade followed an independent audit of the park's environmental policies and the successful efforts it is making to protect and enhance the natural world.
Set in over 100 acres of rolling countryside, Cosawes provides around 125 park homes as well as pitches for touring caravans and tents.
The large areas of woodland are managed to provide a natural haven for wildlife, including deer, badgers and mink. Nesting boxes on the park include versions specially designed for owls and bats,.
More than 50 bird species have been observed at Cosawes as well as 28 varieties of butterfly and moth.
Rainwater is harvested to irrigate plants and flush toilets used by holidaymakers.
Another initiative is a joint project with Exeter University to study the rare Burying Beetle found on the park's grounds.
More information about the park is available at  HYPERLINK "http://www.cosawes.com/" www.cosawes.com.