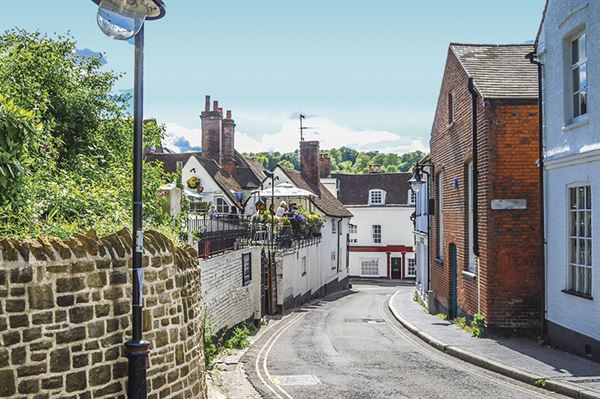 Hampshire - a glimpse of a wonderful combination of coast, countryside and city. This attraction-rich region is a perfect choice for a new start in a park home, for a holiday retreat or somewhere to head off to on holiday.

Hampshire contains two national parks, the New Forest and the South Downs – and a coastline that stretches 60 miles, from Highcliffe in the west to Chichester in the east. Country parks, nature reserves and coastal walks abound and the area is rich in heritage and history, particularly within the maritime cities of Southampton and Portsmouth.

Occupying the majority of the southwest corner of Hampshire is the New Forest National Park. Perfect for walkers, cyclists and lovers of the outdoors, the forest is home to ponies, deer and a host of wildlife. There are also pretty villages to be discovered.

On the Hampshire-Dorset border, four miles from the town of Ringwood, is Moors Valley Country Park and Forest, where you can walk and cycle to your heart’s content, play golf, go fishing, hire a Segway, enjoy a ride on an authentic steam train and even scale new heights at the Go Ape Treetop Adventure – there’s plenty for many days out for all ages.

Confirmed as a National Park in 2009, the stunning South Downs stretches from Winchester and Petersfield in Hampshire, to Eastbourne in East Sussex. Winchester has a magnificent eleventh century cathedral. The pretty market towns of Petersfield and Alton are worthy of regular visits, too. Queen Elizabeth Country Park, near Petersfield, is the location of the highest point of the national park – Butser Hill. It’s 270 metres high, offering panoramic views, with picnic areas and a host of walks throughout the country park. 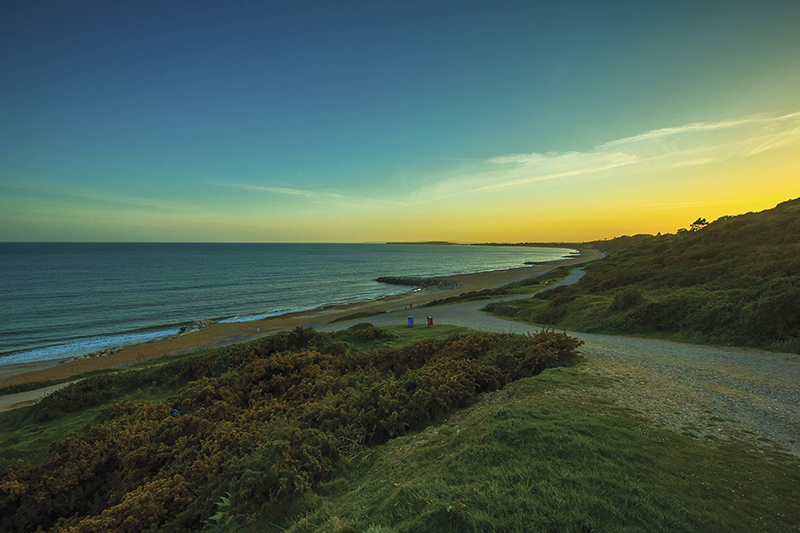 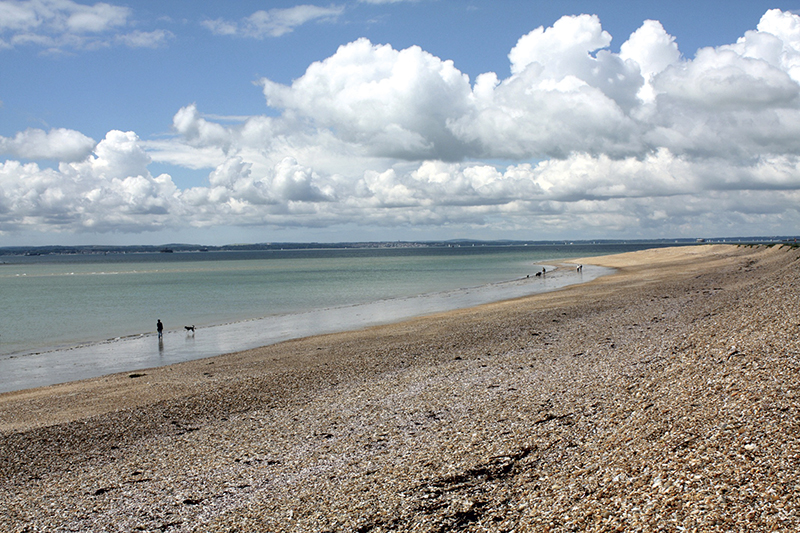 Hayling Island West Beach - Connected to the mainland by a bridge, Hayling Island boasts more than three miles of Blue Flag beaches; a combination of shingle, dunes and long stretches of sand revealed at low tide. The water is shallow, making it excellent for swimming, especially at West Beach, which is considered to be one of the best on the island. Windsurfing was invented here and it remains an excellent destination for watersports enthusiasts.

Southsea - Southsea Beach, in Portsmouth, offers a traditional seaside experience with an assortment of pubs, cafés, restaurants and shops. You’ll also find an aquarium and a D-Day museum here. The seafront has a promenade, pier and beach huts that can be hired. The beach is made up of flint shingle with a stretch of sand exposed at low tide. Behind the promenade is a recreation area with gardens and a canoeing lake.

Milford on Sea - Part of the New Forest National Park, there is a long shingle beach. Beach huts line the seafront and there are views of the Isle of Wight. Milford is a traditional village with a range of shops and clifftop walks.

Highcliffe - At Highcliffe there is a stretch of sand and shingle beaches ideal for bodyboarding and bathing. Highcliffe is backed by grassy dunes, bushes and low cliffs. The dunes behind the beach are criss-crossed with a number of paths and at the western end is Steamer Point Nature Reserve. 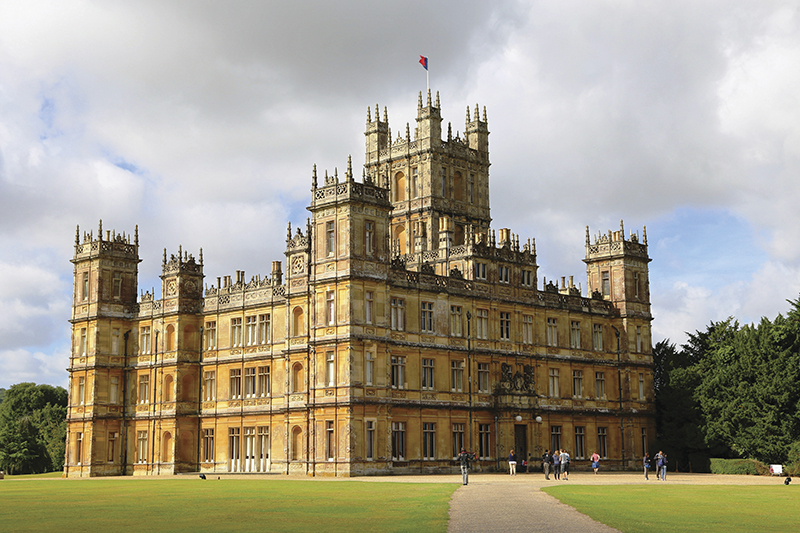 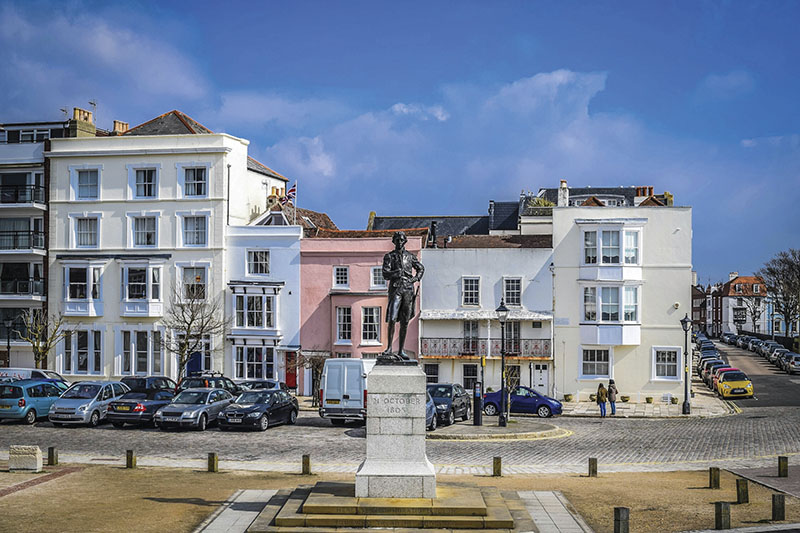 TOP THINGS TO DO IN HAMPSHIRE

Highclere Castle - Home of the Earl and Countess of Carnarvon, Highclere Castle has an interesting history. During the First World War, Highclere Castle was converted into a hospital for wounded soldiers. It’s famous as setting for Downton Abbey: The Movie. There are over 200 rooms in the castle and extensive gardens to explore.

Beaulieu - In the southeast of the New Forest, Beaulieu is home to various attractions including Palace House (one of the first stately homes to open to the public), the spectacular remains of Beaulieu Abbey, plus extensive gardens. It is the wonderful National Motor Museum that is the big pull for most visitors. You can spend an entire day meandering through the history of cars from the earliest days right through to today’s models.

Portsmouth - Experience unforgettable views from Portsmouth’s stunning 170m-high, spectacular Spinnaker Tower. Those with a head for heights can cross the glass Sky Walk and see the ground below – and then, perhaps enjoy coffee and cake in The Clouds, 105 metres above the harbour. Historians should head for Portsmouth Historic Dockyard to see the HMS Victory, Nelson’s flagship, HMS Warrior, Britain’s first iron hulled, armoured battleship, built in 1860, and the Mary Rose, Henry VIII’s preserved warship that sank, close to Portsmouth.

Southampton - The city of Southampton offers a top shopping destination, the WestQuay centre, and superb art and heritage attractions. In the Old Town you will find the refurbished Tudor House and Garden, and Titanic enthusiasts can follow the Titanic Trail to explore the city’s Titanic related sights.

Winchester - A cathedral city on the edge of the South Downs National Park and the resting place of Jane Austen. Winchester is well-known for its eleventh century cathedral and for the Great Hall which houses King Arthur’s mysterious Round Table.


For more articles to provide you with inspiration for the location of your park home or holiday home get the latest issue of Park and Holiday Home Inspiration magazine, available in both print and digital format. If it's campsites you're after, for a break away, there's our Campsite Finder guide available as a digital download.