Park and Holiday Home - from Factory To Plot 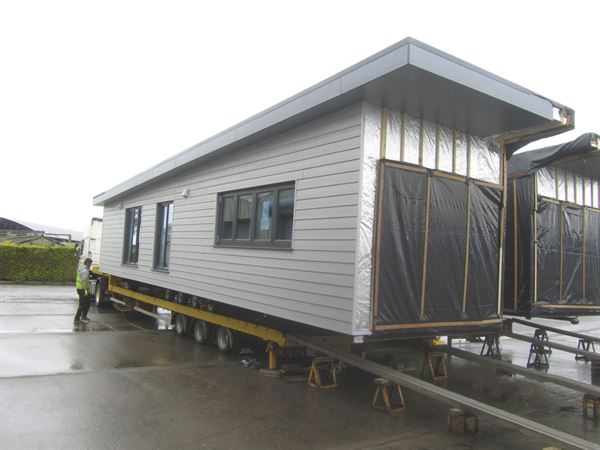 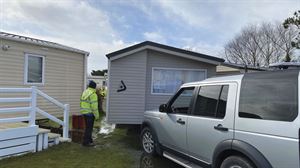 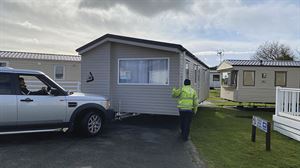 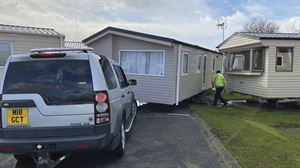 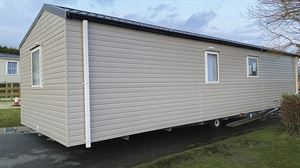 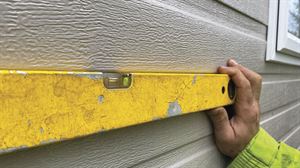 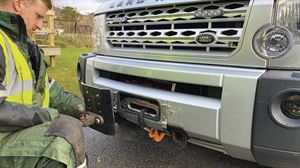 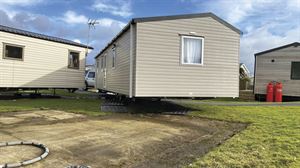 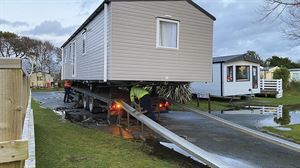 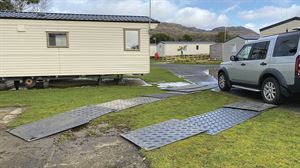 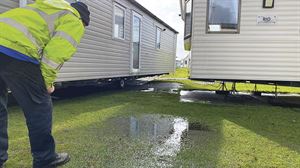 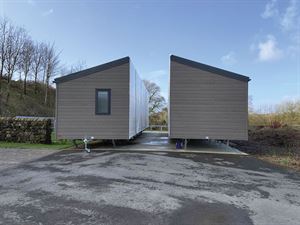 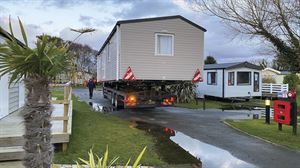 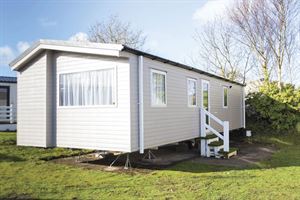 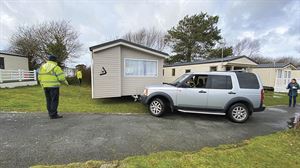 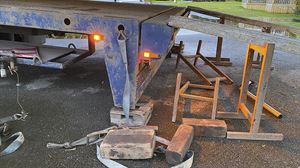 You choose your park or holiday home at a show or perhaps at a factory showground – and, the next time you see it, you have the keys in your hand and it’s yours, on its plot, with everything ready to move into…

That’s a simplification of the process of buying, of course – but have you ever given any thought to how your new home or leisure abode gets from factory to plot? We’ve been finding out.

The magnitude of the process varies with the size of the home, of course. Some of the biggest homes and lodges trundle along the factory assembly lines on five axles; they are made in two halves, loaded onto two lorries, and then the two halves are put together on the plot. Think 50 feet long and 20 feet wide or even larger, and weighing maybe 20 tonnes and you can begin to understand the scale of the operation.

At the other extreme, smaller, holiday homes are much easier to handle – if you can call something 12 feet wide and 38 feet long and weighing six or seven tonnes (for example) easy to handle.

Whatever the size, it’s a task for experts. Which is why both the BH&HPA (British Holiday and Home Parks Association) and the NCC (National Caravan Council) run courses, at parks all over England, for parks’ staff and anyone who sites holiday homes.

So, what’s involved along the journey from factory to park? We talked to a transport and siting company which works with park and leisure home manufacturers, Omar and Tingdene, to discover…

The Titans Group delivers park homes and lodges all over Britain. The journey starts with police communication. Karl Maxwell, Transport and Siting Coordinator of Titans, explains: “Police movement orders need to be submitted to all of the constabularies that we travel through at least 48 hours prior to the date of our intended travel, to notify the police of the movement of an abnormal load through their area. Any response from them will dictate special requirements that they may ask of us, ie times (usually no movements in rush hours), and the need for any double escorts (front and rear) or police escorts.”

Karl explains: “The units are loaded onto the low-loader trailers using winches and skids. The trailers, designed specifically for transporting mobile homes, extend in length for the longer homes. “Once the home is on site, the lorries are unloaded and the Land Rovers and siters take over.”

That’s where the lengthy process of precision and skill begins – and it has to be seen to be fully understood, as we discovered…

To follow the process from arrival to pitch, we visited a holiday park in north Wales. Garreg Goch, one of four parks in the Coastdale Parks group, is at Porthmadog, close to Anglesey and the Lleyn Peninsula. Beach and mountains are in close proximity here – the expanse of Black Rock Sands is a 10-minute walk from the park and there are spectacular mountain views from almost every holiday home – including the latest arrival.

As dusk encroached, the transporter from The Caravan Haulier company which had brought the holiday home from Hull pulled into Garreg Goch. The park looks spacious – until a mighty lorry with a 35ft by 12ft holiday home atop dominates the scene and begins manoeuvring in what suddenly looks a tight space in front of the office. At one stage the lorry is within inches of the canopy over the office’s door. But that’s just the start.

The lorry proceeds backwards to the centre of the park where the offloading is to take place. It’s late February and the park hasn’t opened for the season so it doesn’t matter that almost the entire road system is blocked.

Driver and assistant buzz around the lorry loosening the straps that have held the Atlas Festival holiday caravan’s chassis to the lorry, putting chocks and ramps into position. They are well drilled; they’ve done it a thousand times and that is clear. A series of metal ramps now links the back of the lorry to the ground. The rear overhang of the lorry is now supported on wooden blocks. Bottle jacks are used to raise the caravan off its under-axle supports which are then removed so that the caravan sits on its wheels.

Now the process of winching the caravan off the lorry can begin. The driver and assistant guide the caravan, and the winch that’s attached behind the cab, so that the wheels align precisely in the centre of the ramps. Slowly, as the last light of the day fades, the latest show home lands on Tarmac at Garreg Goch. We turn in for the evening. The following day the siting crew from Glanaber Caravan Transport, based at Porthmadog, takes over with a Land Rover Discovery equipped to tow from front and rear.

Huge pieces of plastic matting are laid out to prevent either the caravan or the car from damaging the turf. The driver attaches a towball to one of the two fixings on the front of the Land Rover. He won’t be able to see the extremities of the caravan as he inches it into position on its pitch; three people are his lookouts.

It’s a tight corner from the Atlas Festival’s overnight resting place to its pitch and it gets to within 3cm of the top of the neighbouring holiday home as the driver turns it into the pitch. Communication between team members is key and that’s obvious. “Full lock” “Slowly” “Just short of a metre” (from the hedge at the back of the pitch). “Stop” and then: “Too close to the hedge!”. Someone holds a hedge back at the side of the unit and the caravan proceeds.

Then the process halts while a substantial bough is cut from the tree-hedge at the back of the pitch; it’s in the way and has to go. The crew carries a chainsaw; such eventualities are commonplace, they explain. They’re qualified tree surgeons as well as holiday home siters.

The manoeuvring starts again. The holiday home swings and tilts slightly as the propulsion from the Land Rover easies it into the pitch. Now the back corner of the home is within millimetres of the electrical connection box at the corner of the pitch and someone instructs “Dead slow”. The holiday home is now in position and the final phase of the siting process begins.

Trolley jacks are used to raise the caravan off the wheels that have taken it down the production line at the Atlas factory, onto and off the transporter and now onto a pitch. They’ve done their job now. The holiday home’s axle area will now rest on concrete blocks.

Enter eight axle stands and a spirit level – and the holiday home is detached from the Land Rover. The holiday home’s tow hitch is removed and stored at Garreg Goch just in case whoever buys the Atlas Festival decides they’d prefer another pitch. We think that’s unlikely, given the beautiful view of Moel-y-Gest mountain from the front windows, and Eloise Halling, the Park Manager, hopes very much that we’re right. The intricacies of siting should ideally only happen once!

The Atlas Festival’s 35ft by 12ft size puts it among the smallest of holiday homes; indeed, the maximum size of unit that can be sited at Garreg Goch is 42ft by 14ft. But that’s not the case at every park. How about a twin unit that arrives in two halves?

Siting a residential park home, or a double-sized lodge (20ft or 22ft wide) is pretty much double the task of siting a single unit. That’s because they are transported in two halves.

Riverside Caravan Park, at Bentham, near Lancaster, where the Yorkshire Dales meet Cumbria, took delivery of an ABI Kielder, a double lodge, a few days before our trip to Wales. We had arranged to go there to watch but Riverside only got 30 minutes’ notice before the lodge arrived and it was too late for the Park and Holiday Home Inspiration observers to be summoned. So we’re grateful to Isabel Marshall of Riverside for taking the picture you see below.

The key difference, apart from the enormity of the ABI Kielder compared with the Altas Festival, is that it is transported on two lorries. Each half of the three-bedroom, 41ft by 20ft, Keilder has a towbar and each is manoeuvred into position in much the same way as we had seen with the Atlas. And then the two halves are joined together.

The inside of each half that is exposed is protected by tarpaulin for the journey. Once on its plot, and the two halves are joined together, the furnishings and appliances that have been lashed down for the journey are now put into place. Finishing touches are put to décor and carpeting, and external covering strips plus ridge caps on the ceiling, where the two halves join, are fitted.

The cost of siting a park or holiday home

When you realise just how much time, tech and skill goes into the whole factory-to-pitch journey, it’s easy to understand why there’s quite a hefty cost involved; the amount, of course, reflects the size of the unit as well as the distance from factory to park.