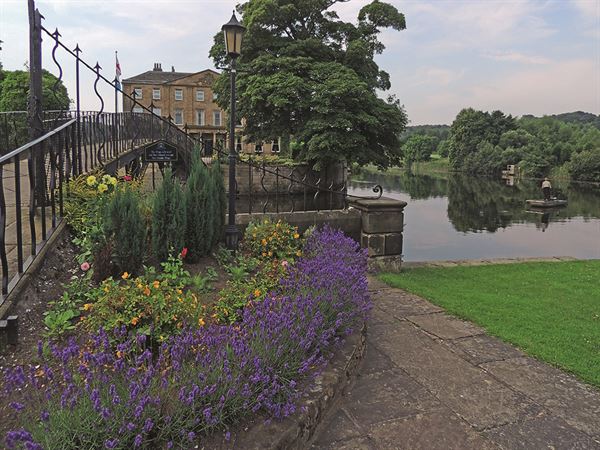 In bygone days, southwest Yorkshire’s affluent few had unearthed rich layers of minerals – coal and ironstone – below their ancestral piles. At the surface, families moulded into proud tight-knit communities to earn their slice of that crust. But the black diamonds didn’t last forever and the formidable dynasties fell. 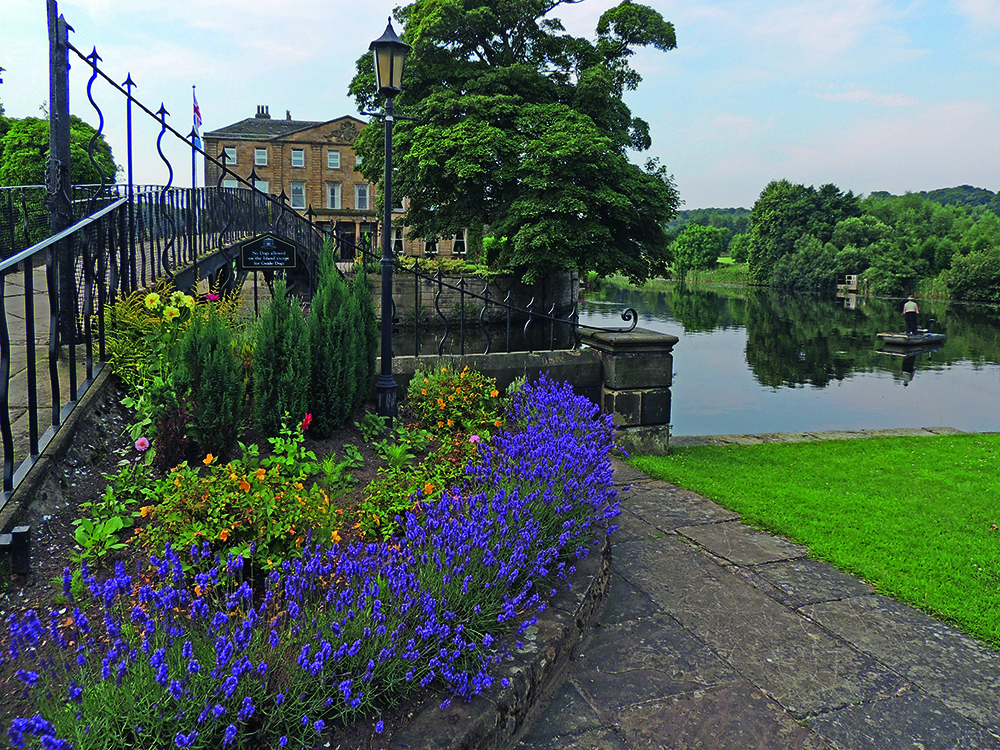 Today, the coal dust has settled, to be replaced by an unlikely sprinkling of stardust in the former miners’ steel-capped boots, which now tread the Makers, Miners and Money route. The MMM route (what a coincidence!), nestling in a triangle between Huddersfield, Barnsley and Sheffield, is one of the first to be designated a themed Regional Route. It will take time to join up all the regional ‘dots’ to form a contemporary grand tour, but I think the MMM route is a real tribute to true Yorkshire grit.

Contrary to popular belief, there has always been plenty of rural character to this area, but we are surprised how quickly wild tenants have replaced human activity. Not only has the fledgling phoenix risen from the fiery hot ashes to forge a modern identity, sporting a green suit of country parks, nature reserves and multi-user trails galore, it also now perches in the cradle of a heritage revolution. As our family trees are deeply rooted in Yorkshire’s traditional industries and inspired by the region’s award, we planned our trip to visit places we have long overlooked.

So, with not a flat cap or whippet in sight, we headed to Barnsley’s Greensprings Touring Park, followed by Wakefield’s Wintersett Lakes Caravan Park. Both campsites are small, rural retreats. Whilst we were aware of a neighbouring heronry at Wintersett, we hadn’t anticipated anxious parents tweeting their rebellious heron chicks’ whereabouts around the pond at the entrance to Greensprings.

Coal mining may now be history but, at the former Caphouse Colliery and adjacent Hope Pit, a wonderful legacy stands as a memorial to Old King Coal in the shape of Wakefield’s National Coal Mining Museum for England. At the pithead, we got straight down to work by exploring the engine-winding house, baths and stable yard. We dug deep into a minefield of historical information, beginning with various exhibitions devoted to how the miners – often an entire family – worked underground, before joining an optional subterranean tour.

In the Lamp Room, we were kitted out with helmets and battery lamps and relieved of our ‘contraband’ – anything that may cause a spark and start a fire or explosion, such as cigarettes, mobile phones or keys. Entering the cage, we sank 460ft into a black hole to get our hands dirty at the coalface as our ex-miner guide, Trevor, shared stories and memories with a mischievous twinkle in his eye. From the late eighteenth century, the Earls Fitzwilliam began to exploit the Barnsley coal seam under their Wentworth Woodhouse estate to accumulate a fortune. Dwarfing Buckingham Palace, this former country seat has 365 rooms, five miles of corridors and the longest façade in Europe. 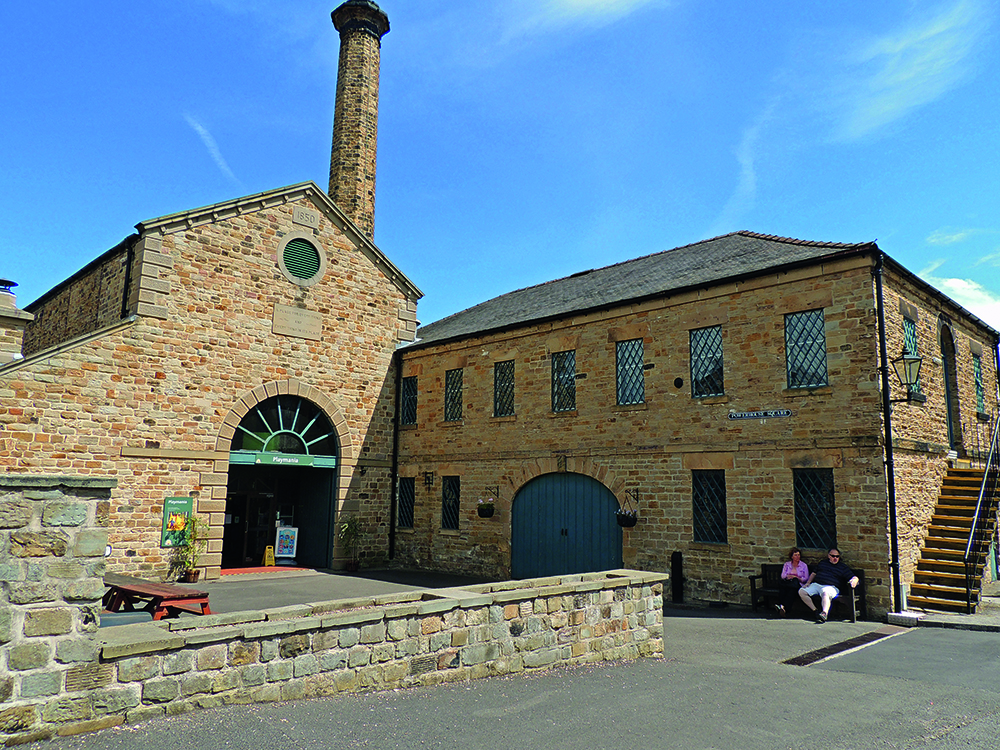 Forever on the trail of a good walk, we wandered through Wentworth’s estate village, passing Paradise Square. This small, flower-decked square, ringed with cottages, certainly lives up to its name. The equally impressive Victorian church is, supposedly, modelled on Truro Cathedral. Keppel’s Column, one of several eye-catching follies at Wentworth, is a distinctive landmark for miles around. At the heart of the estate’s wonderful parkland, we climbed a slight rise for an expansive view of Wentworth Woodhouse’s lengthy façade in all its glory.

In the nearby village of Elsecar, the Fitzbillies (as their employees nicknamed them), sank a mine, built an ironworks and cut a canal to create a thriving centre of industry. Later arrivals were a steam railway and the colliery workshops. Today, the restored ironworks and workshops form Elsecar Heritage Centre, which has a lively community feel and is jam-packed with tasteful art and craft shops, a visitor centre, cafés, an Aladdin’s cave of an antiques emporium and a kid’s indoor play venue that once served as the Fitzwilliam’s private railway station.

Having picked up some provisions in the market town of Penistone, Airy, our motorhome, provided an elevated view of the long and curving Penistone Viaduct on our way to the charming estate-style village of Wortley, clustered around the entrance to Wortley Hall and its delightful grounds. It was once the country seat of the Earls of Wharncliffe; another family with coal and iron running through their veins. Ironically, the Labour Movement has shaped the hall’s activities since the early 1950s and, these days, it’s run as a hotel on cooperative principles, a sort-of workers’ stately home! 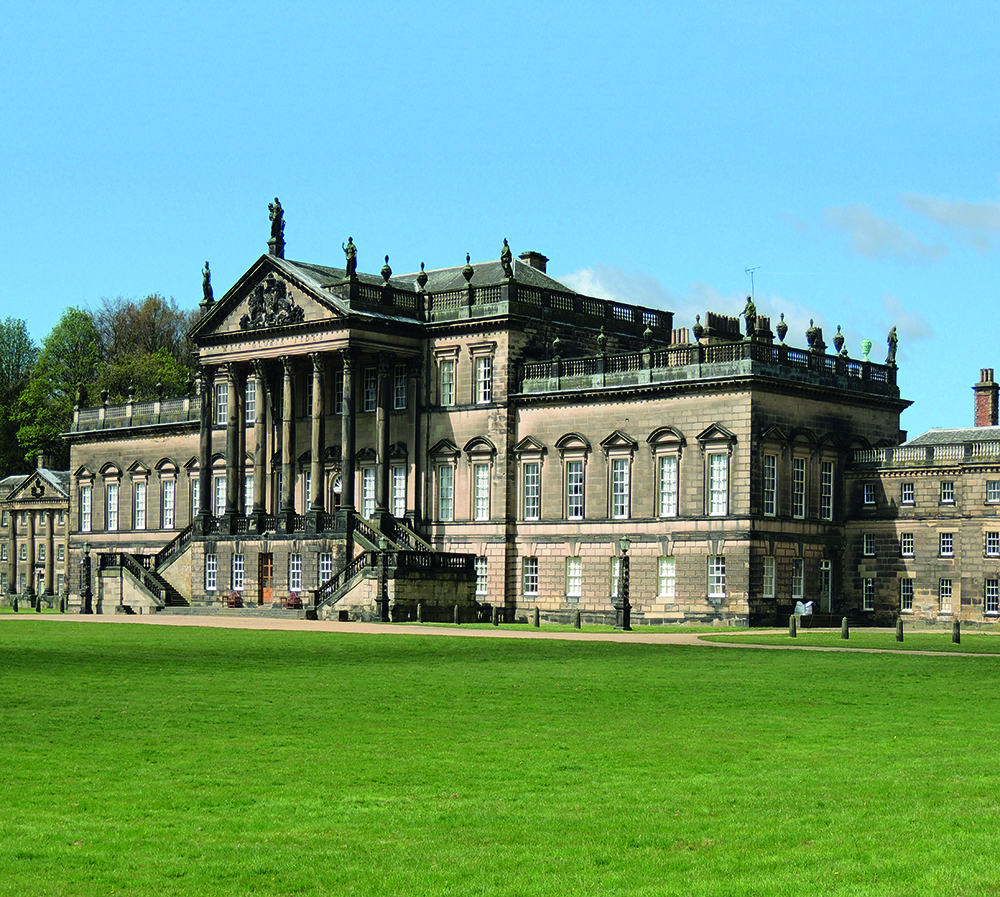 At Cannon Hall, it was the Spencer-Stanhope family who, as part of a powerful syndicate of ironmasters, nailed their wealth. Our stroll through the hall’s extensive parkland, adorned with lakes and a lovely blast of summer colour, was a joy and the perfect way to burn off our full breakfast at the Pot House Hamlet in the nearby village of Silkstone. Set on the site of a former glass house and, later, a pottery, the hamlet’s complex now houses a garden centre, farm shop, animal farm, bistro and other retail businesses on the banks of Silkstone Beck.

In Sheffield’s city centre, we found ourselves on a small, man-made island alongside the River Don. This is where Kelham Island’s Industrial Museum narrates the city’s industrial story. On a glorious day, we followed an undulating route through the Loxley Valley with sweeping, high-level vistas. Dotted alongside the Loxley are the remains of river engineering. Particularly delightful was the former dam – Loxley Fishery – busy with fishermen.

Taking advantage of its easy parking, we forged along the Sheffield & Tinsley Canal for three miles – almost its entire length – to the Victoria Quays basin in the city centre. Opened in 1819, this short waterway bridged a vital trade gap to the North Sea, yet was inevitably quickly superseded by the railways. You can hitch a bus, tram or train back to Meadowhall, but we followed the Five Weirs Walk along the banks of the Don.

From the Wintersett campsite, we wandered into an area collectively known as The Heronry – Anglers Country Park, two reservoirs and Haw Park Wood – to complete an undemanding circuit of each of its elements and a lovely section of the bordering Barnsley Canal.