Motorhome travel: Wildlife-spotting in the Forest of Bowland 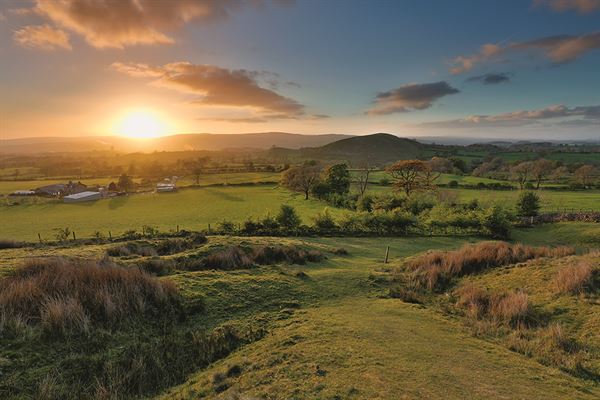 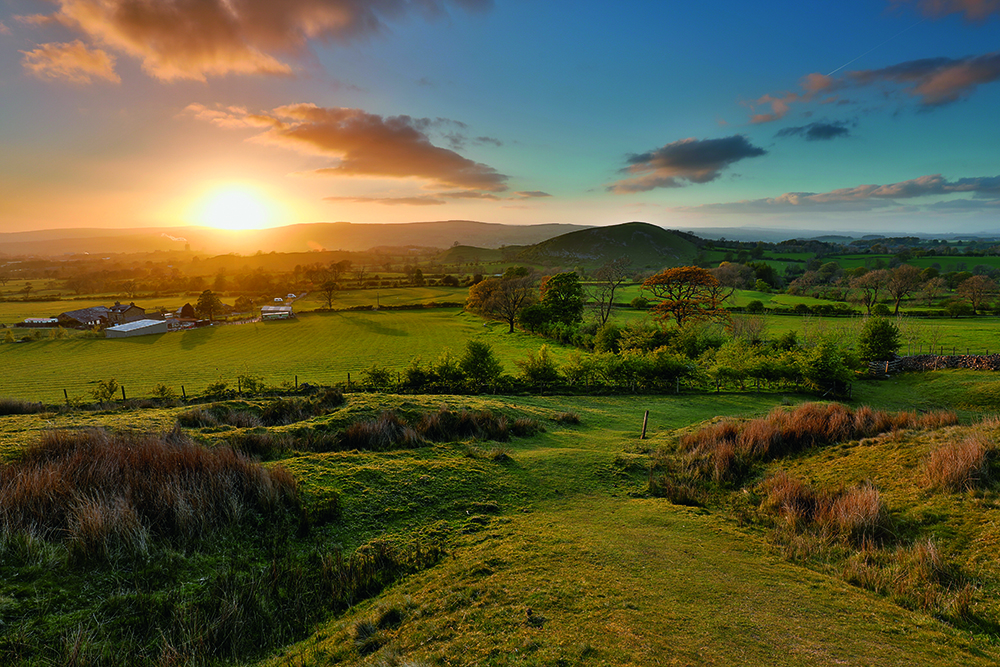 I was born in Blackpool and my family still live there, so making the journey from west Cornwall to the Forest of Bowland was almost like going home. The area is one of the best in England for spotting hen harriers, but there were many other species on my mind and I was looking forward to renewing my acquaintance with the area.

The Forest of Bowland is not a forest in the modern sense of the word but it is an Area of Outstanding Natural Beauty. In fact, it is one AONB split into two parts by the town of Clitheroe. To the south of Clitheroe is a small section around Pendle Hill and to the north a vast tract of wild land with few roads and only a scattering of villages. It’s a great place to get away from it all.

Our first campsite was Angram Green Farm Camping and Caravanning Club Certificated Site near Clitheroe from where it is easily possible to climb Pendle Hill – and that was our aim. Most tourists walking up and around Pendle Hill will probably have witches on their minds. This area was made infamous in the early seventeenth century for the persecution and execution of people, mostly women, who were deemed to be witches. 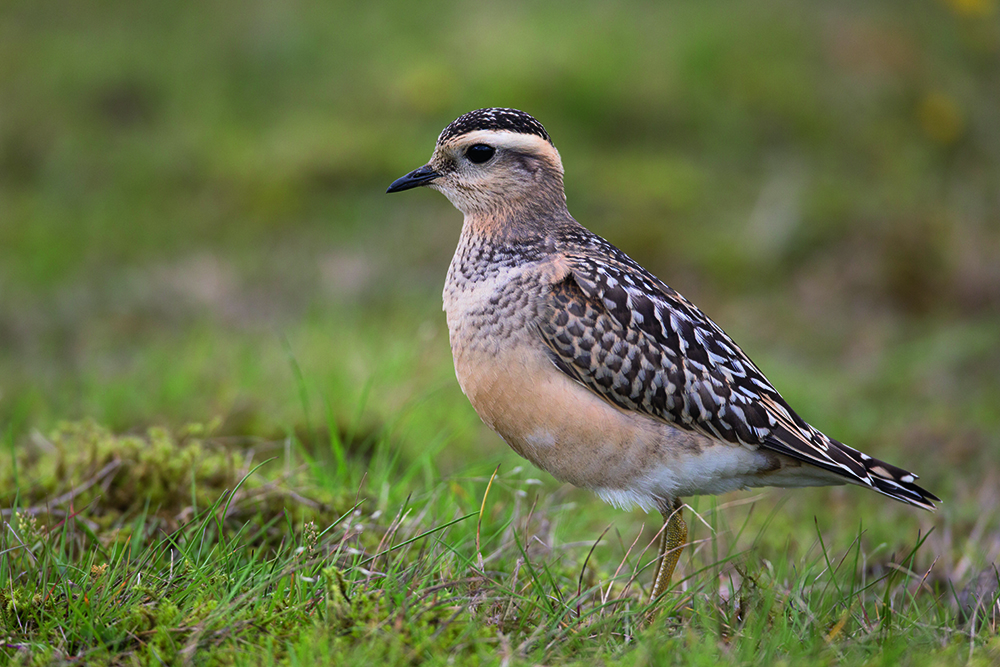 My reason for climbing to the top of Pendle Hill was very different. In birdwatching circles, Pendle Hill is synonymous with one species of bird: the dotterel. This is a migratory wading bird that spends winter in north Africa. Those that breed in the UK do so mainly on the tops of the Cairngorms in Scotland. Their spring migration takes them north through England at the end of April and early May. During that migration they have the habit of stopping for a day or two at regular spots; one of these is Pendle Hill.

It isn’t a long walk from the site up Pendle Hill – though it is steep – so we decided to take a circular route including the Nick of Pendle and Ogden Clough before ascending to the summit. A strong northerly wind was blowing all day and it was cold. In Ogden Clough we were fortunate to see a very active colony of green hairstreak butterflies on the south-facing slope. Birdlife included curlew, kestrel, buzzard, wheatear, meadow pipit and skylark.

As we approached the top, where the dotterel might be encountered, I found a golden plover in summer plumage and this raised my hopes slightly. Despite wandering the top for about an hour, I could find no sign of any dotterel. Salt was rubbed into the wound when I found a couple of birdwatchers, also looking for dotterel, who informed me there had been some yesterday.

The next morning I woke early and could hear that the wind had dropped. I also knew that the night had started clear – which would encourage birds to migrate – and ended cloudy which, I conjectured, might encourage them to land. I took the direct route and was at the summit of Pendle Hill within the hour. Conditions were more favourable for birdwatching and I saw plenty of red grouse, a few golden plover and a grasshopper warbler.

Then, within 100 yards of the summit on the bare, stony ground, stood a beautiful female dotterel. The females are more colourful than the males because, in this species, it is the males that sit on the eggs and the females who show off. I unpacked my camera gear and tried to get some photos but failed. Clearly this was another female who didn’t want her photo to be taken at the summit of Pendle Hill! 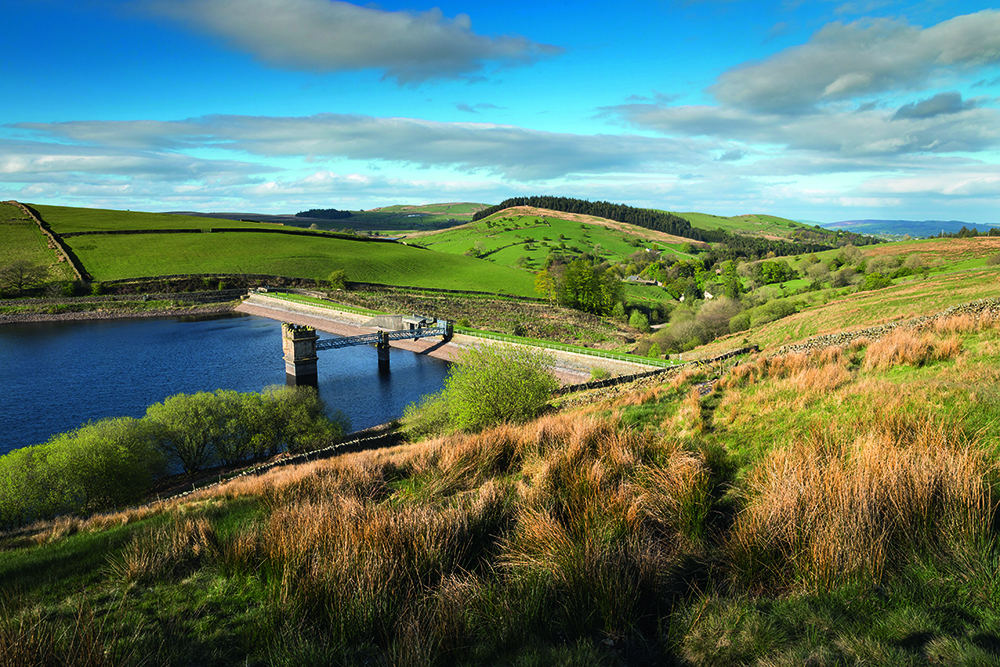 Later that day we moved sites, to Newton-in-Bowland where we stayed at Crawshaw Farm, a small site with few facilities but with great access to the countryside. From the site we walked into Newton and Slaidburn. These lovely villages both have pubs and the latter has a tea shop, too, which I can recommend. Between the two is a pretty walk along the River Hodder where dippers and grey wagtails are resident and sand martins visit for the summer, making their nest holes in the sandy banks of the river.

The surrounding fields are teeming with brown hares, I can’t remember anywhere better for them. The cuckoo flowers, aka lady’s smock, in the delightful riverside meadows attract lots of orange-tip butterflies. We also saw numerous redstart singing from the treetops as well as a good number of curlew, oystercatcher and lapwing.

Place names such as Tewitfield hinted at a long historical association with this wonderful bird also known as the ‘peewit’ or ‘tewit’ because of its call. On another day we drove the short distance to Dunsop Bridge, which is said to be the centre of the UK and it has a special telephone box to prove it! More importantly to us, it seems to be at the heart of the Forest of Bowland and is a good place from which to explore the area on foot. 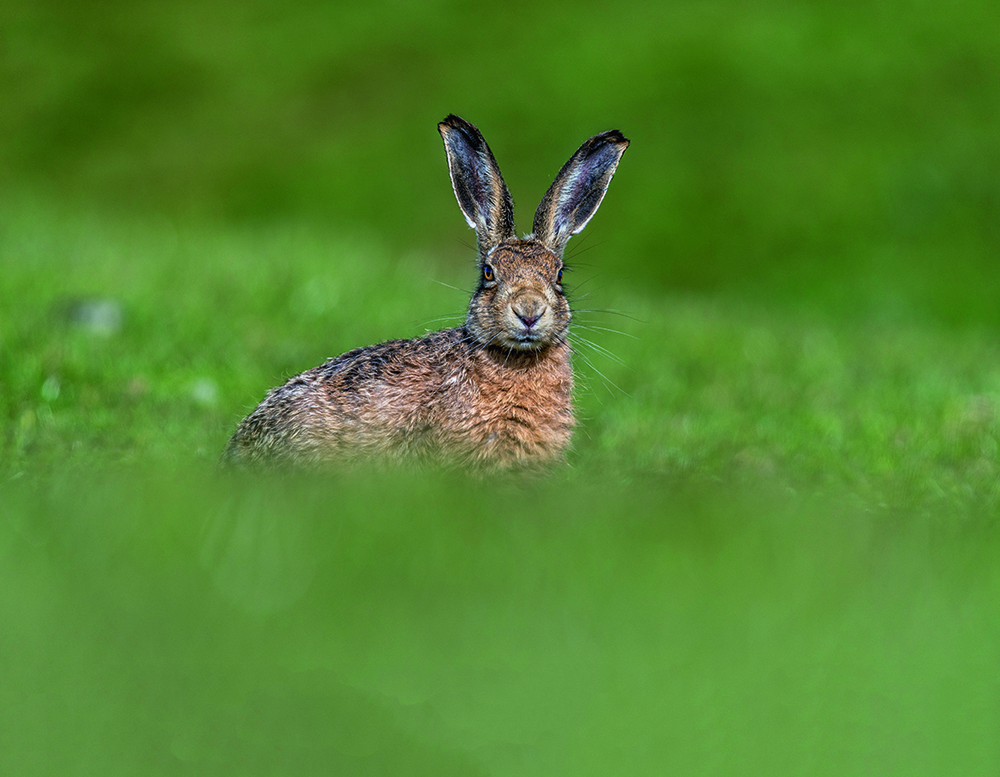 We planned a walk up the River Dunsop as far as Whitendale where, by coincidence (honestly!), a pallid harrier (a very rare bird which should have been in Russia) had been seen. This gave us an extra incentive and we were soon amid a throng of twitchers watching this ghostly white male harrier. It was a slight irony that the emblem of the Forest of Bowland is a hen harrier and, yet, here we were watching something very similar in appearance but much rarer.

The rest of the pleasant walk and our afternoon jaunt up the nearby Langden Valley were a real joy but less eventful. Just to the northeast of Slaidburn is Stocks Reservoir and the adjacent Gisburn Forest. Unlike the Forest of Bowland this is a proper forest with trees. In fact, it’s the largest forest in the AONB. There are plenty of cycleways and footpaths, most of them passing through fairly nondescript coniferous plantations. There are also some lovely stretches including the footpath along the appealingly named Bottoms Beck where we saw early purple orchids, tree pipits, blackcap and garden warbler.

Nearing the end of our short break it was time to head off to Blackpool. We took a detour over the Trough of Bowland, an impressive pass traversed by an attractively winding road. Driving through towards Abbeystead there are parts of the landscape that are reminiscent of other historic hunting grounds – such as the New Forest – but at a higher altitude. We had thought we might climb to the highest point in the AONB at Ward’s Stone, but we opted for a walk in the valley of the River Wyre, both up and down stream from pretty Abbeystead. This is arguably the most beautiful valley we had visited. Being spring, the trees were stunning with a huge range of colours in their foliage. Many of the wooded areas were strewn with bluebells and wild garlic creating gorgeous carpets of flowers.

Our visit to the Forest of Bowland ended here. There is so much of the AONB that we didn’t see, but what we did see surpassed my expectations and memory.