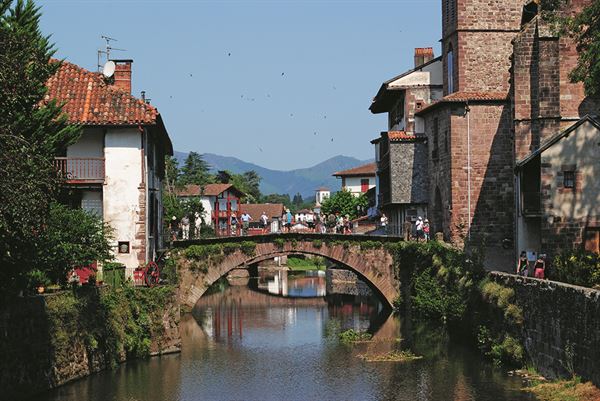 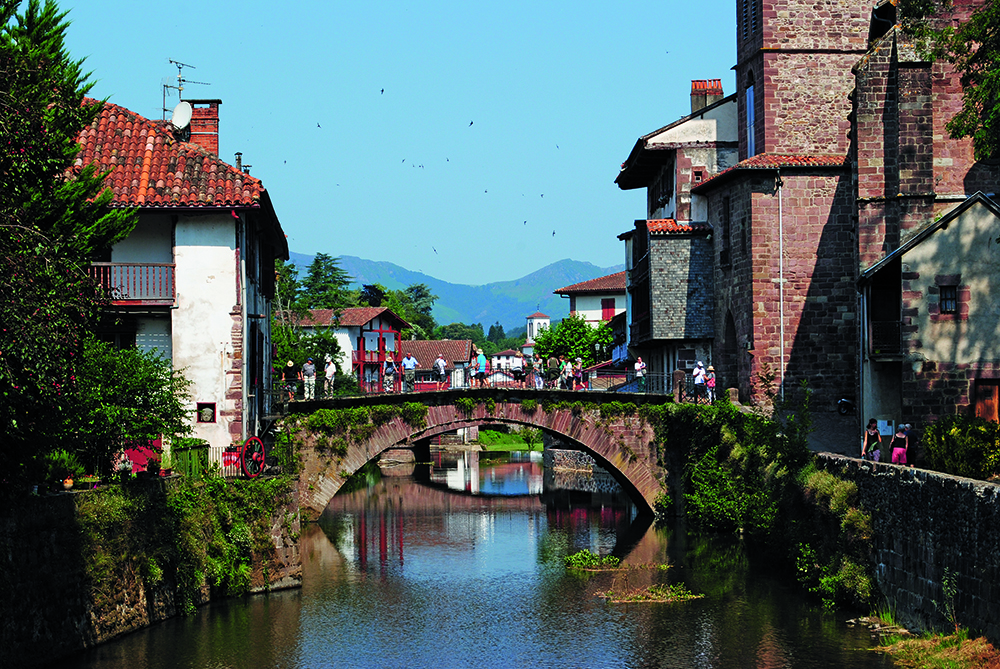 This year we took the ferry to the Spanish port of Bilbao, with every intention of staying in the French Pyrenees and visiting the Cirque de Gavarnie. But it all turned out differently… It started well.

We camped in St-Jean-Pied-de-Port in brilliant sunshine. This campsite is almost in the centre of a lovely little town, proud of its place on the pilgrimage route to Santiago. Narrow streets, lined with old stone houses, wind their way up to the château, now a school. There is a small museum and art gallery, housed in a former prison, which illustrates the town’s history. In the cellar are two prison cells, pretty much as they were in the Middle Ages.

However, on the second day the temperature climbed to 38˚C and we decided to move to cooler parts, high up in the Pyrenees. Our route took us up a winding road over the Col Burdin. Soon afterwards, we found an idyllic little campsite just on the edge of a bastide (fortified town). It proved irresistible and was more like someone’s garden than a campsite, with flower beds, bird sculptures and little tables and chairs. Tardets-Sorholus isn’t a picturesque bastide but it retains parts of its arcades and is a busy place on the edge of the high Pyrenees, surrounded by beautiful countryside.

Another day saw us taking in the dramatic 4km (2½ miles) gorges of Kakuetta, with sheer rocks and waterfalls. A walkway – often a scramble over wet and slippery rocks – took us from the incredibly green waters of a lake up to the cave at the end of the gorge.

Our plan was to continue to Gavarnie – but then came the rain. Rain in the Pyrenees is serious rain and the forecast wasn’t hopeful, so we set off north for the Bastides of Gascony. The famous ones are up near Condom but, as we had been there fairly recently, we settled in Montesquiou, within reach of some lesser-known ones. 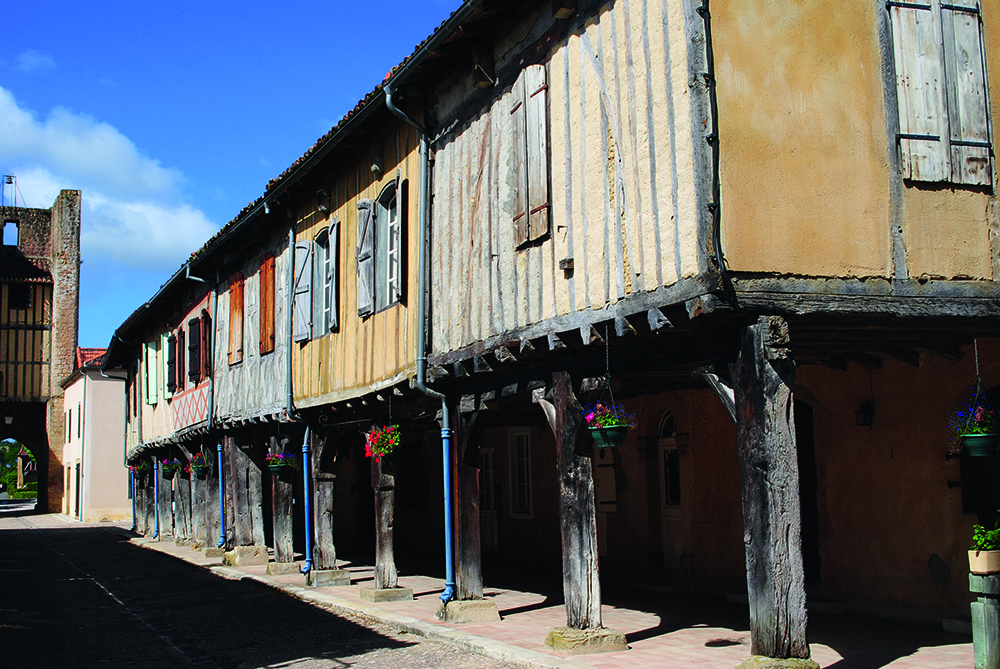 Bastides, both French and English, were new towns of between one and two thousand people, founded in the thirteenth and fourteenth centuries. Our nearest was Bassoues and it is superb. A huge donjon dominates the narrow streets and arcades. Remnants of medieval fortifications enclose this tiny village and flowers cascade down the walls. Nearby is the St-Fris basilica and its crypt.

We spent several days visiting more bastides, along roads with fields of sunflowers on every side. Montesquiou has some attractive corners and there are many other tiny bastides, like Saint-Arailles and Bazan, which still retain recognisable features. Lupiac is the birthplace of the man reputed to be the model of d’Artagnan of the Three Musketeers (although the reality was very different from the swashbuckling fictional character). A statue of him on a rearing horse dominates the square. Tillac looks like a stage set and, indeed, has been used as such in several films. From the stone gateway, the single street is lined by half-timbered houses with covered arcades. Stand here and you can imagine yourself transported back several centuries.

There is an enormous donjon at Termes but we didn’t stop as we had, on the way, seen a notice to the exotic garden, Palmeraie du Sarthou. This was a lucky break, indeed. The signposted walk through the garden leads first to an old farmhouse, furnished just as it would have been in earlier times. A nattily dressed wooden toad points the way to tropical vegetation, forests of bamboo and exotic beds of lotus flowers and ponds of water lillies. Then, in a wooded part, two aeroplanes had, apparently, crash-landed.

We found so much to explore in Figeac and its environs. Figeac is beautiful, with small squares and narrow streets lined by tall, half-timbered houses. Every Saturday the central squares and nearby streets are closed off for the market. This is a feast for the senses, teeming with sounds, scents, tastes and colours. 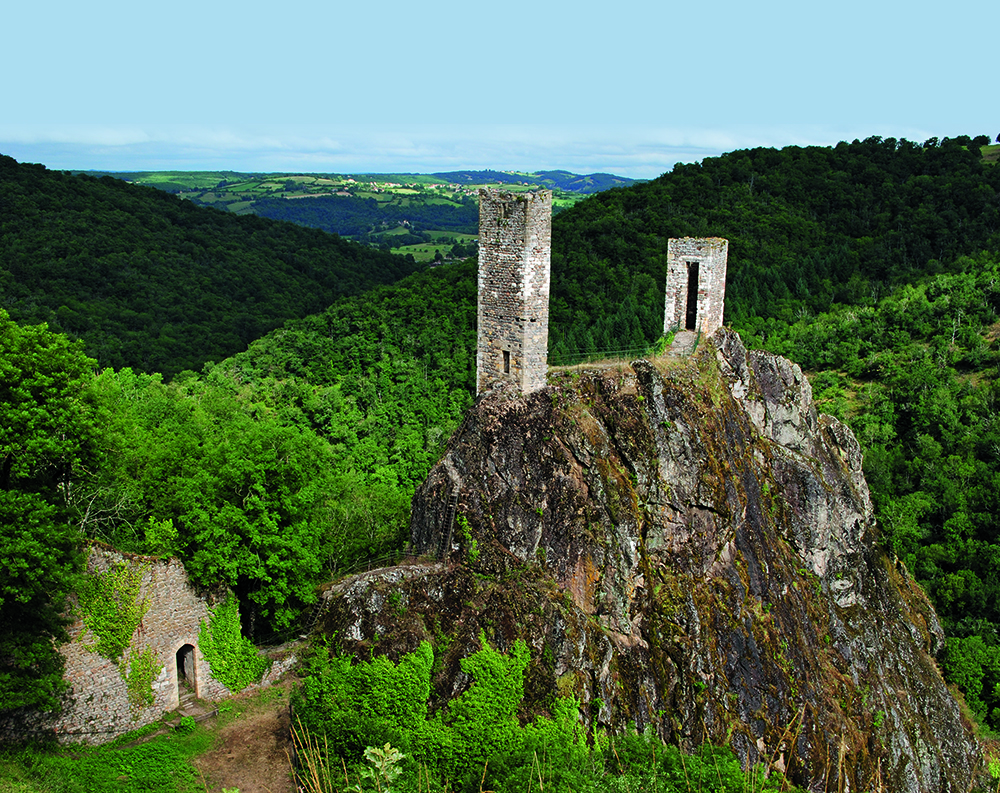 We drove to the extraordinary remains of Peyrusse-le-Roc. How does one begin to describe this place? Two things are essential: the booklet (available in English) and strong walking shoes or boots as the going is rough. The little village at the top is pleasant, but unremarkable, apart from the lovely Place des Treize Vents. But the fame of Peyrusse is its medieval site, which stretches down the wooded hillside.

On our way back to Lacapelle-Marival, we stopped at two villages. Capdenac-le-Haut, some believe, was the last Gaulish stronghold to hold out against Julius Caesar. Certainly, parts date back to Gallo-Roman times as it was on a major Roman route. There remain ramparts, old gateways into the city, narrow streets of old houses and the impressive Tour de Modon (tower), which was built by the Templars. Today, this hilltop village looks down on the nineteenth century eyesore of Capdenac-Gare. 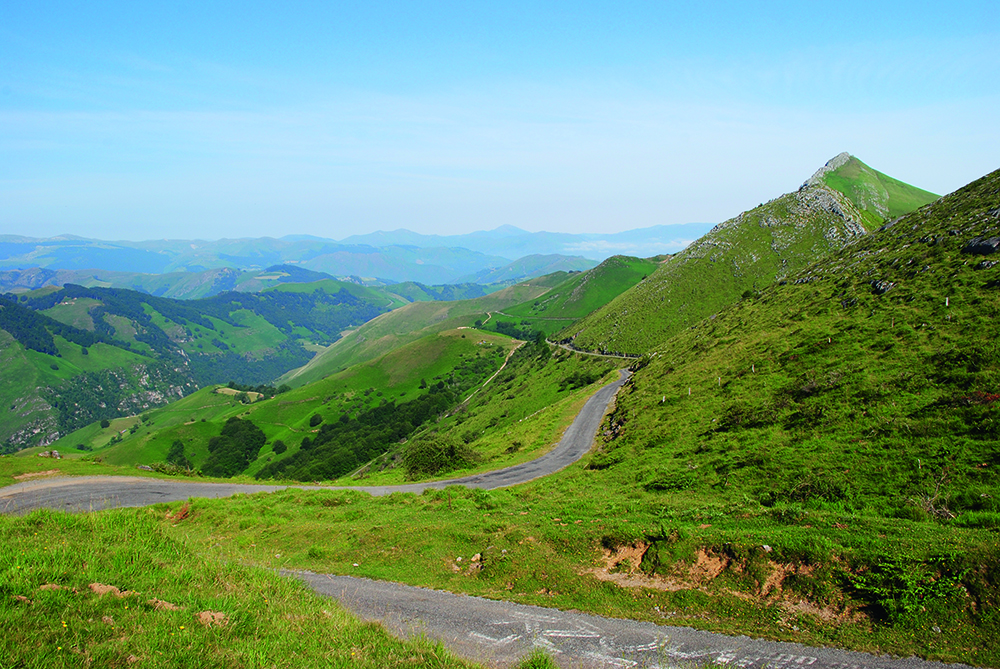 Our final destination was Thouars, a little hilltop town in Deux-Sèvres. I can’t, in all honesty, describe Thouars as attractive but it is interesting. For a start, it has the highest number of listed buildings per inhabitant in the region. One of these is the seventeenth century château, which is now a school. There were no fewer than 40 towers in its defensive wall and plenty still remain, together with a couple of old gateways and a thirteenth century fortified bridge. The walk from the campsite to the town centre passes through a beautiful public garden alongside the town wall.

About 23km (14 miles) south, is the pretty town of Airvault, through which we had driven on the way. Tiredness overtook us and we welcomed a torrential thunderstorm as an excuse to rest. Our siesta was disturbed by an ear-splitting crash. An overburdened branch had fallen from a tree on the site. Fortunately, no one was underneath at the time. It’s all part of the rich tapestry of camping in France!