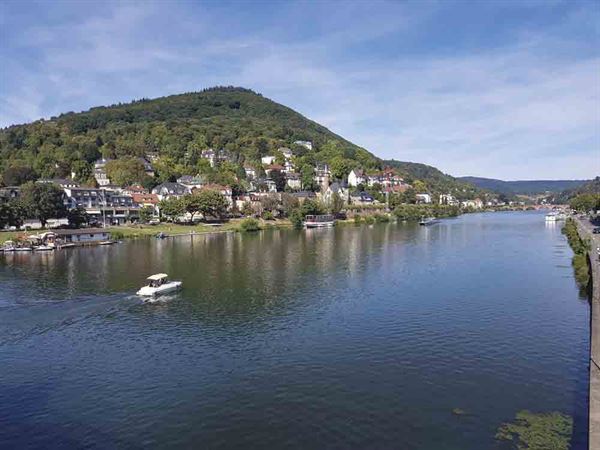 I’ve always liked visiting Germany and I’ve been lucky enough to travel there on business several times. They were all fairly brief stays though and I’d not had time to really immerse myself in German culture. When I say culture, I actually mean the important things in life: cars, beer and sausages...

Selling the idea to the rest of the family was easy – my son, Sam, wanted to visit one of the world’s largest tank museums while Helen’s wish list was to spend some time visiting one of Germany’s Disney-esque castles. This provided the perfect excuse to visit somewhere I’ve always wanted to go: the Nürburgring. I’d timed the visit to coincide with the AvD Oldtimer Grand Prix, a vintage car race that sees some 60,000 people descend on the circuit in the middle of August each year.

Unlike similar events – such as Goodwood Revival, Silverstone Classic and Le Mans – which have to be booked the previous year if you’re going to have a chance of getting in, the Oldtimer GP is much more relaxed and you can just turn up and pay on the gate to camp.

Having crossed into Germany from Holland, it’s instantly apparent that you’re in another country as you start being overtaken by Porsches, Audis and BMWs all doing silly speeds! You certainly need good mirrors on the autobahn – these dual carriageways don’t have speed limits and it’s safer to go a little faster to avoid a massive speed differential on an approaching car when you overtake a slow-moving truck. About 80 – 85mph proved a comfortable cruising speed for the Renault and we soon found ourselves at the famous German circuit.

Classic cars at the Nürburgring 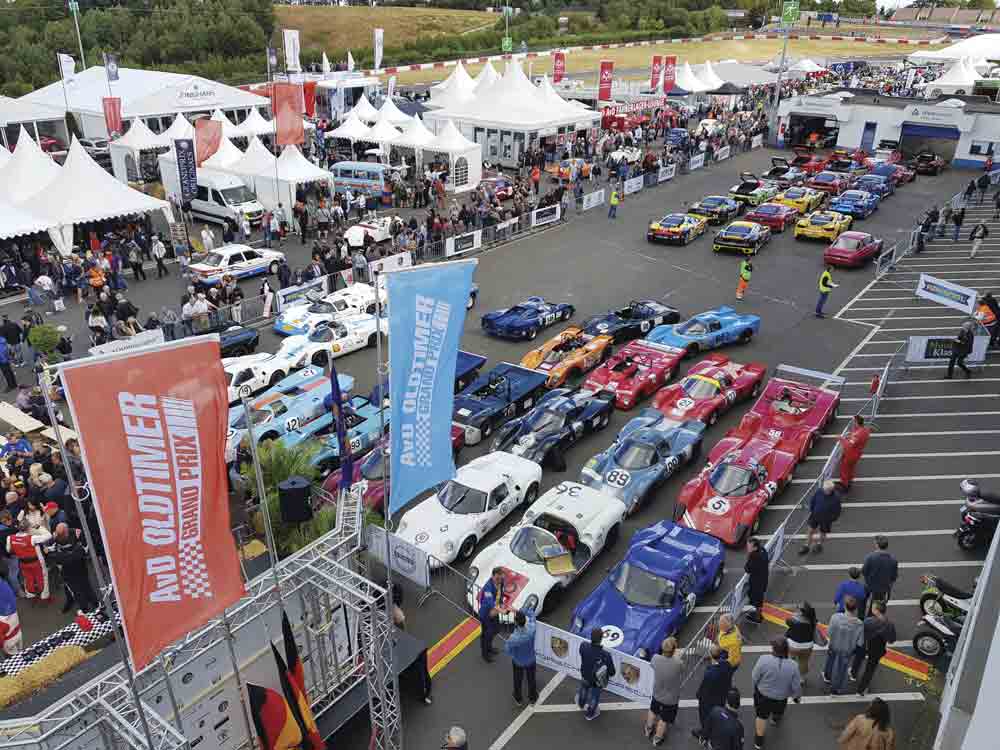 Set on the outskirts of the small town of Nürburg, which is topped with a castle, there are two circuits – the famous old Nordschleife (north loop) circuit and the modern Nürburgring Grand Prix circuit. They’re next to each other but not connected.

The Nordschleife has the most fearsome reputation – it opened in 1927 and is an incredible 13-mile twisty section of tarmac that winds its way through the dense forest around the Eifel mountains. Formula 1 driver, Jackie Stewart, named it the ‘Green Hell’ and the name has stuck ever since. Many drivers have lost their lives at the Nordschleife, as there’s next to no run-off and crash barriers close to the track in most places. Throw in long straights and an enormous number of corners to memorise and you’ll appreciate the scale of the challenge for drivers, so it’s rarely used competitively. It’s open to the public for track days and is used by all the main sports car makers for testing.

The Oldtimer Grand Prix is held on the modern GP circuit and, after paying the fee for camping, and driving straight onto our pitch without having to queue, we were soon nestled into the ultra-modern stadium as a selection of historic race cars thundered past. The noise of these brawny V8s reverberating and echoing around the grandstands made for an impressive spectacle, for sure!

It’s an incredible circuit and the investment in the infrastructure around it is staggering – the roads leading to the circuit are the smoothest I’ve ever driven on and there’s a museum, lots of shops and restaurants and several hotels. Motorsport is the biggest employer in this region and it shows.

The great thing about visiting a track like this is that you get to see a wide variety of classic racers of all eras being put through their paces, such as the late sixties and early seventies cars like the Lola T70, Chevron B16 and the iconic Porsche 917. Predating the ‘aero era’, these wonderfully curvy cars lack wings or spoilers to press them down, relying on mechanical grip and driver skill to keep them on the track. The Porsche 917 is a real fan’s favourite and very rare to see on track – only 37 of these flat 12-powered monsters were made and the last one sold at auction was the most expensive Porsche ever sold, making fourteen million dollars!

Sadly, all this petrol head nirvana had to end and a couple of days later we dropped the pop-top and pointed the Renault southwest to the town of Heidelberg. We had castles to visit...

A heatwave in Heidelberg

The heatwave had really kicked in by the time we'd arrived so we parked up at the lovely Camping Heidelberg campsite on the banks of the River Neckar. The pitch cost a bargain €25 a night and, although it’s 5km from the altstadt (old town) of Heidelberg, there’s a bus stop at the entrance and it only takes a few euros and a few minutes to get into the historic old town. 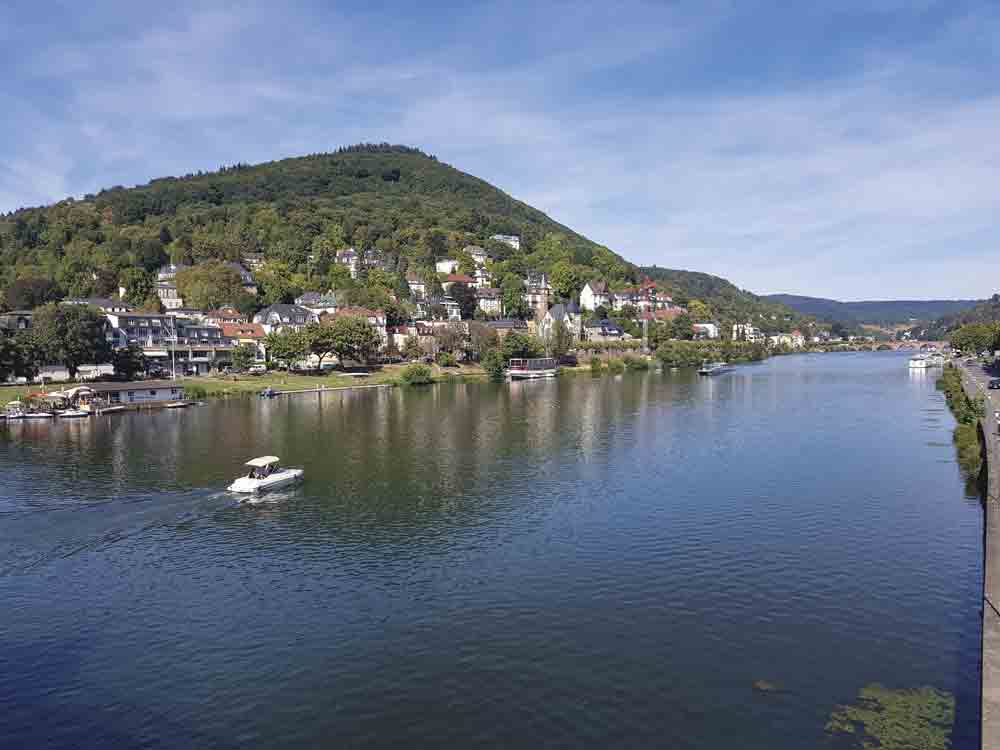 It proved a delightful old town with a historic bridge and a selection of great shops, restaurants and bars, all set amidst wonderfully historic buildings.

It’s beautiful to explore and we spent a couple of days there, even hiring a small boat and chugging up and down the Neckar with Sam at the helm, trying to cool down in the heat.

The castle itself dominates the skyline of the Neckar Valley and is accessed via the Heidelbeger Bergbahn, a steep mountain railway that features bizarre angled carriages.

As we’d been baking in the summer heat, we were pleased that the weather broke and it was drizzling during our visit of this impressive castle.

Like all castles, Heidelberg has had a chequered past and is thought to date back to the thirteenth century, having been knocked down and rebuilt multiple times due to wars, lightening strikes, fires and the fashion tastes of various royal inhabitants.

Today it’s a jumbled mix of Gothic and Renaissance buildings but, more importantly, inside we found an excellent coffee shop that served wonderful cakes.

We also spotted the largest barrel of wine I’ve ever seen – the Heidelberg Tun is reputed to be one of the largest wine barrels in the world and is about two storeys high with a capacity of 219,000 litres!

After the noise and bustle of the race track, Heidelberg proved a relaxing tonic. But we still had another place to visit – a campsite I’d visited before in the vineyard region of Sommerach.

Camping Katzenkopf (Cat’s Head) is set on the banks of the River Main, amidst lakes and trees. It’s a charming campsite with a pleasant restaurant on site, though this gets very busy in summer and we couldn’t always get a table. The main reason people visit the area is to sample the wines. The river curls around the region in a large horseshoe shape and the banks on either side are perfect for growing vines. All the surrounding towns are involved in wine production and there are numerous flat cycleways that link them all together. 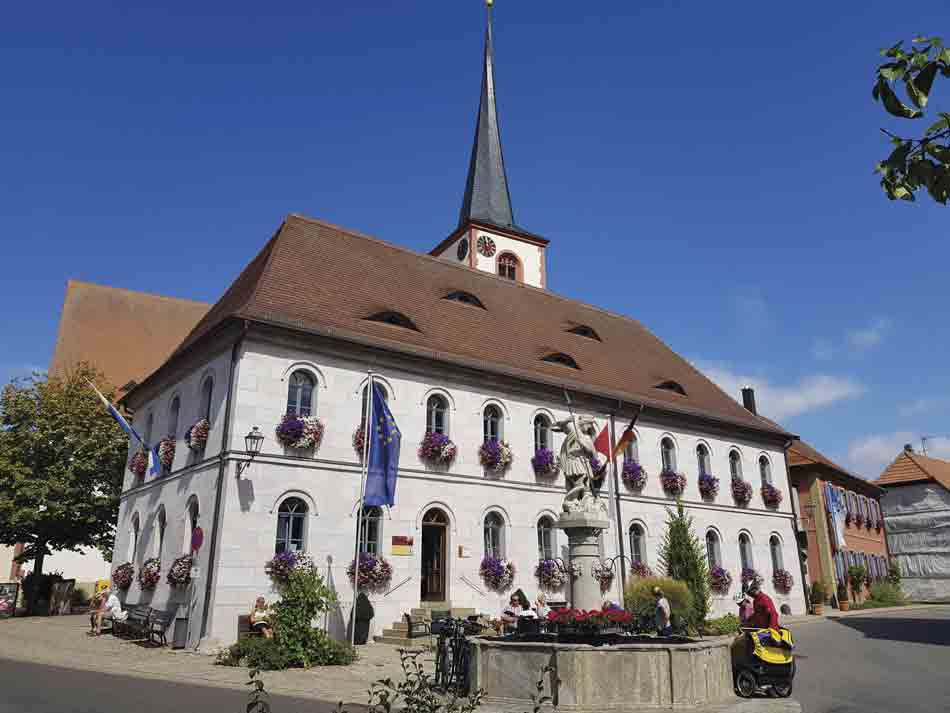 This part of Germany isn’t at all touristy and we found few English speakers or translated menus. I liked this - it meant every meal became a lucky dip if you veered away from the bratwurst section! The only mistake we made was opting for the local fish delicacy – a fresh water creature that had enjoyed swimming the Main prior to its arrival on our plates. Helen’s fish had clearly enjoyed eating a lot of soil, as that’s what the dominant taste was. Sadly the local wine to wash it down wasn’t the best, either. We stuck to sausages and beer for the next meal, just to be on the safe side...

Biking in the area proved a real treat. Helen and I hired a couple of bikes from the campsite. Pedalling around the vineyards was enjoyable and we’d soon ambled a couple of miles into the town of Volkach. With historic part-timbered buildings and cobbled streets, it was a real delight. Cycling, especially on e-bikes, is a big thing in Germany and the town’s market square was full of German holidaymakers all parking up their bikes. A recharging station built into a bank of lockers was thoughtfully provided for all the e-bikes, allowing their riders to explore the many bars and restaurants fringing the square.

The German Tank Museum in Munster

As our time in Germany drew to a close, we had one more place to visit: Sam’s tank museum. He’d been looking forward to this all holiday, as he’s a big fan of WW2 tanks having played the Flames of War game (a mind-bogglingly complicated game that involves lots of building of plastic kits, tape measuring, dice and a rule book the thickness of a telephone directory).

The Deutsches Panzermuseum Munster is on the outskirts of the town of Munster (not to be confused with Münster) in the north of Germany and is one of the largest tank museums in the world. Opened in 1983 on the base of the former Munster Training Area camp, it’s home to about 80 tanks as well as many other armoured vehicles.

Sam made a beeline for his favourite tank inside, the rather bizarre-looking Sturmtiger, which features a very large diameter stubby gun barrel that fires 380mm rocket-propelled rounds and weighs a hefty 68 tonnes, thanks to 150mm armoured front panels.

It was the sheer scale of the tanks that was so impressive – you see them on the History channel and in books, but being stood next to one is a humbling experience and they must have been a terrifying sight for any Allied troops. Sam had really done his homework about the tank museum and had also found the nearest – and highest rated – bratwurst purveyor in the area!

So we were dragged to Rosenberger’s Eck where we ate the best currywurst we’d had in Germany. Best of all, the portions were nearly as vast as the tanks across the road!

It seemed a fitting end to our time in Germany.

This article was originally published in the May 2019 issue of Campervan magazine - click here to a buy a digital version. This trip took place prior to the coronavirus pandemic. We are publishing it for your enjoyment and to help you plan your future trips. Read the latest camping travel advice here.