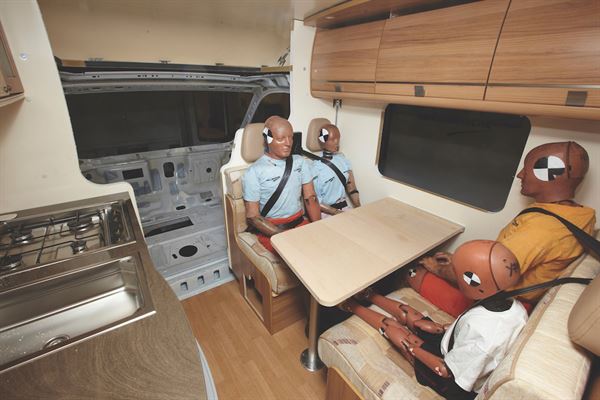 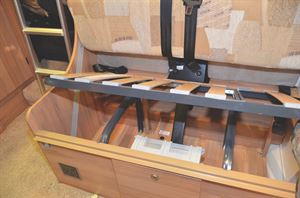 In 1966, legislation made it compulsory for all new passenger cars to be fitted with front seatbelts – but it wasn’t until 1983 that it became compulsory to wear them.

As public acceptance of seatbelts increased, so further legislation has been introduced covering a wider range of vehicles and applications, including specific requirements for children. This piecemeal introduction of legislation, while necessary to take the public along with stiffer measures, has resulted in some motorhome owners still asking questions about the law regarding the carrying of passengers without seatbelts and the so-called ‘grey areas’ of the law.

While looking at the different aspects of the law it cannot be emphasised too strongly how evidence indicates that, in a collision, lives are saved with the use of seatbelts. 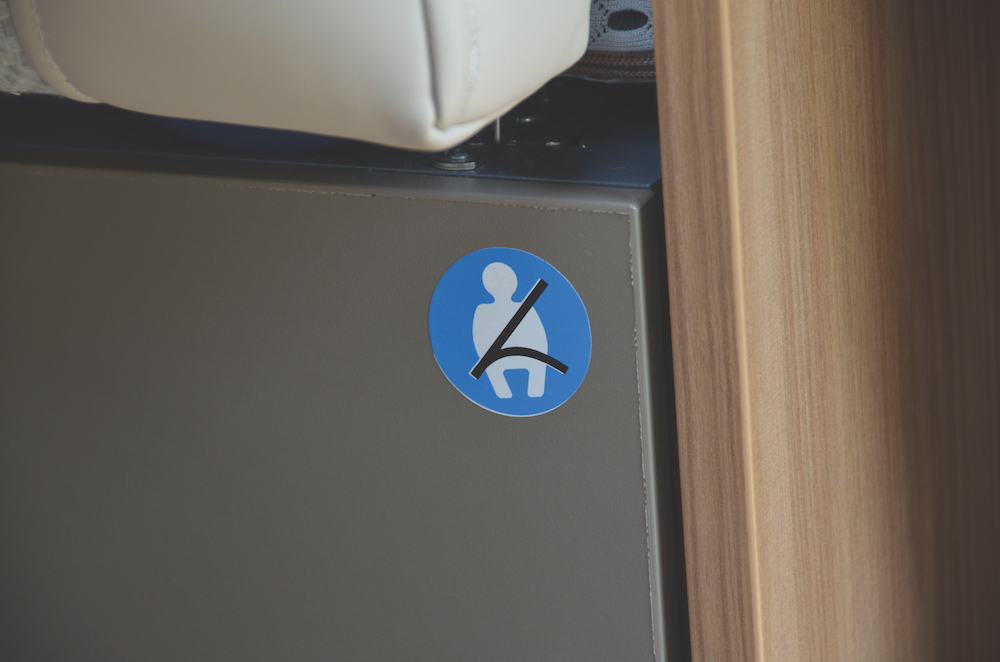 Seatbelt legislation comes under the Road Vehicles (Construction and Use) Regulations (C&U Regs). With regard to motorhomes, this originally stated ‘motor caravans first used on or after 1 April 1982 shall be equipped with anchorage points for the driver’s seat and specified passenger seat’.

This was subsequently amended in the 1986 Regulations to require anchorage points for the driver’s seat and any forward-facing seat in motorhomes from 1 October 1988.

It wasn’t until legislation in 2007 that manufacturers and motorhomers started to seriously consider seatbelts as an essential piece of kit for passengers in the habitation area. From 20 October 2007, new motorhomes were required to have seatbelts fitted on all seats except those seats intended solely for when the vehicle is stationary. This situation exists to the present day where manufacturers fit belts to seats that are designated as travelling seats.

No legislation has been brought in that expressly forbids the use of seats without belts when travelling, either in newer motorhomes with designated travel seats or earlier motorhomes with no belted seats in the accommodation area. What legislators have relied upon to regulate the use of non-belted seats in motorhomes is long standing legislation, namely Regulation 100 of C&U Regs 1986 that requires, 'the manner in which any passengers are carried in or on such vehicle… shall at all times be such, that no danger is caused or is likely to be caused to any person in or on the vehicle or trailer or on a road.'

Clearly an unrestrained passenger is likely to present such a danger in the event of a collision.

Reinforcing Regulation 100 is Section 40a of the Road Traffic Act 1988, which says a person is guilty of an offence if he uses a vehicle on the road when the number of passengers carried or the manner in which they are carried is such that the use of the motor vehicle involves danger of injury to any person.

It’s also worth noting if you have a motorhome with designated travel seats there is a good chance your motorhome will be overloaded if you carry passengers in excess of the number of travelling seats.

What is explicit in the regulations is, if a seatbelt is available, it must be used. In addition, regulations clearly detail how children aged 12 and under must travel in appropriate restraints.

Motorhomes built before legislation required designation of travel seats are sometimes found with seatbelts fitted to side-facing seats. Under the 2007 legislation designated travel seats can only be forward or rearward facing.

In the event of a crash, side-facing seatbelts may help prevent the wearer being thrown around the motorhome or ejected, but in a frontal crash these belts can increase injury by subjecting vulnerable parts of the body to higher loads than if the belt were located a front-facing seat.

This doesn’t make sideways-fitted seatbelts fitted to motorhomes built before the legislation illegal, but their use is not recommended.

From an insurance perspective it would probably be deemed difficult to impose limitations on the carrying of passengers in older motorhomes. 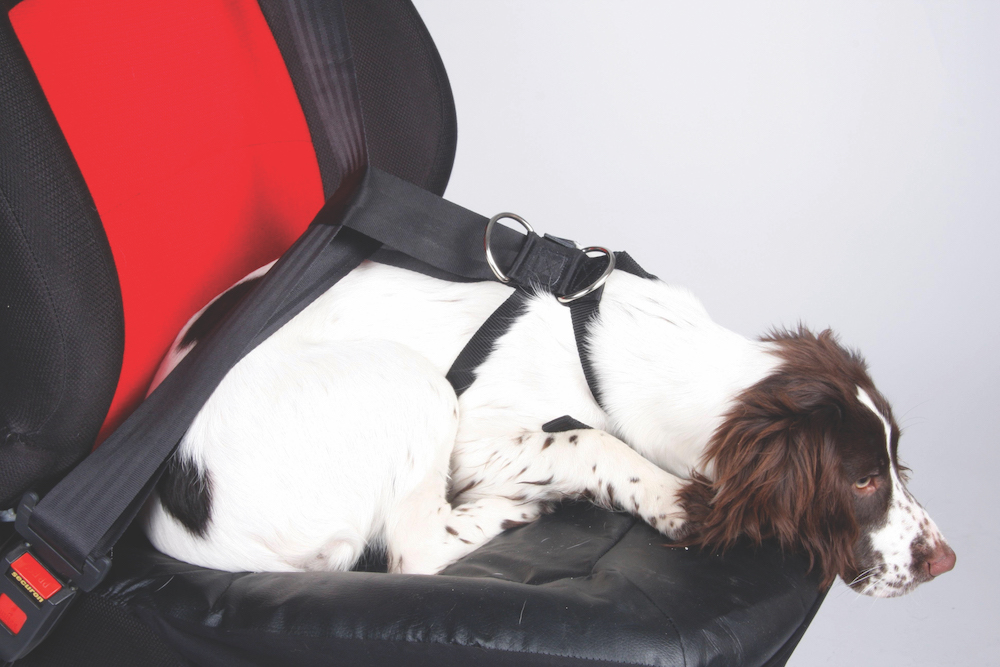 Legislation regarding seatbelts for carrying children in vehicles was introduced in September 2006 and was updated by 2017 legislation, ECE R129.

Essentially, children must use a child car seat or booster seat with a normal seatbelt until they are 12 years old or more than 135cm tall, whichever comes first. There are a few exceptions and, in most cases, a child under three must always be in a child seat. Child restraints cannot be fitted to side-facing seats.

The choice of child seat is based on the child’s height and/or weight. It is mandatory for new child seats to meet European safety standard ECE R44/04 or R129, which run in parallel, so look for the E mark on the seat.

The selection of i-Size/R129 seats is based on height rather than weight. One of the changes with i-Size seats is they are designed to keep children rearward facing until they are 15 months old. Other changes include only approving high-backed booster seats, which provide greater protection than booster cushions.

You must only use a child seat if your motorhome seatbelt has a diagonal strap unless the seat is designed for use with a lap belt or it has Isofix anchor points. Some child seats require additional support such as a support leg to the floor or top straps. You should always check with your supplier to confirm a child seat is suitable for your motorhome seating. Many coachbuilts can only take one child seat (next to the wall).

While dogs are not referred to in the regulations, the same potential for harm to the animal and danger to others in the motorhome in the event of a collision is there. Hence Regulation 100 could also apply for unsecured animals.

The Highway Code Rule 57 states, 'when in a vehicle make sure dogs and other animals are suitably restrained so they cannot distract you while driving or injure you, or themselves, if you stop quickly.' You can buy a dog harness for fitting to a standard vehicle seatbelt and Isofix versions are also available. Do ensure any harness you buy is designed for travel and not a standard walking harness.

Isofix in motorhomes and campervans 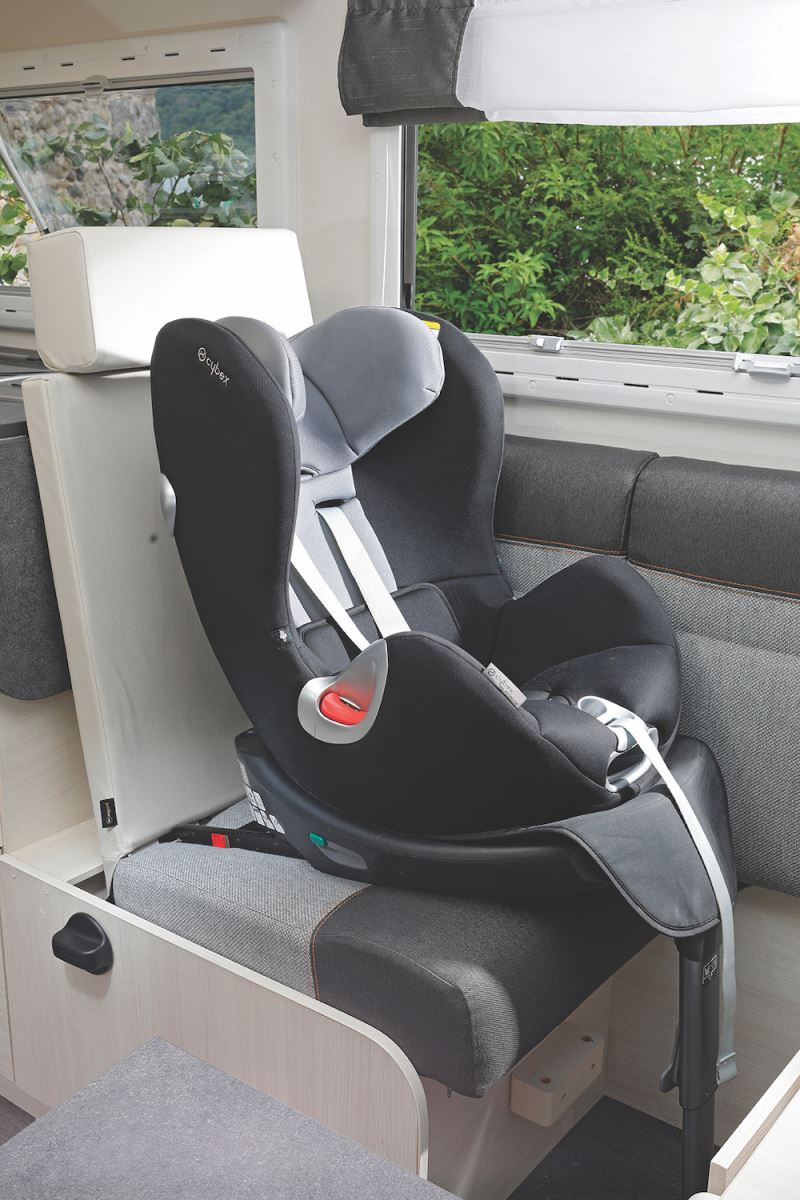 Child restraints vary with the age of the child and need to be changed as they grow. Incorrectly installed seats are a major contributor to child injuries. In 1997 Isofix was introduced, which is now the global standard way of anchoring child seats.

The Isofix system allows quick and easy installation and removal of child seats. Fitting of this system has been a legal requirement in passenger cars since 2007, but not yet for motorhomes.

You will find some motorhome and campervan models come with Isofix. The VW California has Isofix and Chausson has it fitted in 75% of its 2020 range with plans for wider introduction in the future. Adria offers Isofix, Elddis models with the Aguti folding seats have it from 2020 on, while Carado has just announced that all its 2021 models will get two Isofix points as standard.

RIB does a version of its bench with Isofix but we haven’t seen it much in the UK. Some Reimo seats can also be ordered with the system.

Government advice from the Medicines & Healthcare products Regulatory Agency (MHRA) is, 'ideally, wheelchair users should transfer to vehicle seats wherever possible and the wheelchair stowed as an item of luggage.' If this is not possible you will need a specialist wheelchair strong enough for use as a seat in transport and arrange for an appropriate wheelchair tie-down and occupant-restraint system.

Wheelchair instructions for use should make it clear if it is suitable for occupied use in a vehicle and, if so, how to do it safely. Normally, wheelchair restraints are proprietary designs with crash test certification.

Installing a suitable restraint system calls for considerable expertise and the best advice is to contact a specialist installer. Coachbuilt GB is one such specialist.

Occupied wheelchairs in cars and private transport – reminders of safe use

Belts may not match motorhome berths

It’s also worthwhile, when buying secondhand, to check if a qualified fitter installed any retrofitted seatbelts to forward-facing seats.

The importance of proper seating was revealed when Bailey undertook crash testing in the development of its first motorhomes. It showed, in a frontal collision, travel seats need to be reinforced to prevent collapse. The testing also highlighted several other areas of concern, which were shared with the industry.

Most modern base vehicles will have a frontal airbag to protect the driver, but a passenger airbag is often only provided as an option.

The driver is responsible for ensuring a child under the age of 14 is in the correct car seat or wearing a seatbelt. The penalty for non-compliance is a fine of up to £500. There are a few exemptions, including a driver when reversing and if the driver has a medical certificate of exemption.

Barry Norris was previously a civil engineer, then Technical Officer at the Camping and Caravanning Club. Barry now enjoys the motorhoming lifestyle

Checking the health of your motorhome

It’s time to assess the condition of your motorhome to ensure everything runs smoothly ready for your holiday time ... 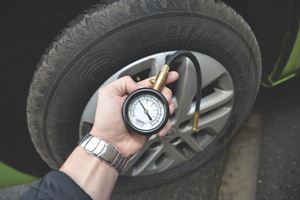 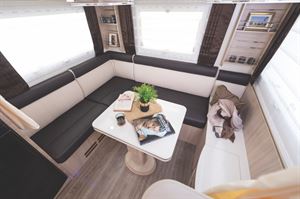 Rear lounge layouts once seemed to be fading as fixed beds took over, but now they’re enjoying something of a ... 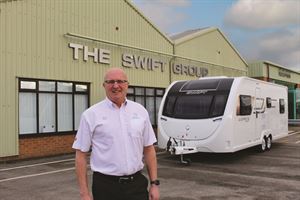 Swift is the largest and arguably the most influential and recognisable of all the British leisure vehicle ... 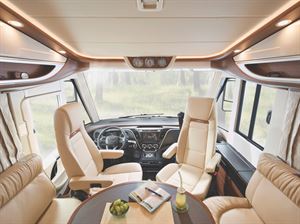 If you spend a lot of time touring in Europe it’s not hard to see the appeal of a left-hand drive motorhome ...

Sixty years on from the first Auto-Sleeper campervan, the range includes Peugeot, Fiat and Mercedes base vehicles, van conversions and coachbuilts, ... 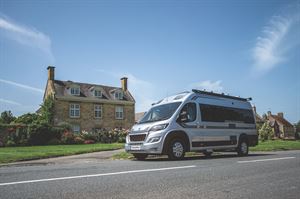 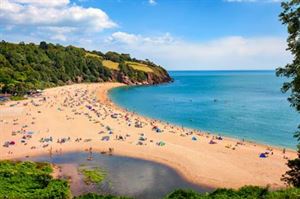 Campervan Travel and Destination Guide. Whether you want to stay in the UK, travel to Europe or adventure ... 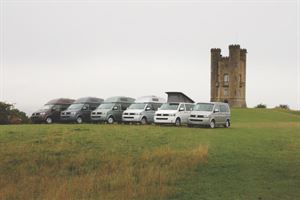 60 years of Auto-Sleepers motorhomes and campervans

As Auto-Sleepers celebrates six decades in business, we look back at some of the most significant models in ... 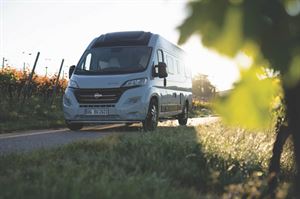 There’s a huge choice of vehicles on the pre-owned market for £50k, but if you want to buy brand-new your ...