Who is… Le Voyageur 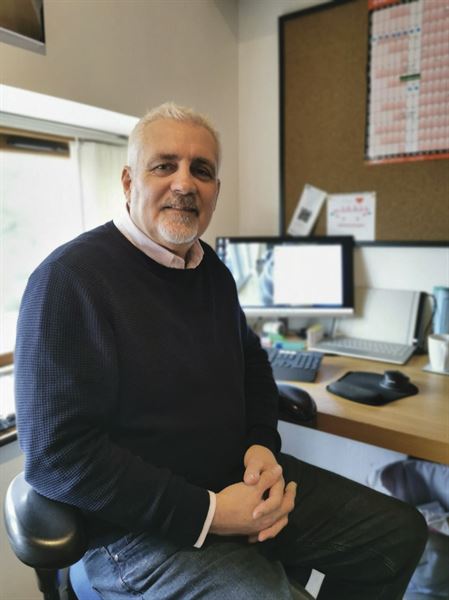 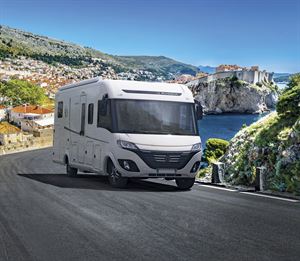 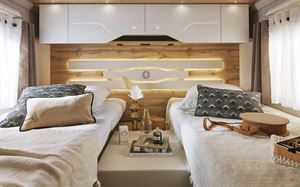 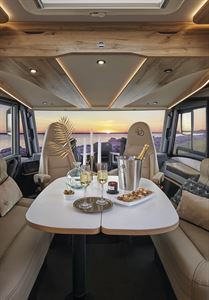 Reaching 40 years of motorhome production is a significant milestone in itself, but far more so when the ruby anniversary is that of a niche manufacturer producing models solely in the A-class and liner sectors.

But then there is always a unique twist when it comes to Le Voyageur and its models. As its UK agent, Martin Storey, explains, the Le Voyageur name has always placed itself on its own pedestal. “The brand stands for innovation, luxury and unique design,” he says.

“It aims to be the representative of luxury in French-style motorhomes.”

And, just one glance inside a Le Voyageur leaves one in no doubt that this French style the brand epitomises is evident throughout.

Four decades ago when Le Voyageur started, it created the first French A-class motorhome after its founder, Georges Sacier, combined Duralinox and polyester to create a particularly strong body that was built onto a Mercedes chassis.

It then continued to trade in this niche sector and, 22 years ago, fellow French manufacturer, Pilote, acquired Le Voyageur, incorporating the brand into Groupe Pilote.

As with all luxury manufacturers, Le Voyageur is faced with the dilemma of producing the high-spec models its customers expect, but with an ever-growing demand for motorhomes to weigh a licence-friendly 3,500kg.

This is a huge challenge for all manufacturers across Europe, but none more so than in this sector. Currently, Le Voyageur only has three models under 3.5 tonnes, but it is working on developing more lightweight models without, it says, compromising on specification and payloads.

As Martin explains, “The know-how to deliver the motorhomes that meet and exceed the expectations of customers buying at this level in a motorhome that weighs just 3,500kg is not easy.

“However, our teams of engineers are working hard to achieve weight savings where possible.”

Building in France for the UK

With all the uncertainty in the run-up to Brexit, there were fears some European brands may exit the UK market.

So far, this fear has proved to be almost unfounded.

Le Voyageur is one European brand that has said it will remain here with absolute certainty – after all, the UK is its third largest market with only its home market and the German market buying more of its models.

“We will never leave the UK market,” says Martin. “Not unless we are asked to!”

The French manufacturer employs some 80 people at its factories – it built a new factory 13 years ago at La Membrolle-sur-Longuenée.

Since then, it has split production with La Membrolle-sur-Longuenée building the LV and Signature ranges (along with making models for several other Groupe Pilote brands), and another dedicated to Liner production.

This is still a target but, explains Martin, this is more to do with demand at this price level growing slower. “This high-end market does not increase so quickly, therefore this target will take a little longer to hit, but we remain confident it will be.”

As with most manufacturers, Le Voyageur only builds a model when it has an order. Typically, this means a customer orders from a dealer and then waits between four and eight months for the model to be built and delivered.

Brexit, says Martin, has had a very minimal impact – just a few days – on this delivery timescale.

Read reviews of Le Voyageur's motorhome range in issues of MMM magazine. Search the online archive of content, dating right back to January 2012, and find reviews of every single model featured in the magazine since then. Start by using the search bar below:

While it has been well reported that many buyers are looking for more compact models, it will be a fruitless exercise to hunt in Le Voyageur’s brochure for a compact model – it does not build any models much shorter than seven metres in length. And, for good reason, says Martin. “It is not our customers’ request to have compact Le Voyageurs. We specialise in larger luxury A-class models.”

That said, there is a choice of compact – if you class just shy of 7m as compact – in the company’s LV range, where models start at 6.8m.

And, if you’re looking for something longer than 8.5m, then consider the manufacturer’s range-topping Liners, including four on the Mercedes Atego, with lengths up to 10.86m.

These flagship models have huge garages with room to accommodate a Smart car or motorbike.

And, for those looking for something sub-6.8m, Martin suggests looking at the many offerings from other group brands, such as Pilote.

While sales figures for Le Voyageur in the UK are also difficult to obtain – Martin will only say the manufacturer wants to increase sales here without giving any hint as to how many it actually sells – what is known is its best-seller is the 7.8GJF.

This is so popular with UK buyers for two simple reasons, explains Martin, “Because the face-to-face front lounge creates much more space and the rear twin beds are very popular with British buyers.”

But, of course, all A-class ranges are available with twin single bed layouts, as are many low-profile models, so why do buyers head to Le Voyageur dealers’ showrooms?

“Our competitors in the A-class sector are mainly German, even if, in the UK, some local brands are quite good,” he says. “But, that being said, Le Voyageur is always a brand that differentiates itself and is clearly recognisable for its French elegance and style.”

And, it is that French styling coupled to on-trend layouts and quality workmanship that attract a certain section of British buyers.

“Typical Le Voyageur customers are couples aged 60 years or more who are former entrepreneurs who love quality and aesthetics and, of course, have the means and desire to acquire it.”

All four are based on existing LV Classic models, but presented with a significantly enhanced specification and some unique design touches.

The four are available in two lengths: 7.8m and 8.5m, which sit on a tag-axle chassis. All come with the option of either rear island beds or twin single beds over a garage/storage area.

These special-edition models, all of which are based on the Fiat Ducato with weights ranging from 4,500kg to 5,000kg, also come with the extra-roomy lounge that has facing bench seats (CF and GJF). This open lounge has no effect on additional travel seats and so all have four belted travel seats.

There is an electric drop-down bed in the lounge, plus an electric, retractable rear central bed, or twin beds.

In the cab there is an extra-large 10.25in display with GPS facility, while, in the lounge, buyers get to enjoy a 22in full HD screen presenting TV programmes via the 85cm automatic satellite dish. There is also an external electric awning as standard along with 40th anniversary edition exclusive graphics.

Each model, which cost from £125,750, even comes with a commemorative personal gift pack.