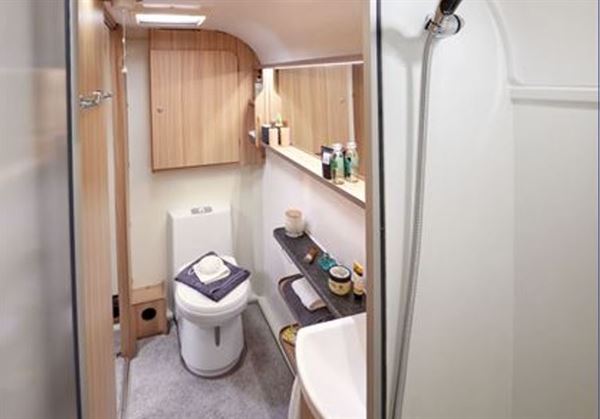 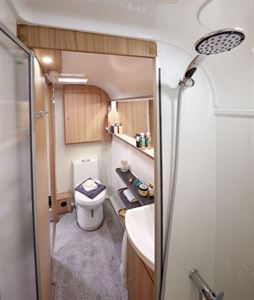 An introduction to Caravan Toilets

It’s perhaps the least glamorous aspect of caravanning but it isn't until you’re caught short in the middle of the night and it's chucking it down at the height of a typical British summer that you realise a toilet in your caravan is worth its weight in metaphorical gold.

Back in the old days, you would have had to grab a torch, waterproofs and roll of toilet paper and brave the elements in that moment of need. If you were a camper, you might have a portable toilet of some description but regardless of how large your tent or awning is, it’s still in there with you.

The advent of the chemical toilet – initially standalone then built-in – brought luxury and relief to a level not previously known and means that today, you need never be caught out again…

If you’re new to the world of caravan toilets and want some quick tips to get you started (or even a quick refresher), this five minute read will help you out.

Modern caravans are built with a cassette toilet. This means that the toilet is integrated into the caravan when it is built and in the bathroom, all you see is a familiar seat sat atop a flat panel or a pedestal, with perhaps a lever to open access to the waste tank and a button to flush. The waste tank itself (the cassette) is accessed from outside so that the process of disposing of the waste – in reality nowhere near as bad as people think – is carried out entirely outside the caravan to keep things as pleasant and hygienic as possible.

Anatomy of a Toilet Cassette

Q: What goes where? And what is this bit for?

A: Take a look at our illustrated guide to ensure that you don’t come a cropper when you’re trying to add the chemicals or empty the loo – because no one wants that on the campsite!

Back in the day, older caravans would have been built with bathrooms but before cassette toilets were commonplace, many would have had a standalone chemical toilet. These either work on a similar principle to a cassette toilet, with a flush tank and a waste tank joining into one integrated unit but separating to empty the waste and fill the flush – a Porta Potti - or as a single unit, which had to be emptied as a whole unit when full and holding a relatively small amount of flush water.

With so much choice on the market, it can be hard to know what to choose. We’ve described the basics but we have also put together a more specific guide that will detail what’s available so you can make a more informed choice

The clue is in the name – chemical toilet. Instead of flushing the waste into a sewer system and on to some form of large-scale waste processing facility, the caravan toilet retains the waste until it can be disposed of – daily or less frequently depending on their use – in a facility provided by the site you're staying on.

Chemicals are used to begin the process of breaking down the waste material and eliminating the inevitable odour before it is disposed of into whatever system your site uses. This could either be a cess pit – an underground tank that simply collects waste and needs to be pumped out regularly – or a septic tank, which uses a basic treatment process to separate solid and liquid waste and allow treated water to soak away.

The problem with formaldehyde

Originally, chemical toilet waste fluid was based on formaldehyde, which is very good at killing the bacteria present in human waste and causing it to break down quickly. One of the problems with it, however, is that it also kills the bacteria that are used in septic tanks, for example, or larger-scale treatment works and stops them working.

As a result, some modern chemical manufacturers tend not to use it (though some still do, so be wary) and comprise a range of other ingredients that seek to carry out the same function but without affecting treatment systems further down the line. These can include biocides, which control unwanted organisms as well as enzymes and probiotics, which work on the same principle as bacteria-enhancing probiotic drinks. However, there are drawbacks; the regulation of biocides in the next couple of years is going to get much tighter and both enzymes and probiotics, while effective, take a while to begin working – 12-14 hours - and if your toilet gets moderate to heavy use, you may find yourself emptying it before they have started to have any noticeable effect. So products such as Qualkem’s Eco Green have been developed to get the break-down process working quickly without affecting treatments further down the line.

Most people will be familiar with the name Elsan; the chemical specialist also produces an organic chemical that works as both a flush and waste fluid and contains no ‘harmful chemicals’ so, according to the manufacturer, the waste cassette can be emptied into a septic tank. Dometic – perhaps more famous for its range of fridges – also produces a range of chemicals, including waste-tank tablets to minimise the chance of spills and a wide range of cleaning products from toilets to the caravan overall.

While the waste will be caught in a holding tank to be emptied later, caravan toilets also need a flush system, as you'd have at home. This needs to be primarily water to carry the waste away when you’ve finished. Typically, toilets with a flush tank as opposed to ones on direct-feed water supplies will use a chemical component as well, for two reasons; firstly, it will help assist the waste to flush away and prevent it sticking to the bowl and secondly, it will carry a pleasant smell to mask the odour of the waste tank.

We look at common problems and how to solve them simply and easily (without embarrassment). We’ve seen it all before and happy to help! All your frequentely asked questions are answered here by our experts.

Got an issue with your toilet? Not flushing as you would expect it to? Before you rush off to get it fixed, take a look at this project and see if it’s something you can fix yourself!

No one wants to be waking up the rest of the family if they nature calls in the middle of the night – this nifty quick project will light up your loo!

There is a school of thought that says instead of using chemicals, which some people oppose on principle, household clothes-washing products can be used instead. Specifically, biological washing liquid – the cheaper the better - will potentially break down the solid waste in particular in the tank.

However, they do this by using enzymes and, as we’ve seen, these may not work as quickly as is needed, potentially resulting in a build up of odours from the waste tank. There is also a suggestion that fabric conditioner can be used in the flush water tank to help provide a pleasant smell when flushing though this is more of a masking effect than solving the root issue.

Again, there is some discussion regarding the effect this would have on sewage treatment processes down the line; although at home, the waste from a washing machine and a toilet would run into the same sewerage system higher concentrations may have a harmful effect on septic tanks, for example, as they are designed to clean clothes, not treat human waste and can contain bleach.

To be on the safe side, we’d recommend using dedicated fluids that are designed for the jobbies at hand.

Want to find out more or replacement parts, chemicals or loo roll? Our quick links of essential contacts is all you need 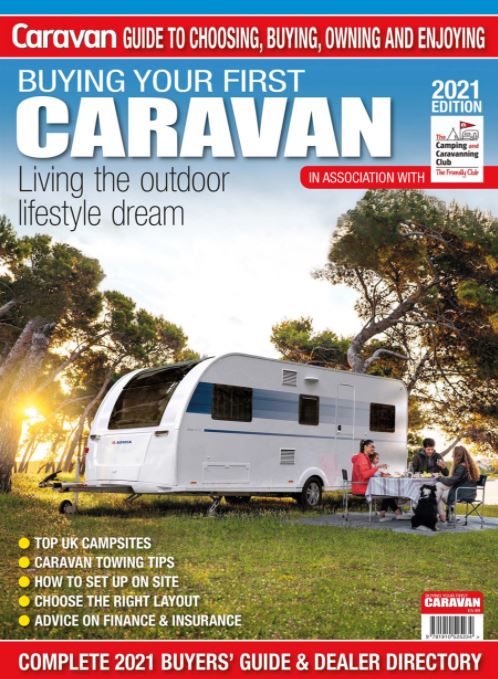 If you are buying your first caravan, then this special edition is for you. It has everything you need to guide you through choosing a layout, all the new models, what to look out for and how to get the best price. It also includes everything you need to know as a new caravan owner about maintenance, insurance, towing and so much more...

Find out more about 'Buying Your First Caravan' special edition: 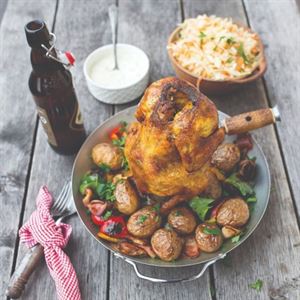 This month, why not try something new? It is the start of the new season after all ... 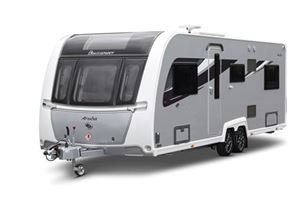 A guide for first time caravanners. Buying Your First Caravan has everything you need to live the outdoor ... 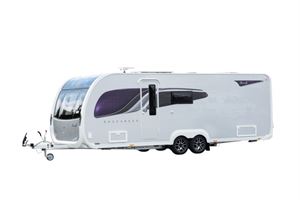