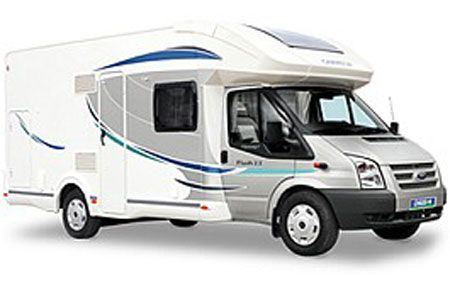 A motorhome stolen from its owners in Crawley on March 24th has been returned following a media appeal. The Chausson Flash 02 was stolen, along with 6 other motorhomes.  Two men are on police bail after being arrested on suspicion of theft.

Two motorhomes have now been found and returned to their respective owners, but 4 remain missing.

Anyone with information has been asked to call Surrey Police on 101 quoting reference MV/13/1119 or the independent charity Crimestoppers anonymously on 0800 555 111.