Motorhome manufacturing across the globe hit by pandemic 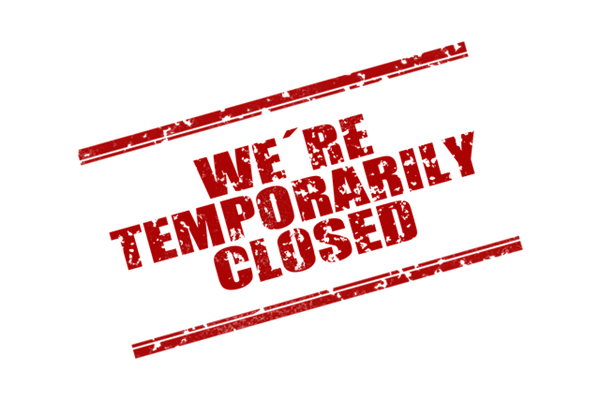 Motorhome manufacturing across the globe has been put on hold as companies shut their factories to help in the fight against the coronavirus.

In Britain, the Swift Group, Erwin Hymer UK, Auto-Trail, Bailey and Auto-Sleepers have all already ceased production, while on the continent, Hobby and Dethleffs are among the manufacturers to send their workers home. In the United States, Thor, which also owns Europe’s Erwin Hymer Group, has shut down its factories.

Auto-Sleepers said it was acting on Government instructions and closed its factory “in order to assist with the fight against the virus”. It said it is planning to reopen in mid-April. A spokesman added: “We intend to fulfil ever order and customer service booking moving forward. What has happened is just a temporary delay.”

Auto-Trail took the same action on March 24 saying simply: “We are saddened to announce that Auto-Trail is to close until further notice. Our priorities are to protect our employees and our customers and to play our part in reducing the impact of the virus.” It said customers can still contact it via email through the Auto-Trail ‘contact us’ page on its website, although it said there is a very limited number of staff working in areas other than production so responses are unlikely to be immediate.

Bristol-based Bailey has suspended all its business activities. “Regrettable as this action may be, the health and wellbeing of our employees remains our main priority and we are therefore keen that they are able to follow Government advice to stay at home in order to protect the NHS and save lives,” a spokesperson said. “For owners concerned about getting their caravan or motorhome serviced in the coming weeks to maintain the warranty, we will be extending the due date of the 2020 annual vehicle service by an additional four months.”

The company said it plans to begin operations again on 21 April.

Across the Atlantic, Thor has shut down its entire US manufacturing operations. "As state governments, including Indiana and Ohio where a substantial number of our production facilities exist, declare state-wide emergencies requiring their citizens to stay at home except for limited circumstances, Thor is announcing the temporary suspension of all of its production in North America. Additionally, a substantial portion of our production in Europe is temporarily suspended as well," said Bob Martin, President and CEO of Thor Industries.

"We believe the long-term RV [motorhome] market will be robust once againand, when that time comes, we will take advantage of our flexible business model to quickly resume production to meet dealer orders. As we look to the future when we are past the coronavirus pandemic, we remain optimistic about the long-term outlook for both Thor and the RV industry.”

Those closures he refers to in Europe include Dethleffs and Erwin Hymer UK, both of which are owned by Thor.

Dethleffs shut its factory on 24 March and does not plan to restart production until 13 April. It said it was closing because of the effects of the coronavirus crisis on its suppliers and logistics chains. Only its service centre in Isny, Germany is open and then only for dealers and customers with an ‘emergency operation’.

“The motorhome and caravan manufacturer has been taking measures to protect the workforce for several weeks. For example, various hygiene and organizational measures were adapted and implemented at short notice and to the respective location, for example to minimize the risk of transport deliveries and visitors. A major challenge of the past few days has been to ensure that production runs smoothly. So far, the supply chain has worked, but the situation has certainly worsened with the stoppage of production by important Italian suppliers, so that the closure could no longer be stopped, said Dethleffs.”

Hobby, another major German motorhome manufacturer, has also closed its factory and has not indicated when it aims to reopen. “Production and all of the associated areas of the business have been halted until further notice,” it said. “However, the administration department can still be contacted, and the deadlines for leak tests have been extended until July 2020 for customers.

It said it is also working with banks to help protect its dealers across Europe. “Schemes are being developed with the banks to help the company’s European trade partners who have had to stop the vast majority of their sales activities through the crisis,” said a spokesman. “Hobby is extending the deadlines for leak tests due in the next 30 days by an additional 90 days for its caravan customers in Europe. Hobby is also in contact with all of its suppliers to keep track of the whole process, both during and after the interruption to production.

Closer to home, Erwin Hymer UK, which manufactuers motorhomes, campervans and caravans in Consett, County Durham, said it closed its factory following the statement from Prime Minister, Boris Johnson on 23 March 2020. “The announcement stated that the new Government restriction will be reviewed in three weeks, and we therefore expect to give a further update at that time,” said a spokesperson.

Britain’s largest leisure vehicle manufacturer, Swift, which was among the first to shut down production in the UK, said the cessation of manufacturing was a decision based on the safety of its staff and customers. “As a responsible and proactive organisation, the health and wellbeing of our employees and customers remains our priority. We had already planned a suspension of our manufacturing activities but, in-line with the latest Government advice, we have taken the decision to suspend all of our business activities with immediate effect. Our planned return to work remains Monday 4 May, subject to further advice.”

Europe's largest motorhome and caravan show delayed by a week

Caravan Salon Dusseldorf, Europe's largest motorhome and caravan show, has been postponed by a week and will now start on 5 September, 2020 ... 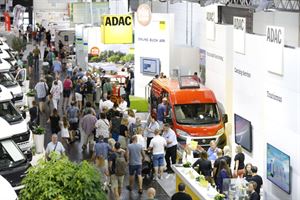 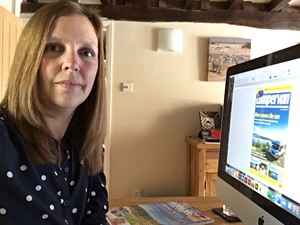 A day in the lockdown life of motorhome magazine designer, Claire Honeywood

Claire is the designer for What Motorhome, MMM and Campervan magazine. Here, she shares her lockdown diary 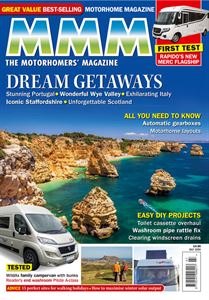 The latest issue of MMM magazine is out now

The July issue of MMM - the UK's best-selling motorhome magazine - is on sale, and you can buy and read the ...

The Big Little National Festival will take place tomorrow - 25 May - and it will all be online and in ...

Vauxhall has launched an all-electric version of its Vivaro panel van ... 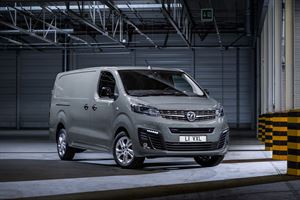 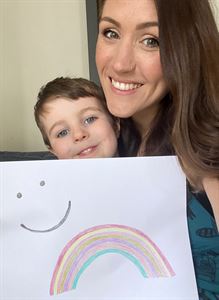 A day in the lockdown life of Online Content Editor, Chloë Holland

Chloë is one of the Online Content Editors working across MMM, What Motorhome, Campervan, Caravan and Camping ... 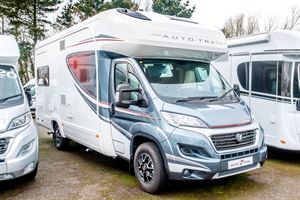 The editorial team from What Motorhome and MMM has again been searching for great deals on brand new ...