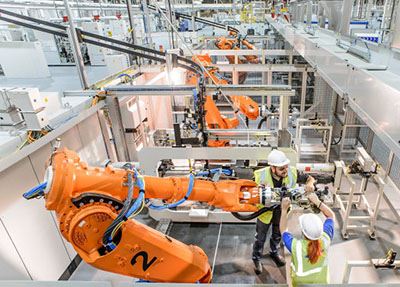 
While the Ford Transit has steadfastly remained as the most popular commercial van in the UK,  this has not translated into dominance in the motorhome market. With a 7.5 per cent market share Ford has plenty of catching up to do in order to challenge the likes of Fiat. However, over the past two years Ford has released a number of new Transits in a variety of formats. The latest push is to invest an additional £190 million into its Dagenham site where it will produce the all-new 2.0-litre diesel engine for commercial vehicles and cars.

Ford will develop a low carbon diesel engine that meets the Mayor of London’s proposed Ultra-Low Emission Zone target, with the first engines being fitted in vehicles by 2018. Phase one, announced in September, will see the development of low carbon 2.0-litre diesel engines for Ford’s commercial vehicles.

Stephen Odell, Ford Executive Vice President for EMEA, said, “This all-new, state-of-the-art, low carbon diesel engine has not only been designed and developed here, it will be manufactured by Ford in the UK too. And it will be great for the UK as these engines will be exported to markets across the world.”

This diesel engine programme is part of a £1.5 billion investment by Ford in environmentally friendly engine and vehicle technology over the next five years.

Business Secretary Vince Cable, said, “From pencil line to production line, these engines will be fully designed and built in the UK, securing the future of the plant at Dagenham and creating over 300 new jobs. This latest investment by Ford is testament to the strength of our automotive sector and demonstrates Ford’s ongoing commitment to the UK.”

Get the latest reviews of Ford-based motorhomes from Which Motorhome in digital format.