Motorhome travel: An epic journey through the USA and Canada, by motorhome 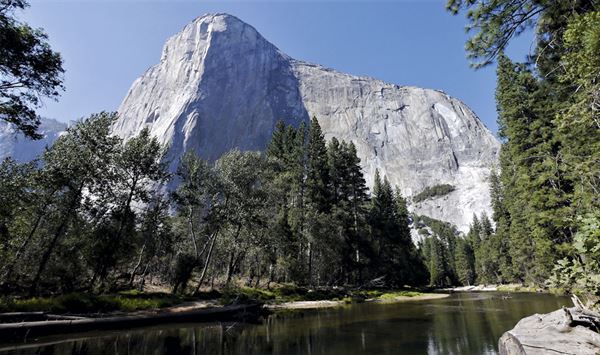 We should have known better than to start our big adventure on Friday the 13th.

We were running late, sitting in a traffic jam on the M6 on our way to Liverpool to board the biggest roll on/roll off ferry in the world. Phone calls were made and, fortunately, the shipping agent agreed to keep its office open for us.

Soon, our 6m-long Pilote motorhome was dwarfed by agricultural and highway maintenance vehicles and sharing one of six vehicle decks with more than 1,000 new Range Rovers. Above were 3,500 containers. Yes – a very big ship! We met the six other passengers at dinner, all looking forward to the next eight days sailing to Halifax, Nova Scotia.

Many hours were spent on the bridge chatting to the officers, visiting the engine room, playing table tennis or relaxing on the sun deck. With so much to eat and wine or beer included with lunch and dinner, it was a fascinating and fun experience.

From Halifax we headed northwest towards Québec City, spending our first night on a campground with a lake in which miniature turtles were swimming. It was bliss and we could have stayed there longer, but we needed to average 110 miles a day to get back to our ‘ferry’ in November. It would be impossible to describe all of our 14,000 motorhome miles across Canada and North America, so here are the highlights…

We had decided to avoid most big cities, so we went around – or through – Québec, Montréal, Ottawa and Toronto, staying at wineries, an alpaca farm and a couple of good commercial sites, to arrive at Niagara Falls.

Although we’d been warned that any campground within miles of the bigger tourist attractions would be full as it was peak season, we arrived at the nearest site to the falls just after 11am. We were lucky to get a last-minute cancellation, spending two nights just a 10-minute bus ride from the action.

No matter how many photographs or films you may have seen about Niagara Falls, nothing prepares you for the spectacle of the torrent disappearing over the cliff and into the seething pool below. The noise, the spray, the sheer majesty of the falls, is an experience that will never be forgotten.

Leaving Niagara, we headed west. I’d always wanted to visit San Francisco. Anyone of a certain age will remember 1967 and the Summer of Love when Procol Harum topped the charts and Scott McKenzie was singing about San Francisco. I was 20 and skint, but vowed I’d get there one day.

Canada’s roads are wide and straight so, before long, we were measuring distances by time in the same way as the locals do. By the time we reached Seattle we had crossed back and forth into North America to visit Indian reservations, experience the Badlands, see Mount Rushmore and Yellowstone National Park. 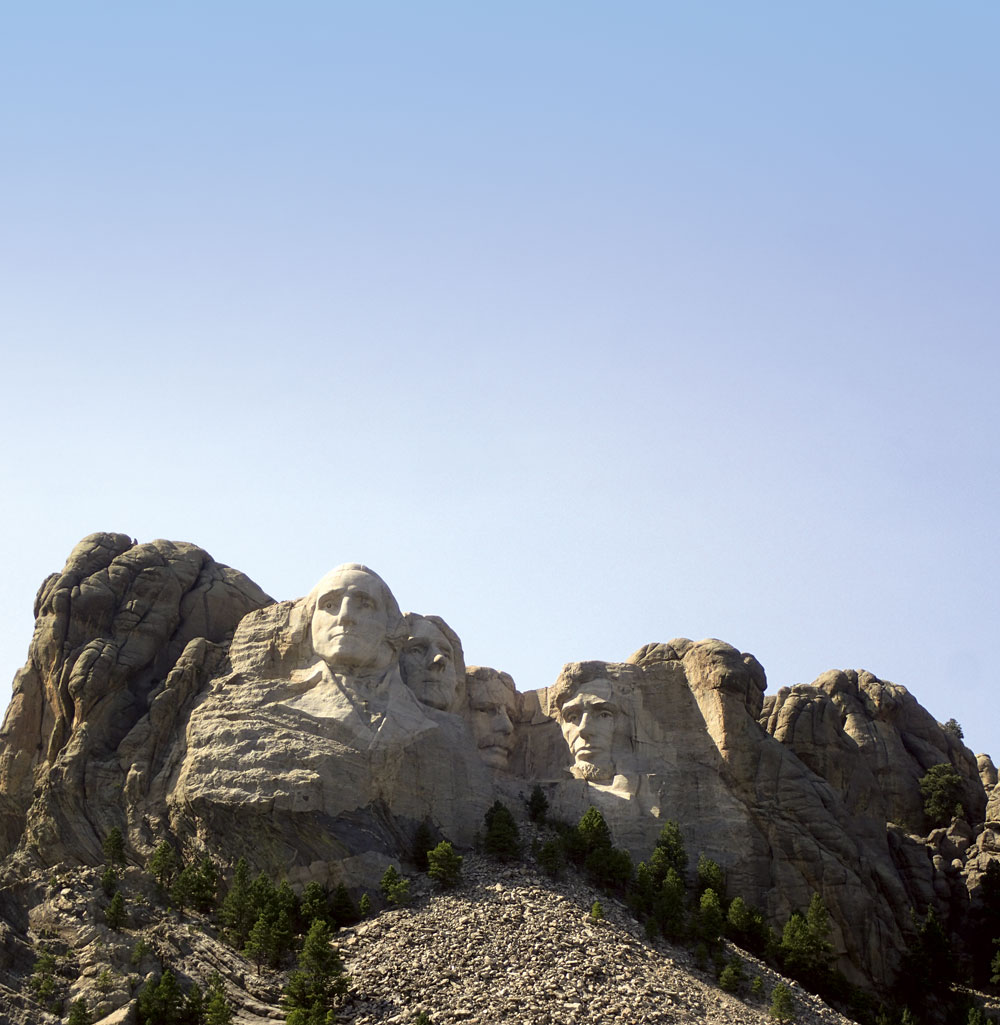 Lake Louise was also on our list and we knew the drive through the Rockies to the coast would be amazing. However, it seemed that most of British Columbia was on fire, with smoke descending to fill the valleys, so it was like driving in England in November with thick fog (smoke) and temperatures below 10°C. For the first time since leaving home we wore long trousers and fleeces.

Some of our stops were Harvest Hosts, similar to the France Passion scheme, meeting locals and learning how they made their various products. The joy of sampling wines, beers, liqueurs, cheeses and honey and stroking alpacas all added to the fantastic time that we were having.

Sometimes we stayed on commercial sites. The Kampgrounds of America (KOA) network has sites all over the US and Canada and these vary from simple stopovers that had everything we needed to major complexes with pools, restaurants, animal parks and entertainment. We tended to just turn up and, as our ‘rig’ is small by North American standards, we never had any difficulty finding a place to stay.

Some nights we wild camped. Unless there are signs to the contrary, this is legal throughout much of the US and Canada, but discretion is needed. It would be wrong to park outside a multi-million-dollar mansion on the Pacific coast – even if the view is nice! Forests make for quiet nights under the stars and harbours or lakeside parks offer superb views but minimal facilities.

We have a decent solar panel, two 110Ah batteries and a 2kW inverter, so have no need for hook-ups (which are only 110V). RV (motorhome) service points can be found on many highway service areas, so we never had a worry about finding water or emptying the loo and grey water tanks. Both countries are geared up so much more for motorhomes than the UK.

The Pacific coast from Seattle was a dream: the views are breathtaking, the scale of everything is big. As passing sports cars honked and waved, we felt like celebrities. Dozens of people came to talk to us. They had never seen a British motorhome in the US and were fascinated by our adventure. Time and again we were invited to park on their drives for the night or to share food and drinks. The slogan I’d added to the back of our motorhome – ‘Going to San Francisco 51 years late!’ – attracted much attention.

After stops in Redwood, Yosemite and Crater Lake National Parks and a visit to Lake Tahoe, we reached San Francisco with suitable 60s music blasting out of our system. We’d made it! The next four days were spent cycling and exploring this city of hippy nostalgia. 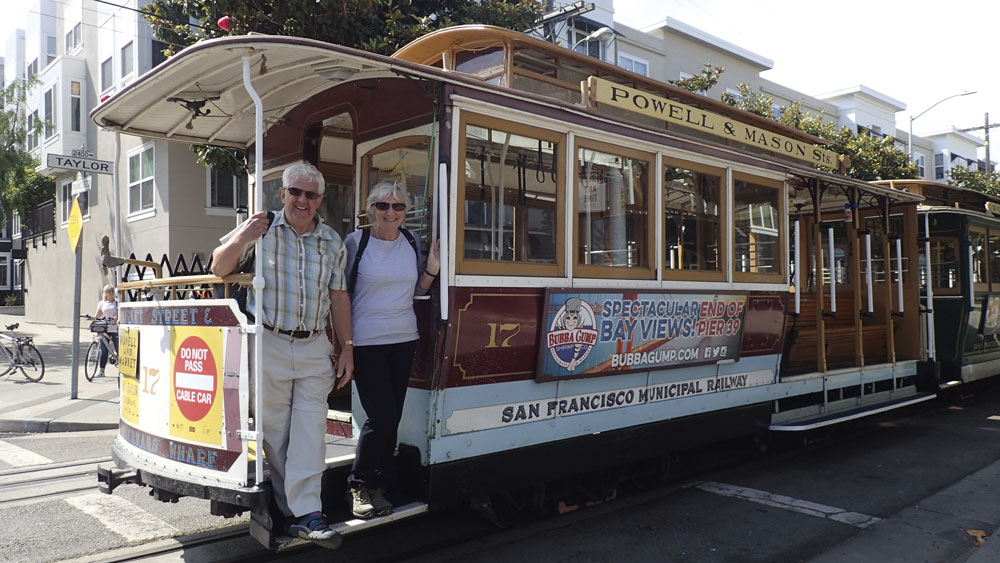 Every one of the national parks I’ve just mentioned are incredibly beautiful and peaceful places (see campsite information). It was a truly wonderful experience driving almost the whole of the Pacific coast towards the border with Mexico, spending our days on beaches, swimming, watching surfers and those California girls ‘who get so tanned’ (Beach Boys, 1965).

Eventually, it was time to head back towards Halifax.

Everyone we met had suggestions to add to our list of ‘must-sees’. It would be an impossible task to visit all the national parks, but we gave Arizona, Utah and Colorado a run for their money.

First stop was the stunning Joshua Tree National Park on the edge of the Mojave Desert. I cried at the sheer beauty of the sky as it changed from blue to pink to purple to black and watched as, one by one, thousands of stars took their place in the heavens. A night I will never forget!

I cannot find the words to describe the Grand Canyon, a truly awesome work of nature which has been created over millions of years. It is so big it is almost beyond comprehension and we spent two days and nights there, enjoying cycling many miles along the rim, especially at sunset.

Zion and Bryce Canyon National Parks were next to be ticked off our list. Our claim to fame is that we hiked through the hoodoos, the rock monoliths that reach up from the floor of Bryce Canyon. The trail leads down from the rim between these giant vertical rock formations and back up again in a five-mile trek through scenery that is unlike anything else on earth and in temperatures upwards of 35°C. We found it easier the next day to cycle through the park and around the rim of Bryce Canyon. 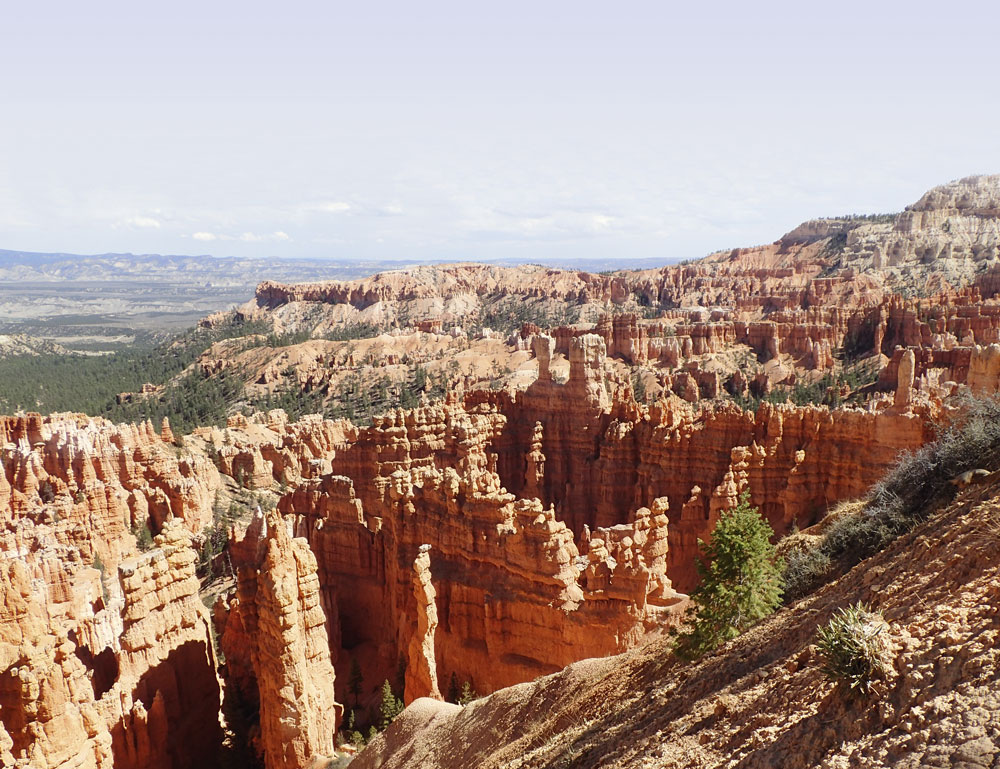 We also enjoyed a one-night luxury stop at Lake Powell Leisure Resort. We thought we deserved it and some gourmet food.

Colorado is a big state with mountains and miles of prairies and, as we crossed Kansas and Idaho, we passed countless ‘western’ towns.

We spent a wonderful four days in Washington DC, despite our coach tour being delayed for 20 minutes whilst a certain yellow-haired dignitary arrived in his helicopter from some important summit meeting.

New York was bypassed as we took in the east coast of Connecticut, Vermont, New Hampshire and Maine before crossing the US/Canada border at – wait for it – Calais. It’s odd how many towns and cities bear English or French names. The best one for us was near Chicago; ‘DIXON EXIT’ read the sign (but we ignored it).

It was a straightforward follow-the-coast drive, which featured our first snowfall, to reach Halifax. We joined another six passengers for our return to Liverpool; this time we all had motorhomes on board. They were Swiss, French and German, so we were proud of being the only Brits on this amazing trip of a lifetime.

We travelled with our motorhome on a freighter from Liverpool to Halifax, Nova Scotia. Shipping costs vary with vehicle size. Our sea-view cabin was spacious, warm and quiet. WiFi is available. We arranged everything ourselves using shipping agent, Seabridge: