Motorhome advice: Fitting a flyscreen to your camper's door 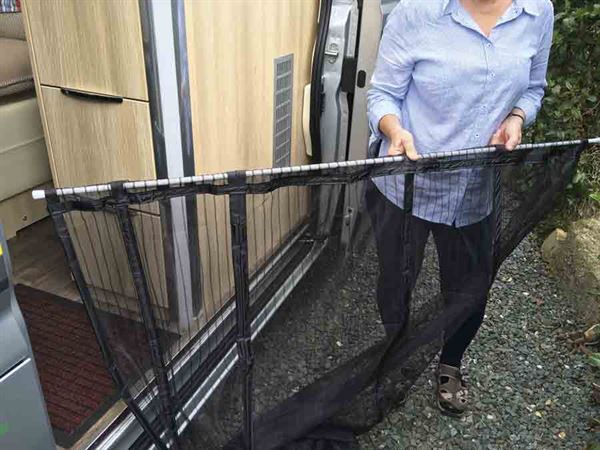 When we collected our first campervan, it was exactly what we wanted - except for one feature, which was not on our want list and did not occur to me until we went away on our first trip…

Keeping the insects out

Although we had flyscreens on the windows and skylights, there was a massive hole on the side of the ’van where the sliding door is and where any hungry flying insect could get in. I am unfortunately one of those people who horseflies, midges and mosquitoes like to dine out on. I decided to rectify the situation.

Our second trip was to France and we stayed at a campsite north of Toulouse. On our first night there, a campervan parked up opposite us. It was a German conversion on a Fiat Ducato with the same layout as ours. They had a sliding concertina flyscreen door over their side door.

The owners told me that it was fitted as standard by Pössl. When we returned home I contacted Pössl to find out if it could send me one. It replied but said it couldn’t help as it didn’t make screens for right-hand drive ’vans. 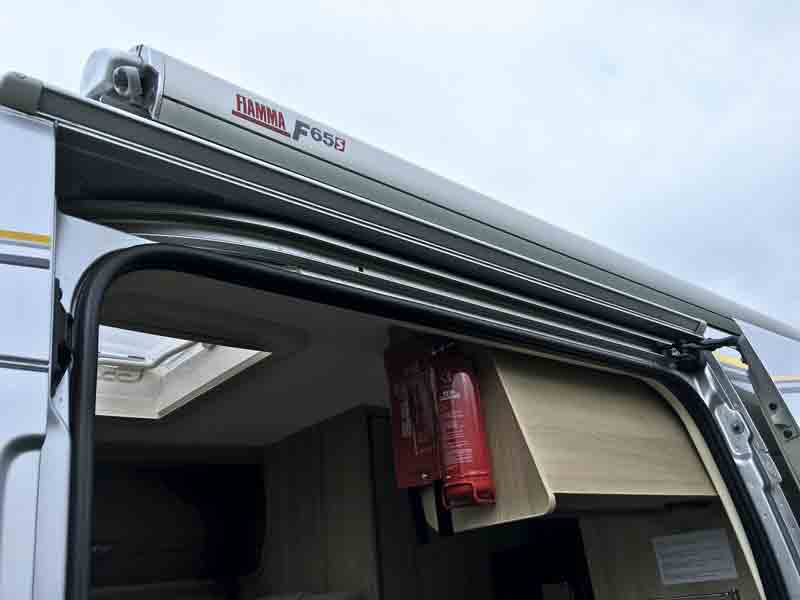 Searching for a flyscreen to buy

I searched online and discovered several screens I could purchase but no one could tell me whether any of these would fit our particular model and I was loathe to part with a lot of money to find out that it wouldn’t fit.

In the end I decided to contact MMM. Terry Acreman on the Tech Help team duly replied, saying that he had managed to get hold of Auto-Trail and confirmed that it was not possible to retro-fit a fixed sliding screen in my ’van due to the fact that the kitchen is positioned partly in front of the sliding door space.

It transpired that the screens are fitted before the kitchens are put in position. In the UK we want ovens and microwaves so our kitchen units are deeper and this leaves no room for a flyscreen. However, on the Continent, they want a flyscreen and don’t want ovens, so fit a shallower kitchen unit.

This left me without a screen, but at least I hadn’t wasted money sending off for an expensive screen that wasn’t going to fit.

Planning to make a flyscreen

I decided to see if I could make something myself to cover the door area.

I decided that an adaptation of the instant bug mesh magnetic screen door was the way forward. These are designed for standard doorways so I was going to have to buy more than one.

These are fitted to doorways with Velcro, which is supplied. However, I had already decided that, if at all possible, I didn’t want to stick anything on the ’van frame, at least until it was out of warranty!

Looking at the door frame I decided that using an expanding net curtain pole above the door slider track would allow me to fix the pole at the top without having to screw anything into the frame. It was also easy to put in place and remove.

Building a flyscreen for my campervan

After measuring the space, I knew I needed to fill a hole 142cm wide and 184cm high. However, I also had to take into account that the doorway entrance was offset to the left of the hole and the actual entrance needed to be in the middle of this space.

The width measurements were, from the left, 30.5cm to the opening and 111.5cm to the right-hand side.

However, the ready-made curtains themselves were 90cm wide. Initially I ordered two sets of the screen from the internet. When I started to think about how I was going to make them, I decided that I did not want to use the Velcro to fit the screen up, if I could avoid it.

My husband pointed out that the ’van was made of metal, therefore the screen could be attached by magnets. I realised that if I purchased another screen and unpicked it, I could use the door opening magnets to attach the screen to the ’van with these. So, I completely removed the Velcro from around the curtains. But, I have kept it on the grounds that if the magnets don’t work, I can use the Velcro at a later date. 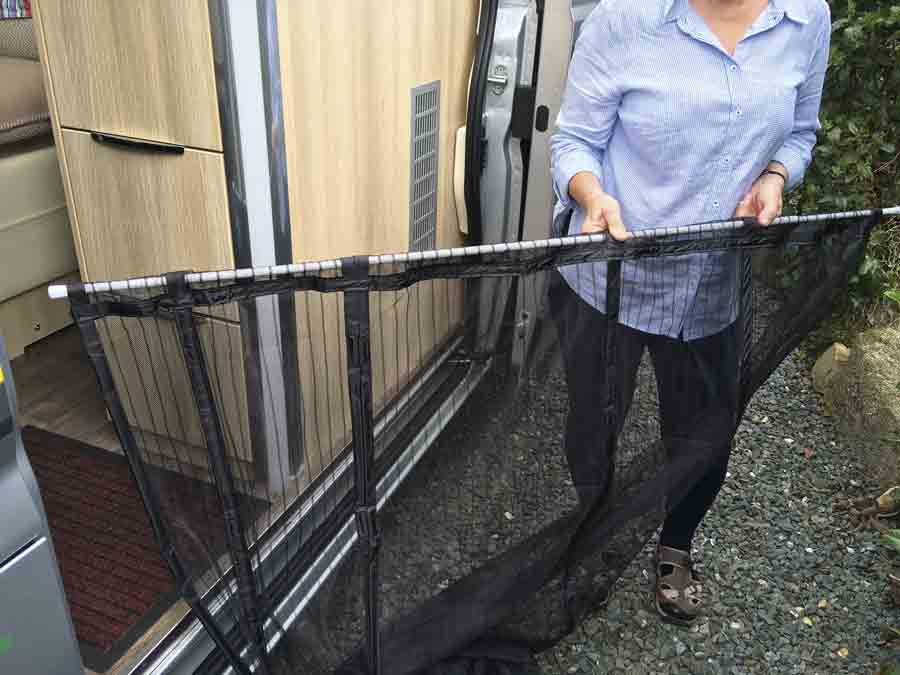 I also unpicked all the nylon tape from the edge of the extra curtain so I could use it to edge the turning on the top to hold the curtain pole to make it easier to sew the net.

I have also sewn magnets at the bottom to hold the screen in place but I have left a section without so I can pass my extension cable down without causing problems.

It took me a week to make, because I spent a lot of time unpicking the Velcro and nylon tape and checking my measurements. I also had to wait for my third screen to arrive. I reckon that if I had all equipment in place and uninterrupted time I would have made it in a couple of days.

To make it cost me £80. I could have purchased cheaper screens and made the flyscreen for as little as £40, though. It takes seconds to fit in place and is quick to remove. It folds down into a bag and is lightweight. The pole fits into an underbed locker. It is easy to walk through hands-free and it closes automatically. 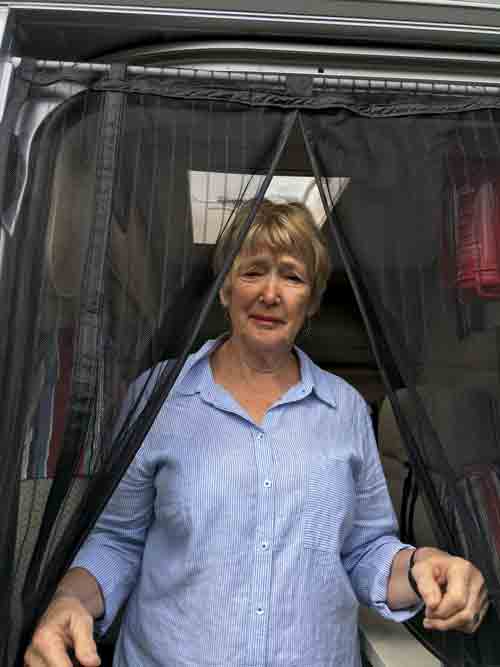 This article appeared in full in the November 2018 edition of MMM - order a digital back issue here.