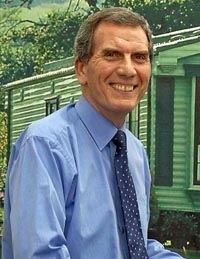 Bosses at the company, which has sales centres in Shrewsbury and Machynlleth, predict a bright future for caravanning and expect a bumper year for sales during 2008

The caravan retailer held two shows throughout September and October to preview 2008 touring caravans, motorhome and holiday homes to the public.

Sales during October were up by 25% on the same month the previous year, the company has reported.

Mr Bywater said UK trips were growing in popularity as airport delays and security concerns had put many people off foreign holidays. Good weather during the latter part of the also boosted sales, as Chairman Tony Bywater explained.

“I think one of the main reasons or our October record sales was the fine weather, which encouraged more people to get out and enjoy the fresh air and the beautiful autumn colours,” he said.

“Surveys carried out at our two autumn shows revealed that more people are planning to spend their future holidays in the UK. They want quality accommodation where they can chill out with their families in beautiful surroundings, either at the coast or inland.”

Visitors to the two shows earlier this year also expressed their desire to holiday with their children or grandchildren and enjoy activities like fishing, walking and cycling.