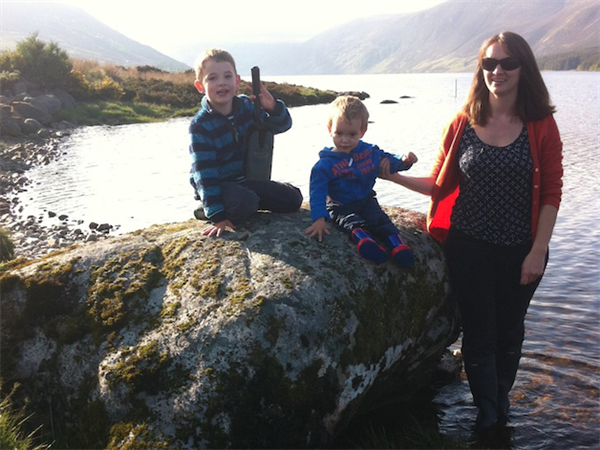 
A widow and her two sons from Scotland have won an Elddis caravan in a competition that celebrates the company’s 50th year of manufacture.

The winners of the Elddis 50th Anniversary Legacy Competition, Louise Sutherland and sons Duncan (aged four) and Marcus (aged two) will pick their prize caravan from the entire 2015 Elddis line-up.

Louise says: “We are on a high and just can’t stop smiling. Winning this prize – and we’ve never won anything before – has made our day, made our month, made our year!”

Each had submitted written reasons why they should be considered for the prize. Louise Sutherland began hers with: “Hello, I’m Louise (aged 34), proud mummy to Duncan aged four and Marcus, two, my adventurous little boys who tragically lost their adoring daddy, my wonderful Scott, just before Christmas 2012.

“I would love to give them a real taste of the outdoor life their father was so passionate about, and do all the ‘boy’ things he would have just relished teaching his sons, like catching and cooking their first fish, gathering sticks for a fire, exploring the seashore, spotting wildlife and really just enjoying being in the great outdoors, but with all the luxury of a home from home for mum!

“Purchasing a caravan would not be possible for us financially as I work part-time while the children are so young, therefore winning this competition would be a truly life-changing experience and I’m sure help my precious little family move forward a bit more after such a devastating loss.”

Rob Quine, Elddis MD, and Rachel Moncrieff, had the pleasure of calling Louise, to deliver the news.

Rachel says: “Speaking to Louise and her boys was almost as exciting for us as it was for them and, I have to admit, quite emotional! Louise was, at first, simply lost for words.

“We received thousands of competition entries, each with a personal story, all of which we read. But one story, Louise’s, clearly struck a chord with the panel, making her our overwhelming winner.”