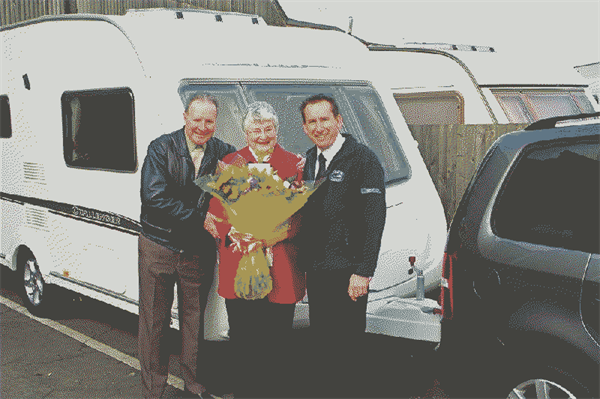 A Norfolk couple have just bought their 21st  Swift caravan from Northampton dealer White Arches caravans.
Ian and Sylvia Mackenzie, from Downham Market, have been caravanning since the mid 1980s and like the Swift brand so much that they have bought 21 of the company’s caravans in 21 years. Eighteen have been Swift Challengers, including the couple’s latest buy – a Challenger 470.

“We consider that the Swift challenger is an extension of our home,” said Mr Mackenzie, “We’ve always been happy with Swift and have never had any problems. I don’t know how they manage to think of things to improve every year but they do.”

The loyal couple have also stuck with White Arches caravans for more than 20 years, first dealing with Peter Sharpe, then his son Steve who is now company director.
“It is totally unique to us to have someone buy this many caravans,” said Steve. “There can’t be many people that have bought a van every single year that’s a Swift product.”

With their new Challenger Ian and Sylvia, who are both retired, plan to continue to tour the UK, visiting the Lake District and the West Country in the coming months.