Avoid the jams this Christmas 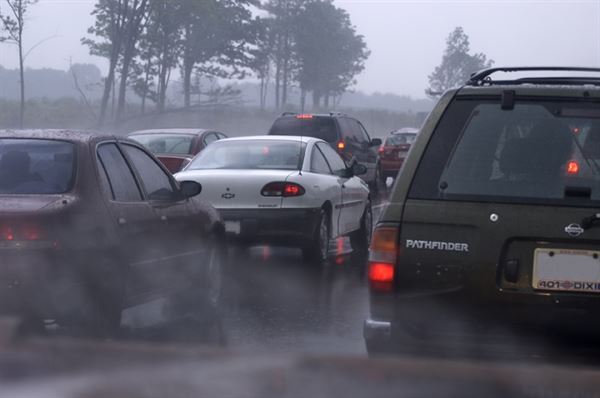 According to intelligent driving experts Trafficmaster, over 18 million vehicles will be on the road this Christmas, so if you’re getting away in the caravan, here are the times, and places, to avoid:

Thursday 21st December:
The afternoon rush on 21st December will be the ?longest evening rush hour of the year, with congestion likely to build from? as early as 2.00pm, lasting until 7.00pm, caused by a unique mix of HGVs? making last minute deliveries, commuters leaving work early for holidays,? last-minute Christmas shoppers and families travelling to their Christmas? destinations.

Friday 22nd December:
The peak of traffic should be starting around 2.00pm and lasting into early? evening. The worst hotspots will be:? M25, Eastern and Western sectors, ?the M1 around Luton and in the East Midlands,? the old M6 between junctions 4 and 10,? the M60 around Manchester, the M1 and M621 serving Leeds,? the A1M coming out of Gateshead and Newcastle,? the M32 from Bristol and ?the M4 between Newport and Cardiff.?

Philip Hale, spokesman for Trafficmaster explained:?”Christmas is typically one of the worst times of the year for traffic? volumes and each year the timing of holidays creates a slightly different? challenge for travellers. The great unknown is weather, which could make ?journeys much more difficult.  We'd encourage anyone travelling in the ?run-up to Christmas to be smart about your journey ­ plan in advance, get up?-to-date traffic information and alter your journey time to miss these peak ?periods if you can.”