The ARCC is a small family-friendly club formed to allow Radio Amateurs to combine two hobbies and be able to erect aerials without the usual restrictions on commercial sites. During the course of the year the A.R.C.C. holds at least twelve weekend rallies at various sites up and down the country, the majority being in the Midlands. A holiday rally is held usually near the coast each year. And a Winter dinner in February. Anyone with an interest in amateur radio can apply for membership. 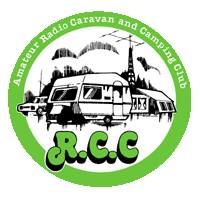