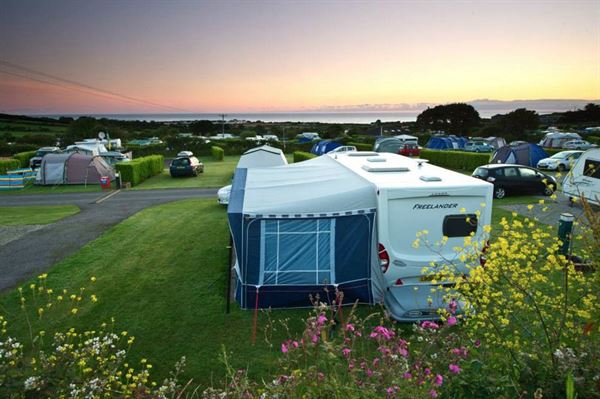 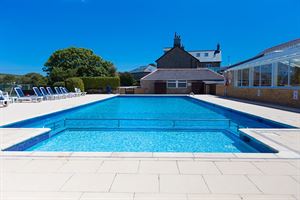 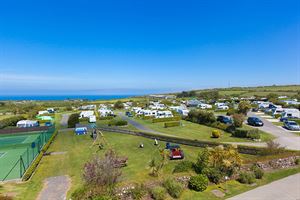 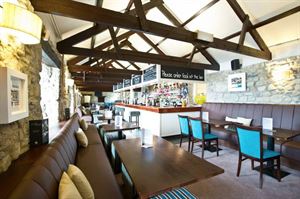 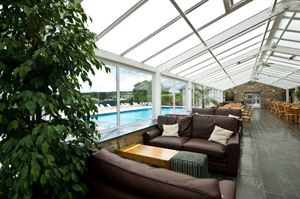 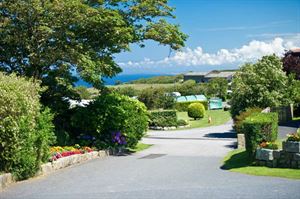 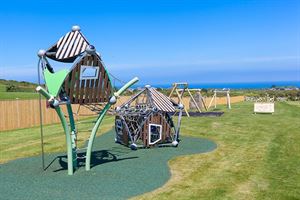 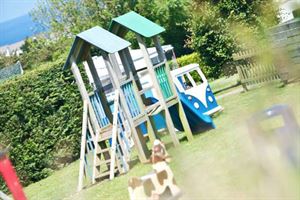 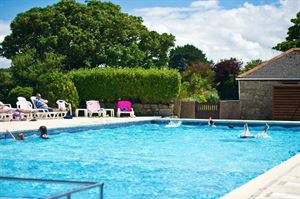 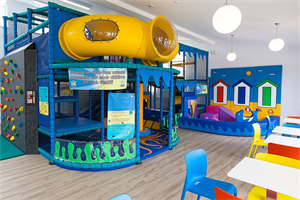 Situated within walking distance of stunning St Ives, Polmanter Touring Park is an award winning five star family campsite, set in an ideal location to explore the West Cornwall peninsula. Excellent on-site facilities include showers and toilets with a wheelchair-accessible suite and family showers. The main facilities are open from May to mid-September and include an outdoor heated swimming pool, an on-site shop, bar, restaurant, takeaway and bus service to St Ives. They also offer two hard tennis courts, a putting green, sports field and games room.

Polmanter is the only five-star campsite in St Ives with a swimming pool and has won numerous awards. As well as Premier Parks status, this includes five stars by the English Tourism Council, five pennants from the AA, membership to the Best of British group, as well as being the proud recipient of the gold award for 'best holiday park' in the 2005 Cornwall Tourism Awards... phew!

Wandering around the well-tended campsite – planted with brightly coloured flowers and the kind of tropical palms peculiar to Cornwall – it’s easy to agree with the judges' decision. Each of the six touring areas is named after Cornish tin mines (the Cornish names such as Giew, Morvah and Levant adding a certain authenticity), and offer a choice of multi-serviced grass or hardstanding pitches (with electric, water, waste and TV hook-ups), serviced pitches (with electric hook-up), and non-serviced pitches.

Three large toilet and shower blocks are placed at convenient points around the campsite, and offer extras like free use of hairdryers, and family shower rooms. The ‘two-room’ arrangement in the showers is also pretty convenient too – you’ll appreciate it if you’ve ever hung your clean clothes on the back of the shower door and ended up with sopping rags. As you’d expect with a top quality park, there is a laundry with drying and ironing facilities, covered dishwashing sinks plus a host of other useful touches – like a post box (no excuses to forget the postcards this year), grocery shop, off-licence and freezer pack hire.

The main focus of the campsite is the old farm buildings. These huge granite rooms house the games room, a take-away selling pizzas, chips and other holiday indulgences and the stable bar – a long traditional-style pub that also serves evening meals. The huge conservatory, which runs alongside the stable bar and overlooks the swimming pool, also serves meals from the stable bar.

It’s a well known equation (first discovered by Einstein I’m told) that children + water = happy holidays, and the pool here is pretty impressive. Set at the top of the park the large adult pool is heated, and there is a smaller paddling pool for the younger children that looks equally inviting. However, there’s plenty more than splashing around in the sun to keep kids occupied here. Namely, a games room, situated in the former grain store, that houses pool tables, table tennis and some arcade style games machines. All mum and dad have to do is provide the spending money for the crisps and pop...

Back outdoors and there are two tennis courts to practise on, a sports field for a bit of impromptu five a side, a putting green for any mini Tiger Woods, and two children’s playgrounds. If you can persuade the kids to venture off the campsite for an afternoon, then the vibrant town of St Ives is well worth discovering. The Cornwall branch of the Tate is situated here, as well as the beautiful Barbara Hepworth sculpture museum, and Porthmeor, one of the best surfing beaches in Cornwall.

The pretty harbourside is also worth visiting, if only for a take away pasty and a visit to the Sloop – a 14th century pub which was surely frequented by many a pirate. There are plenty of restaurants, many of which serve fantastic fresh fish, plus a great mixture of souvenir shops, art galleries and clothing stores.

From Polmanter there is a cross country walk directly into the town – and mercifully it’s downhill. However, it’s a pretty steep schlep back up again, which is where Polmanter’s hourly minibus comes in very handy. Polmanter is a campsite that has truly thought of everything – from the on-site cash machine to the St Ives minibus. The stunning location above St Ives, fabulous climate and great buildings were great ingredients to start with – but the family atmosphere, extensive amenities and attention to detail have truly made this site a winning recipe.

In 2014 Polmanter was awarded AA Campsite of the Year for England and Overall and it also won the Bronze Award in The Cornwall Tourism Awards.

First stayed here 35 years ago, returned this October for the first time in 15 years, we had plainly stayed away too long, fantastic family site with great facilities, the family have invested in a...

Food can only be described as average. Hunters Chicken was drenched in bbq sauce, equally salad was drowned in dressing. Pie could have been hotter. Took an hour to get out food. Service was...

Polmanter has everything we'd expect in a good site. It was very easy to get to and ideally located for the main places we wanted to visit across the southwest end of Cornwall. The site is friendly...