10 Reasons Why Airstream Is The World's Coolest Caravan 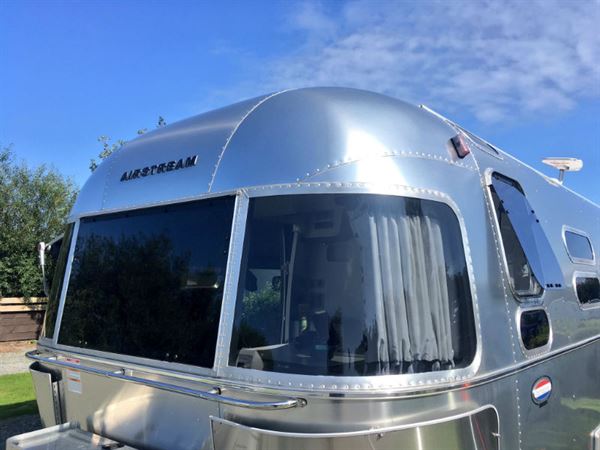 Caravans are a great way to enjoy a holiday at home or abroad, but they aren’t often described as stylish.

In fact, if you believe the haters, they’re square and ugly on the outside and horribly tasteless on the inside (we all know someone like that!). Of course, all caravanners know that isn’t really true, but it can be hard to shake off that naff image.

One definitely bucks the trend though – the iconic US Airstream trailer. In fact it’s debateable whether we should even describe it as a caravan at all. Buy an Airstream and you’re buying into a lifestyle – and it’s certainly not cheap, with prices rising close to £100,000.

As American as apple pie, its riveted ‘silver bullet’ styling is a design classic – sleek and shiny, with a curvy retro shape unlike anything else you’ll see on a campsite. And as well as its good looks, the Airstream has a rich history dating back more than 80 years.

The Airstream is the original glamorous camping, so it’s fitting that many glamping sites in the UK now have Airtreams available to hire.

The official launch of the new 2018 range of Airstreams takes place at the Motorhome and Caravan Show 2017 at the NEC in October but we got to try out a brand new Colorado for a few nights at the White Lodge Caravan Park in Anglesey. TV chef Ellis Barrie, of the Marram Grass restaurant at White Lodge, will cook from the Airstream in the show's live theatre on opening day 17 October

Here’s 10 reasons why these iconic American trailers are the coolest caravans in the world.

They are stunningly good looking 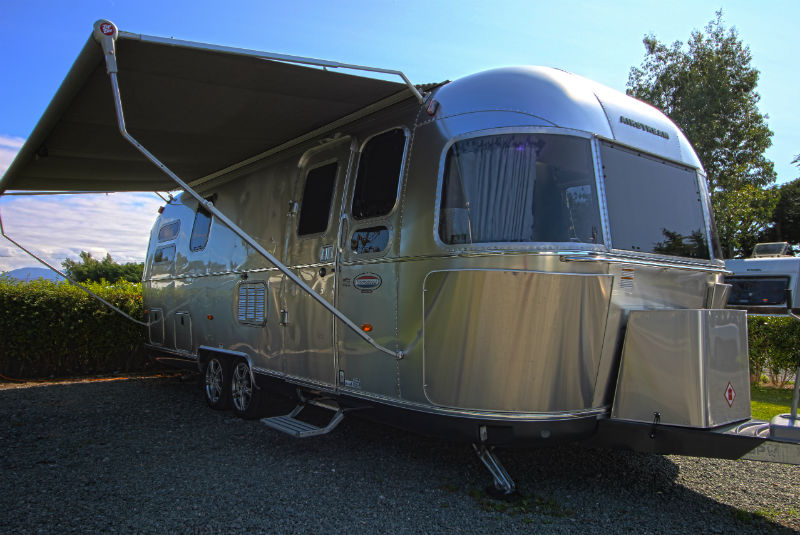 With a vintage appearance that owes more to a passenger jet from the golden age of air travel than a typical caravan, the Airstream is stunningly good-looking, especially on a sunny summers day. 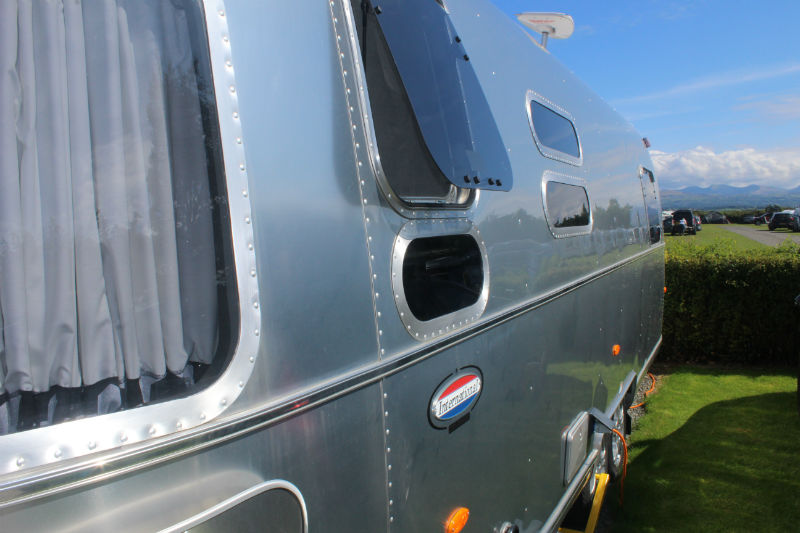 When the sun shines down, the shiny aluminium glistens and the light reflects off the curves. 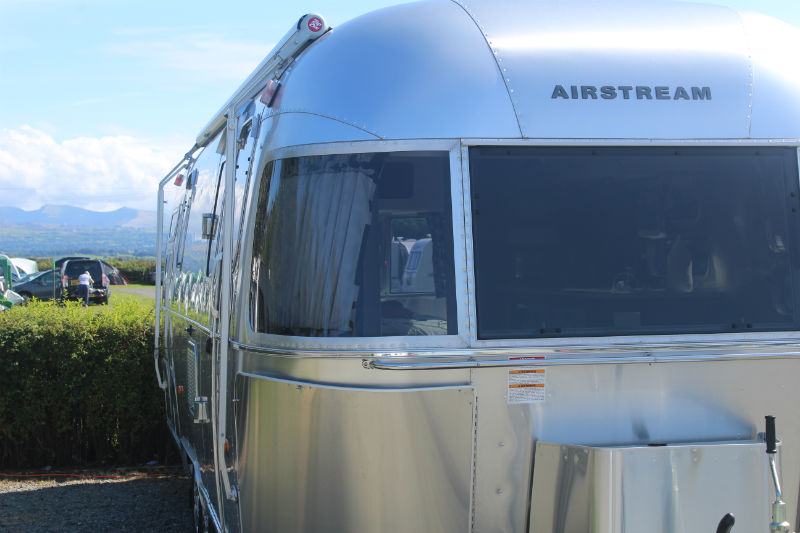 And they're just as stylish on the inside 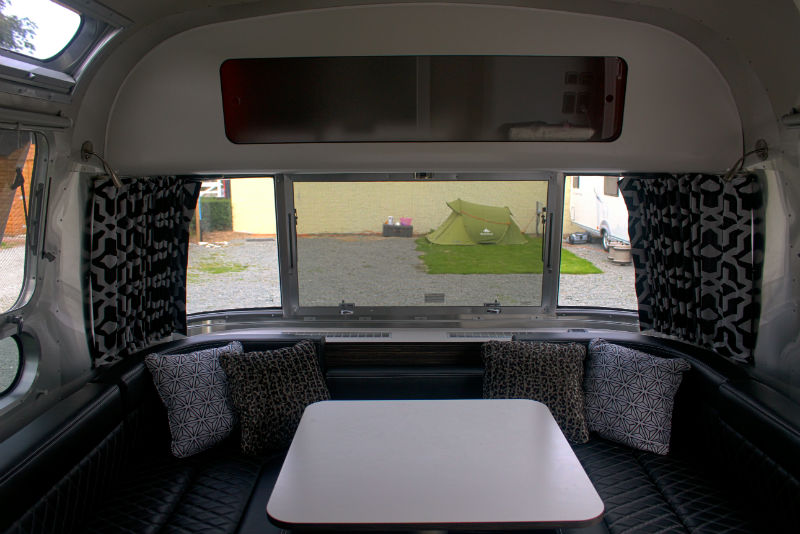 Forget drab, beige upholstery, pallid fake-wood surfaces and swirly brown curtains, the Airstream is as stylish on the inside as it is on the outside. The new range features a choice of soft furnishings in leather or fabric. 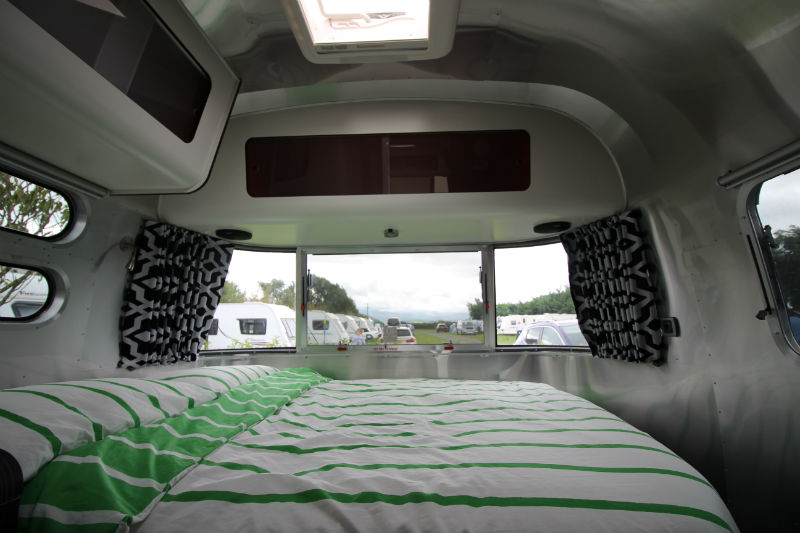 The monochromatic Manhattan option provides a cool urban look while the Americana has a more classic US backcountry feel and there are scatter cushions and curtains to complement both. 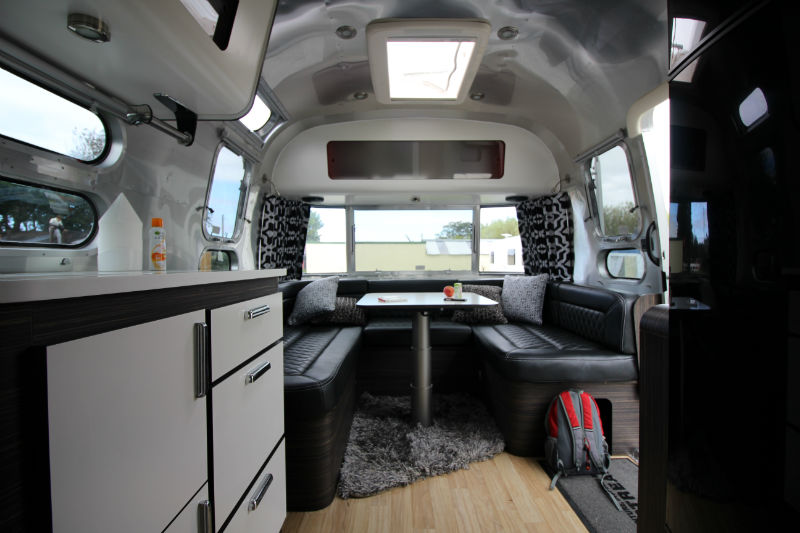 The modern chic look continues throughout the interior. The walls are aluminium and the curved lines of the outside dominate the interior design. 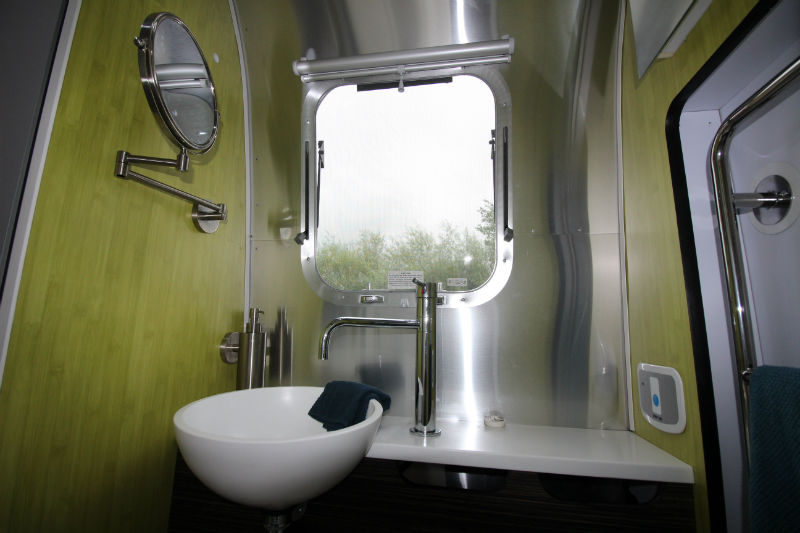 The Habitat-style darkwood cabinets are handcrafted, with rounded edges and chrome handles, while the top lockers feature frosted acrylic sliding doors and coloured lighting. It all resembles a trendy, boutique hotel rather than a caravan.

They come fitted with all mod cons 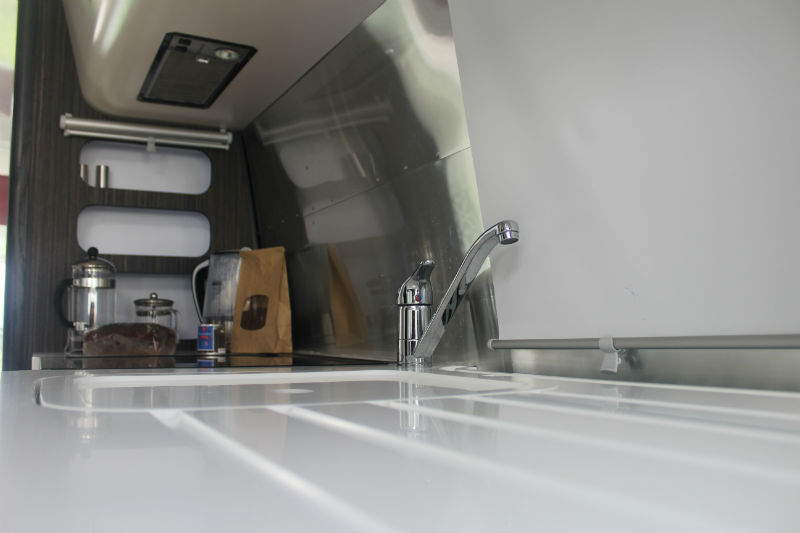 The Airstream isn’t just about looking­ good, it comes with an impressive list of high-end features designed to make your trips as luxurious as possible. 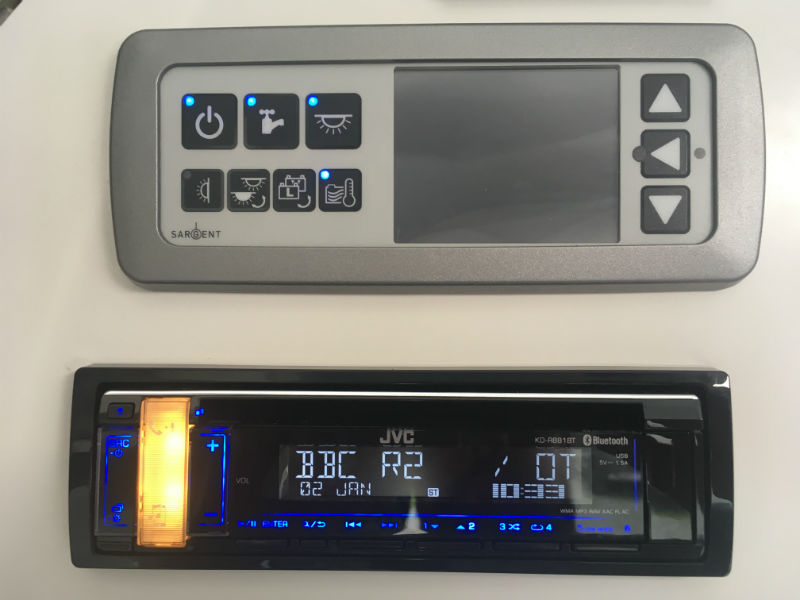 The new Airstreams come with an exterior shower, a gas barbecue point and a roll-out ZipDee awning. 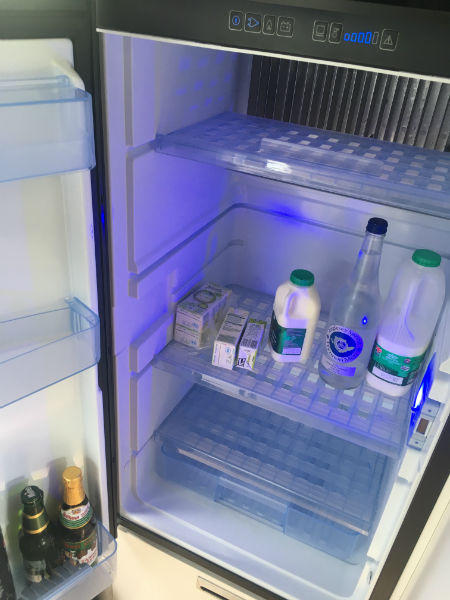 Inside, they are fitted with central heating, LED lighting, a Bluetooth sound system with speakers at both ends, a large fridge freezer and a double mattress that is as comfortable as your bed at home.

They make you instantly popular

If you’re a quiet type who likes to keep yourself to yourself, then forget about an Airstream because parking one of these on a campsite will instantly make you centre of attention. You’ll need to get used to admiring glances from covetous campers and be prepared for a steady stream of envious visitors who want to chat to you about your pride and joy, and maybe take a peek inside.

You're part of a worldwide community

Airstreamers are a sociable bunch and love nothing more than meeting up and sharing tales of their adventures in their silver dream machines. Wherever you go in the world you’ll find Airstreams and in 2005, the Wally Byam Caravan Club International (named after the man who invented the Airstream and arguably caravanning as we know it) celebrated its 50th anniversary. Wally led adventures across the United States and Europe and took trips to Africa and China. The WBCCI has spent more than 60 years helping Airstreamers form lasting friendships and memories.

Spacemen stay in them 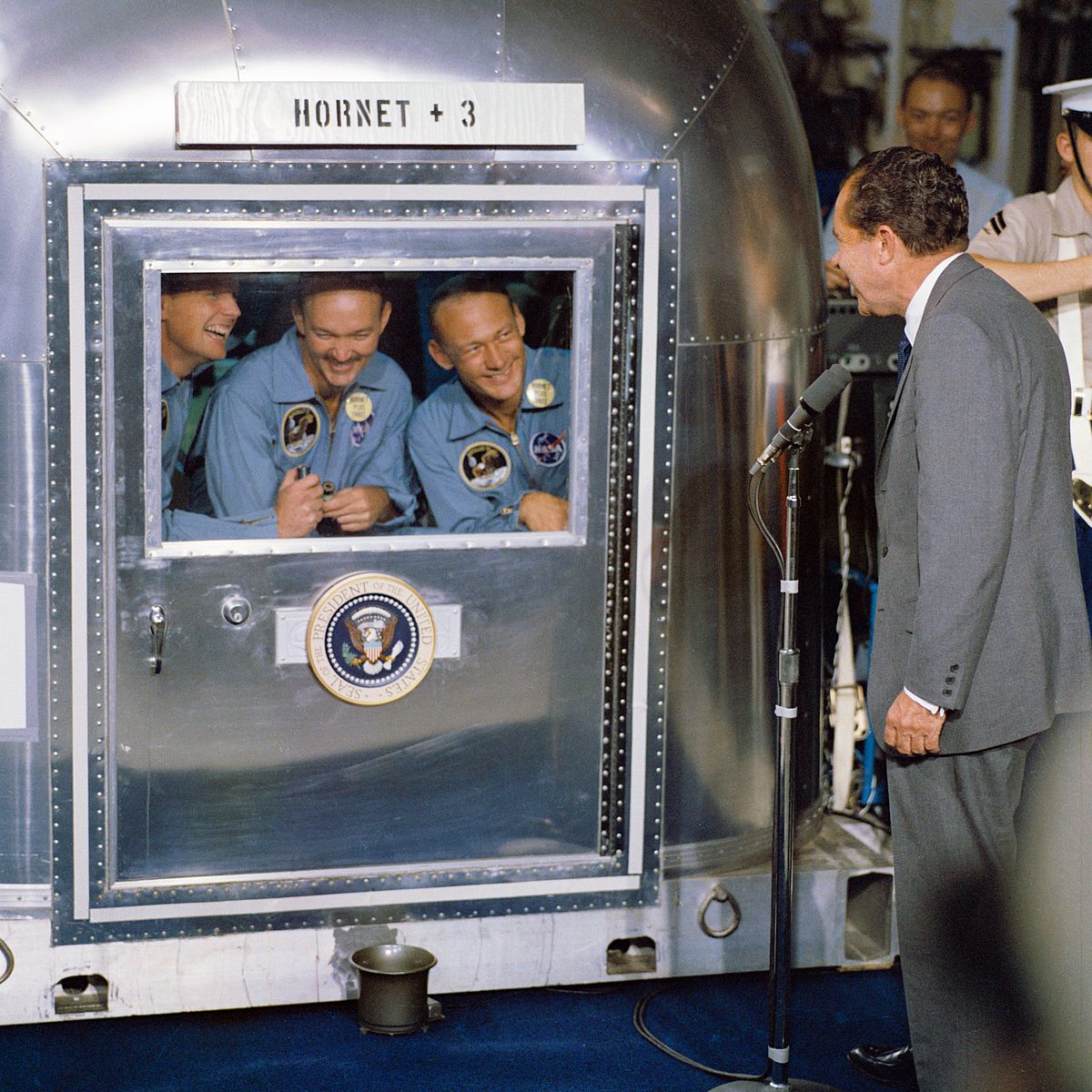 With their space-age appearance, it’s apt that Airstreams have a connection with cosmic exploration. When astronauts Neil Armstrong, Buzz Aldrin and Michael Collins arrived back on earth after becoming the first humans to walk on the moon in 1969, the first thing they did was head for an Airstream. NASA feared the Apollo 11 trio might bring “moon germs” back with them, so it was decided they should be kept in quarantine until they could be declared safe. Airstream created a “mobile quarantine unit” where they were taken on their arrival back on terra firma. A famous photo shows the spacemen chatting with President Richard Nixon through the window of their temporary home. Since then, Airstreams have been used to take astronauts to the launch pad as they prepare for space missions.

They're part of an official us government transport project 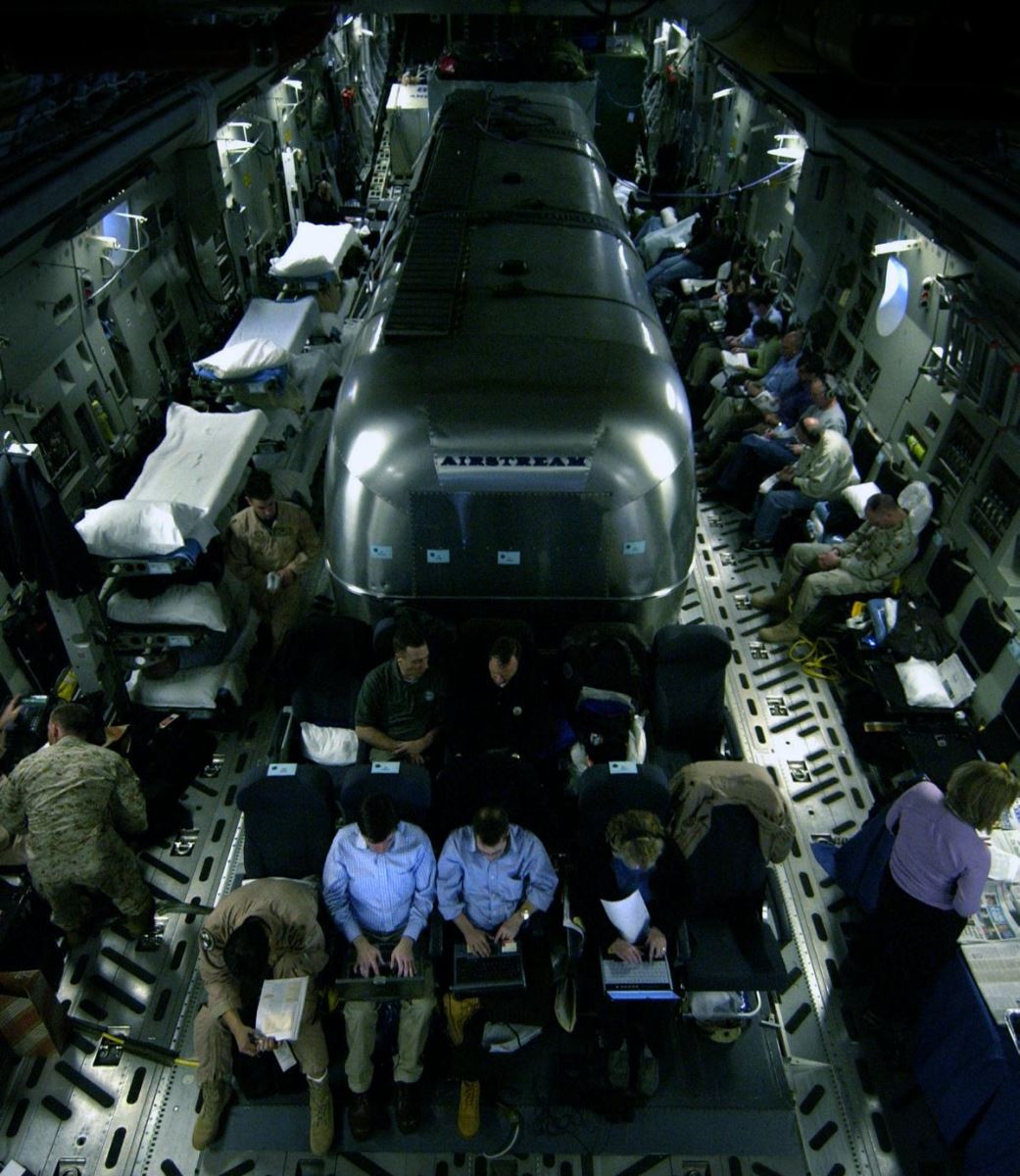 The president of the United States has his own private jet to travel the world, but when senior US government officials fly out to the front line they travel on Air Force cargo planes. The conditions are somewhat Spartan on board so to provide the privacy and comfort they need to work, Airstreams are fitted into the huge belly of the aircraft. The Silver Bullets are used frequently to transport high-level officials and there’s a special section of the Air Force devoted to managing the programme. The trailers are decked out with comfy couches, wooden cabinets and TVs, as well as high-tech communications gear. They are designed to be chained to the floor of cargo planes such as the C-17, and are used as an operations base when they reach their destination. The New York Times described one Airstream inside a plane as “looking kind of like a captured spaceship”.

It's the original glamping 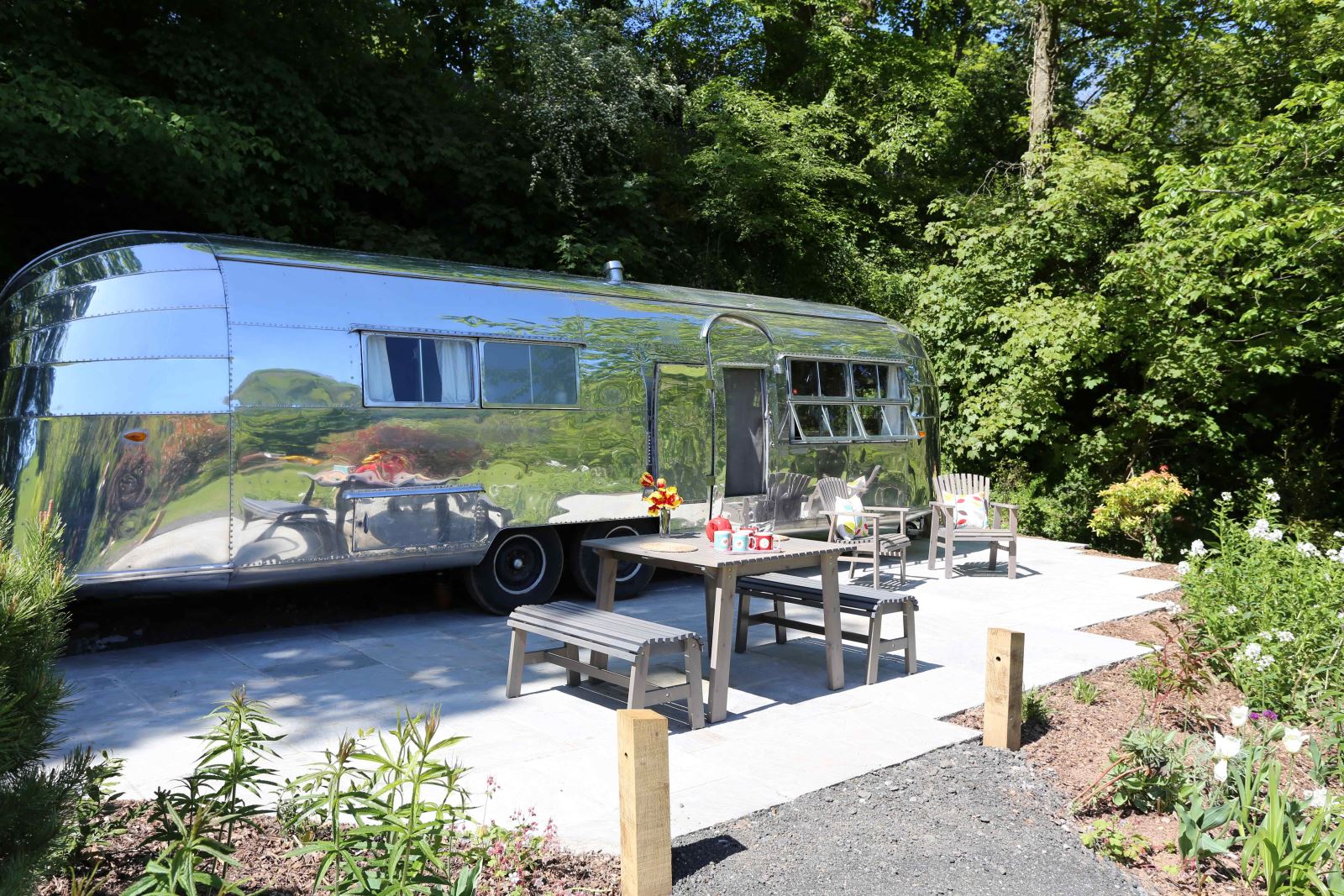 All over the UK there are sites where you can stay in a glammed-up vintage Airstream without having to tow it anywhere. Many of them have original fittings and fixtures and have been lovingly restored to their original condition, with quirky, retro accessories. Others are completely refurbished and feature the ultimate in luxury fittings. 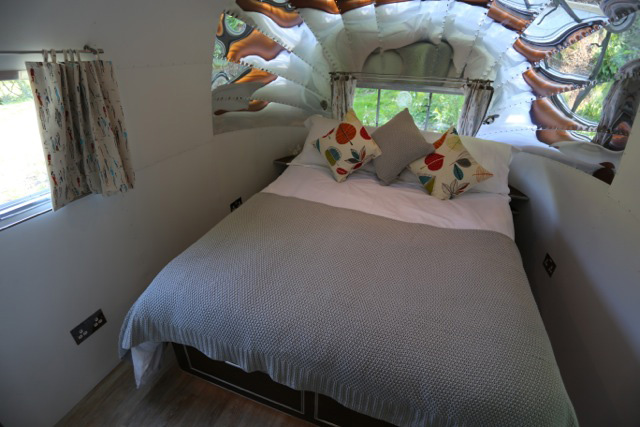 Further afield, the world’s only penthouse trailer park was built on top of the luxurious Grand Daddy Hotel in Cape Town, South Africa. Seven Airstream trailers are surrounded by tiny gardens and an outdoor cinema, with Table Mountain as a backdrop.

They're designed for life

Airstream creator Wally Byam’s dream in 1931 was to build a trailer that would be light enough to be towed by a car and provide first-class accommodation for people who wanted to get closer to the great outdoors. They are also intended as a lifetime investment – there are Airstreams built in the 1930s that are still on the road today. 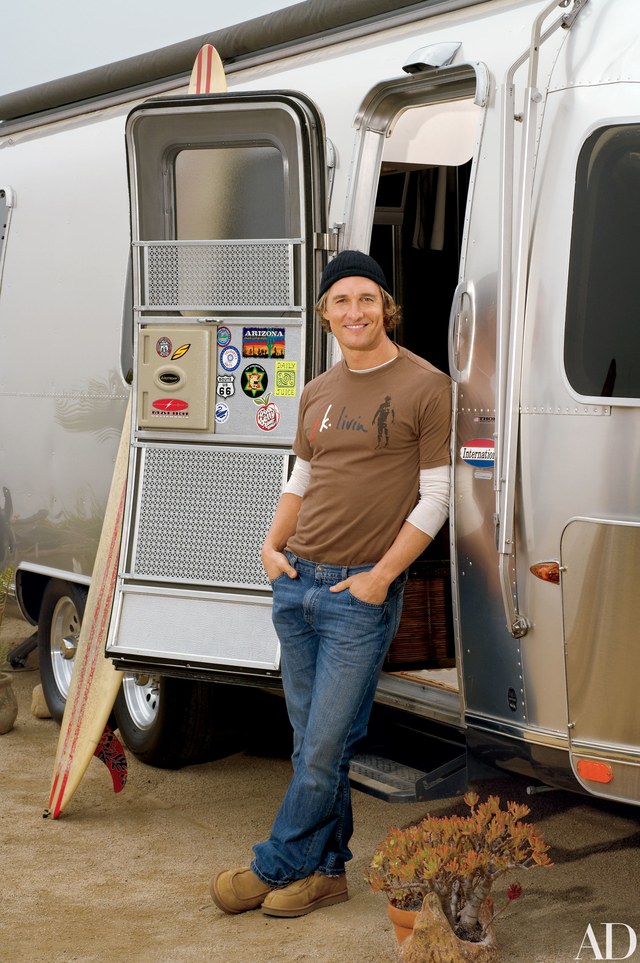 A long list of A-list celebrities have owned Airstreams over the years. Actor Matthew McConaughey lived in one in Malibu for many years and eventually owned three trailers. According to the book Airstream: The Silver RV, other celebrities who have owned Airstreams include Tom Hanks, Johnny Depp, Lenny Kravitz, Brad Pitt, Denzel Washington and Sandra Bullock. They’ve made countless appearances in films and TV shows, and even Donald Trump has got in on the act, challenging contestants on The Apprentice to create a mobile business using an Airtstream.

Swift announced earlier this year that it is now the sole distributor for Airstream caravans in the UK.

The 2018 Airstream range will be officially launched at the Motorhome and Camping Show 2017  at the NEC in Birmingham this October. Visit the website for more information about tickets and what's on offer 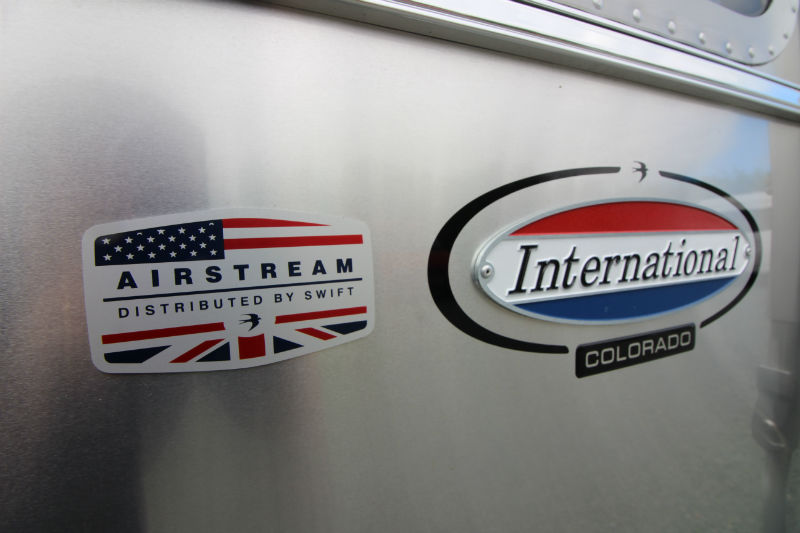 The range includes the four-berth Missouri, the two or three-berth Yukon and the 8.25m-long Colorado. Prices start at £78,495 for the Missouri and go up to £91,995 for the Colorado. 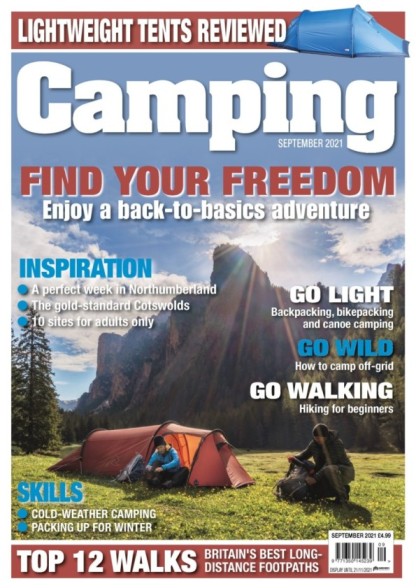 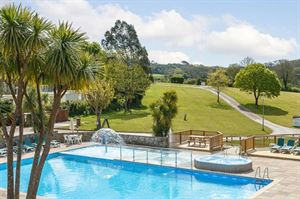 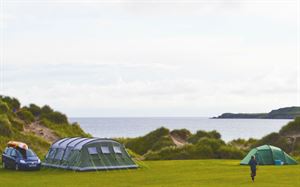 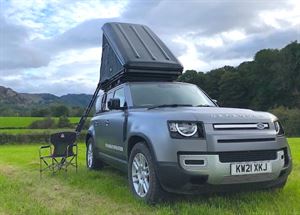 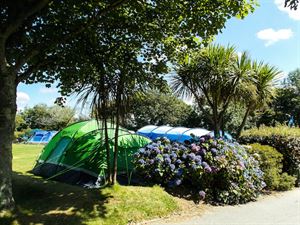 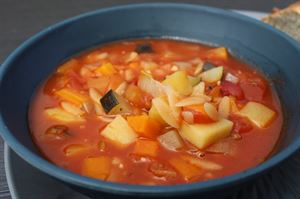 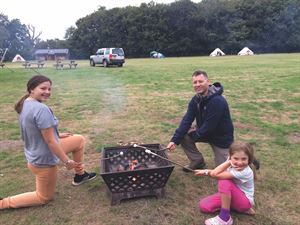 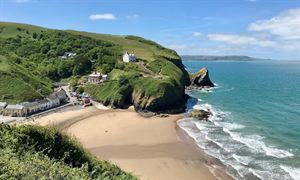 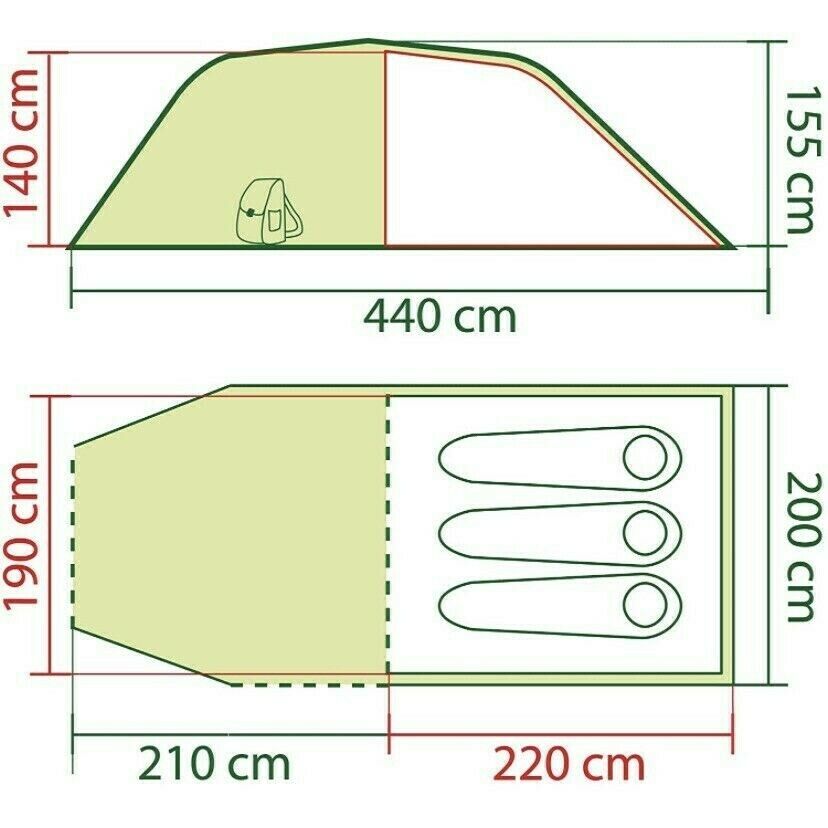