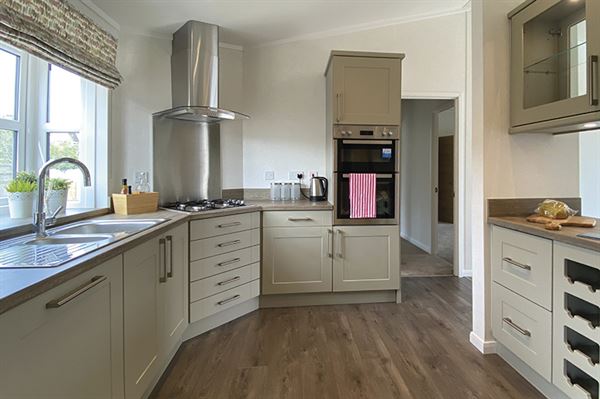 If you currently have a house in which the lounge, dining room and kitchen are entirely separate rooms, and you fancy buying a park home that replicates that idea, the Stately-Albion Woburn satisfies that criterion. That’s why it’s so popular – and that’s why it’s January’s Editor’s Pick of Residential Homes.

Several park home layouts offer a separate lounge but the Woburn goes a step further, with a dining room that’s almost entirely separated from the kitchen. The two rooms are cleverly divided by a large and very attractively styled dresser with a central portion that is open to both rooms.

The Woburn we photographed is at Willow Park, in Calverton, Nottinghamshire, part of the Killarney Homes group of parks. It had just been sold when we visited the park. It’s a popular choice for buyers here, as on many other parks, so more Woburns can be obtained for any of the 10 plots currently being developed at Willow Park. 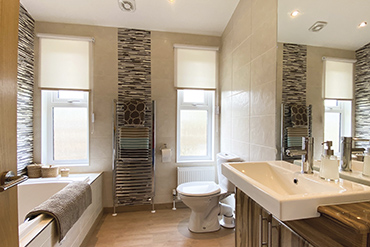 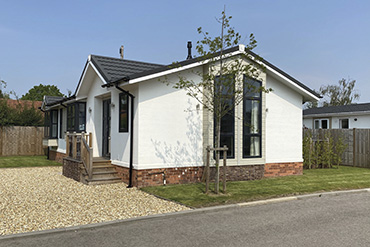 The importance of the dining room to the Woburn’s appeal goes further than its ingenious dresser room divider feature; a sliding patio door spans the whole width of the room. In our example Woburn at Willow Park, you step out onto an expanse of multi-tiered decking; lovely!

Windows make a big statement in the Woburn. Between the dining room and lounge, a wedge-shaped window is set high up in the wall, allowing light to flow between the two rooms. Window design is a feature of the lounge, too; this time, it’s elegant, cathedral-style, reaching to the ceiling.

So, aesthetics are lovely; how about practicalities? The utility room gives you additional kitchen storage space. Storage in bedrooms – always an important element of a park home – is impressive, with a walk-in dressing room off the main bedroom, containing three hanging areas plus shelving and a suite of drawers. A large wardrobe and a floor-to-ceiling cabinet offer good space in the second bedroom. It’s easy to see why the Woburn, in the seven years since its launch, continues to gather popularity.

To discover more great parks and holiday homes, plus advice and tips on buying your own park home and all you need to know about living on a park home or having your holiday home on one of Britain's amazing parks, get Park and Holiday Home Inspiration magazine from here.