If you’re thinking a move to a park home might suit you, it’s great to know the views of people who have already made that move. Here’s what two couples told us.

They’re residents at a park in Cheshire, a few miles from Northwich. Ashwood Park, owned by Tingdene Parks, is a well-established estate where a new development is now taking place. 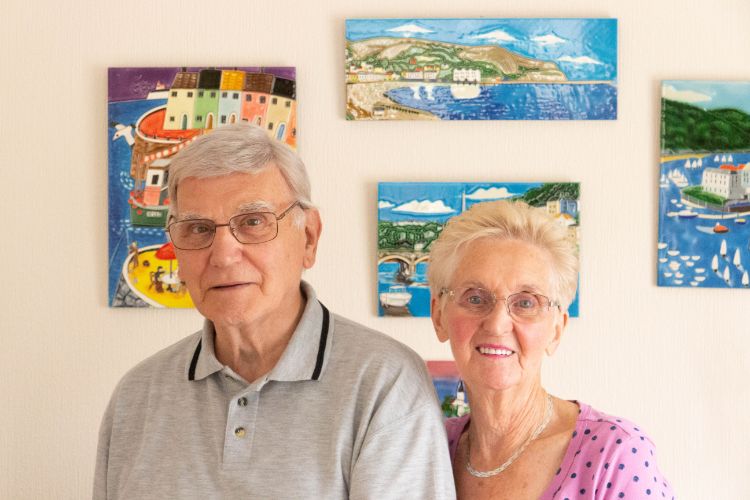 It’s now 18 months since Bob and Doreen Senior made the leap from bricks and mortar to park home living.

“We’d been thinking about a park home for some time. We knew that we wanted a bungalow, and we knew Ashwood Park existed but we’d never been on it,” says Bob. “We came to the first open day that Ashwood Park held.” That day was the beginning of a new era for Bob and Doreen.

“We had a good look around the park, picked a plot – and put a deposit on a home.

“We decided on this home straight away. It’s a Tingdene Barnwell, 46ft by 20ft. We especially liked the box-bay windows and the separate lounge.”

I wanted to know what gave Bob and Doreen the idea to go for a park home.

“We had a static caravan at Deganwy in north Wales and we loved it; that gave us the idea that we could downsize and be happy in a smaller home.

“We looked at a bungalow at quarter of a million pounds and it needed so much doing to it. That set us thinking about a park home – the idea of buying everything new appealed to us.”

Moving was simple: “Our daughter bought our house!”

Find out everything you need to know about buying your first holiday home, or choosing your next one, with the new edition of Buying Your First Holiday Home.

The Tingdene Barnwell was near-perfect for the Seniors: “We went to the Tingdene Visitor Centre showroom just to explore fine details – we had some minor alterations made; things like moving sockets.

Then they turned attention to their plot. “We had the option of gravel or grass and we picked gravel, to keep maintenance easy. We chose a concrete shed rather than a garage.”

The Seniors moved from just a few miles away – they love the Northwich area.

“It’s perfect for getting on the motorway network – and Northwich has some excellent coffee shops.”

Bob is knowledgeable about the salt mining history of the area and it’s not long into the conversation before he has enthused me, too.

“There’s a salt museum close to the park – it’s one of only four in the world. And there’s an underground brine lake, from which they pumped salt; 70 years ago families would pump the brine – the water evaporated leaving the salt.”

History lesson over, talk turns back to park homes: “We would definitely recommend park home living. It’s like being on holiday all the time. We love it.”

Bills are lower, he says. And there’s more to recommend about Ashwood Park: “There’s quite a little community here. Everyone gets on with everyone else. There’s a minibus service from the park to Norwich on Tuesdays and Fridays, and coach trips about four times a year to the coast and other places. One resident organised the trips.

“This is definitely one of the best moves we have ever made.”

Doreen agrees – Bob has done most of the talking because Doreen’s attention on the morning of my visit has been deflected from the advantages of park home living. Their daughter is a former hairdresser; she has turned the Tingdene Barnwell’s kitchen into a salon and is busy cutting and styling Doreen’s hair. Their finish is perfectly timed for our photograph! 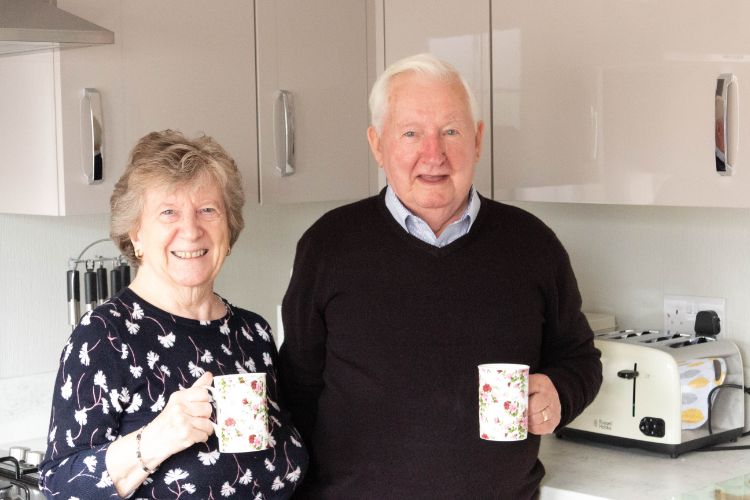 Pauline and Terry also chose a Tingdene Barnwell; they moved here in March 2019. Their story, though, is unusual; they have two homes and divide their time between them, spending most weeks at Ashwood Park and the weekends in a house.

Here’s how this arrangement arose: “We married seven years ago and we each had a house,” Pauline explains. “I had rented mine out.”

They were already friends with Bob and Doreen: “We came to see their new home a week after they had moved in – and loved it.

“I had already decided to sell my house,” says Pauline. “Terry said ‘I think you’d be happy in a park home’. We came and had a good look at the show house – and decided straight away that we’d spend our time between here and Terry’s house, two miles away.

“We call this our ‘country home’ – and we go to Terry’s house on weekends when the family visits.”

Because everything is brand- new, moving in was instant. “There was nothing extra to buy. We love everything about this home,” says Pauline. We all remark on the lovely grey colour scheme, the soft-yellow tartan-inspired upholstery of the armchairs and the deep pile quality of the carpet.

Pauline and Terry also like the easy-maintenance garden – especially as they also have Terry’s garden to look after. “We chose gravel at the front and grass at the rear for sitting out,” says Pauline.

“Terry is the gardener – I supervise!” says Pauline. That teamwork goes for the gardens at both of their homes. 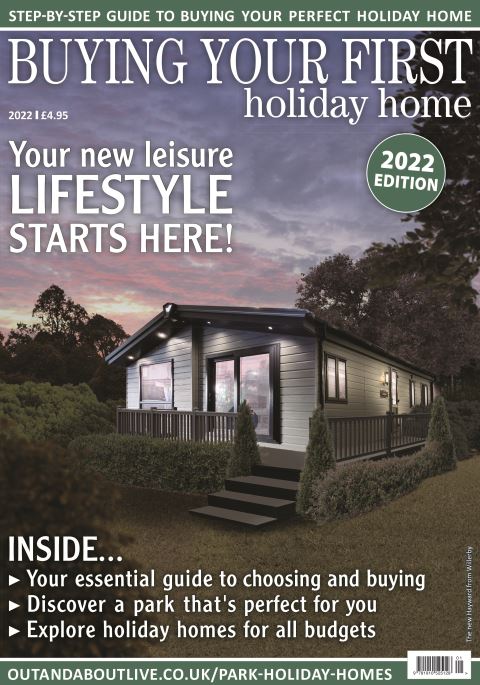 The guide is packed with expert advice and information to help readers buy the right holiday home for them. It provides details on the latest holiday homes and lodges from leading manufacturers including Willerby, Omar, Regal, Tingdene, Pemberton and Victory. It also includes a section on parks, to guide holiday home buyers on the best choice of park to suit them.

Instant access is available through our digital partner, Pocketmags. 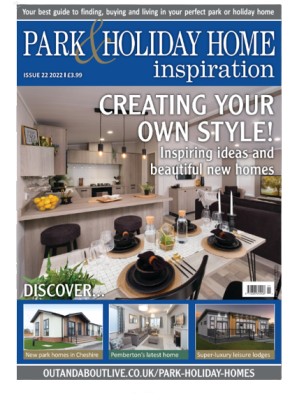 Park & Holiday Home Inspiration magazine is the best guide to finding, buying and living in your perfect park or holiday home. The magazine is ideal for both the budding buyers to be, or for those who have been living the life of luxury for years.