Friendliness and financial advantages - owning a park or holiday home 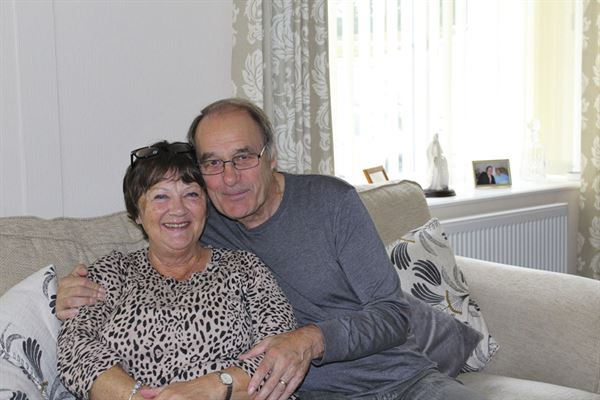 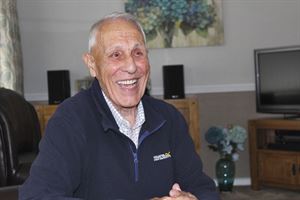 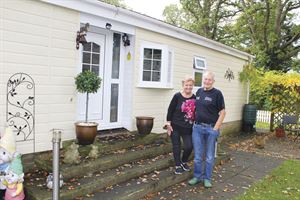 Words and photos by Liz Morrell

Six months of clearing out, a traumatic decision that turned out to be the best thing they ever did, and the friendliness of park life – three couples at Tingdene Parks’ Trowbridge Lodge in Wiltshire tell their stories...

Two and a half years ago Christine and Peter Tranter downsized from a five-bedroom, detached house in Bagshot, Surrey that had been their family home for 30 years to a park home at Tingdene Trowbridge Lodge in order to be closer to their grandson. “It was the perfect family house when there were six of us but we didn’t need it any more,” says Christine. “This is so much easier – I can do the housework in an hour and bills are a lot less.”

The couple chose a new 48ft by 20ft Tingdene Barnwell. “We chose to have a study but if we hadn’t we would have had bigger rooms,” says Peter.

One of their favourite parts of the property is their garden – which is actually bigger than the one they had with their family home. “I’m the gardener,” explains Christine. “I’m the plant saviour,” chips in Peter.

Having visited a few parks, they say the appeal of Trowbridge Lodge was instant. “We came here and really liked the feel – it was very friendly,” says Christine. “If you walk around the park there’s always someone to have a chat with.”

The couple own a Jack Russell, so the fact that pets are allowed on the park was another reason they chose Trowbridge Lodge.

For those considering a similar move, Peter recommends visiting your intended park at a few different times to get a true feel for the place.

Their biggest piece of advice, though, is to start the clearing out process early, since it took them six months to whittle their possessions down, a process they admit was cathartic if lengthy. “It was very good when we moved because we got rid of so much stuff. We had a double garage which was full and at the back was furniture from 30 years ago. We also had nine and a half boxes of Christmas decorations!” laughs Christine.

Richard and Julia Bartlett are used to the odd move or two. Richard served in the army for 25 years, including 17 years in Germany. During army life the family moved 17 times and then a further three times before finally settling in a three-bedroom detached house just a few roads away from Trowbridge Lodge.

They lived there for 10 years. In April 2020 they will have also been in their park home for 10 years. The couple purchased a 42ft by 20ft Omar on the park. It needed renovation and they spent the next couple of years doing it up. “This one needed a lot of work but was ideal for what we wanted,” says Richard. “It had been empty for 18 months when we bought it. We had the whole place rewired and put in a new combi boiler. I did all the decorating and went from room to room doing it up and putting our mark on it,” he says.

At the time Richard was still working, for Forces War Records. Julia, meanwhile, was battling cancer. Indeed it was a £30,000 bill for the breast cancer drug Herceptin that had forced their original move, although in the end the treatment was paid for by the NHS.

Although the reasons behind the original move were traumatic, Julia describes the move as, “the best thing we did. I’d advise anyone to do it,” she says. “We had always fancied a park home and used to wander around this park so it was an easy decision to make,” says Richard. “We are financially better off, it’s quiet, secure and everyone’s friendly.”

When I ask what they do during the day, Richard laughs. “As little as possible. It’s a quieter pace of life.” Julia has been busy taking part in a charity fashion show and is determined to put her feet up on the afternoon we meet.

But the couple also holiday a lot, having been caravanning for nearly 40 years. “We go away as much as we can do,” says Richard. “The first year we retired we travelled all the east side of the country up to Scotland and back down again. It took us three and a half months.” They have been to Wales, London and Dorset in recent months.

Tony and Maureen Amodio have been married for more than 60 years and moved to Trowbridge from Golders Green in London in 1960. Five years ago they moved from the family home into a park home at Trowbridge Lodge.

“We came down here on a Sunday. It was a beautiful day and we just fell in love with it. It’s as simple as that and we’ve been happy here ever since,” says Tony, who spoke on his own as Maureen was out during our visit.

“We sold our house within 10 minutes [of the first viewing],” he says. “We wanted to come here because we’d heard lots about it.” And when they visited the park they were sold instantly.

“The lady that lived opposite at the time said to us ‘would you like to come in’. That’s how you get treated here. It’s very friendly. There’s a real community spirit but it’s what you make it. We all help each other.”

The couple ended up buying an identical home to their neighbour, a Tingdene Barnwell 42ft by 20ft, and are very happy. “I like it here and my wife likes it,” says Tony.