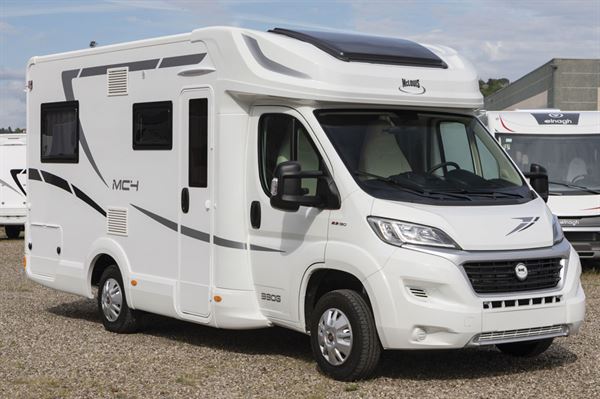 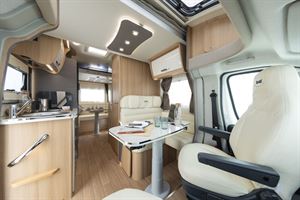 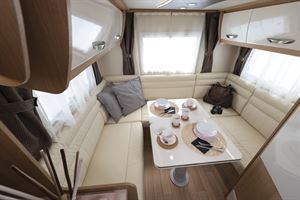 McLouis, an Italian brand from the Trigano Group, returned to the UK after a long absence in 2019.

Imported by the British marque, Auto-Sleepers, and sold alongside its traditional UK-built vehicles, McLouis gives Auto-Sleeper dealers a product with a more European feel.

Now, it has released details of a brand-new model for the 2021 season, as well as some minor changes to the range.

The Fusion 330 is the newcomer and it’s a four-berth low-profile motorhome with four travel seats.

It has a layout featuring both front and rear lounges, which will be sure to appeal to British buyers, while drop-down beds over both seating areas (but larger at the rear) give it a USP over most UK rivals.

Not only that, but the Fusion 330 is unusually compact for a layout of this type, at just 6.49m long.

The 330’s rear lounge is U-shaped, while the front lounge (incorporating two belted travel seats) has an L-shaped settee opposite the nearside (UK side) habitation door.

The kitchen (which features an oven/grill for the UK) runs along the nearside, aft of the entrance, followed by the tall fridge and wardrobe. Opposite is the washroom with a semi-separate shower cubicle enclosed with bifold doors.

The Fiat Ducato cab comes, as standard, with cruise control, driver and passenger airbags and manual air-conditioning, as well as the 140bhp Euro 6d Multijet engine.

The living area of the Fusion 330 features a TV bracket, a flyscreen for the habitation door, a Skydome sunroof over the cab and Truma Combi 6 EH gas/electric blown-air heating.

There’s a solar panel on the roof and a Winter Pack, which adds insulation for the waste water tank and an electrically operated outlet valve.

There are now six models in the Fusion range in the UK and all 2021-season models gain a painted bumper, Fiat’s 140bhp engine and a metallic Iron Grey cab.

There’s also a new upholstery this year but it should be noted that the images here show a continental-spec, left-hand drive version, which has different spec and soft furnishings.

For more news and in-depth features on new motorhomes and campervans for the 2021 season, buy and read The Essential Guide to 2021 Motorhomes and Campervans here

The Scottish Caravan, Motorhome and Holiday Home Show is moving to a virtual event for 2021, running from 27-28 February ... 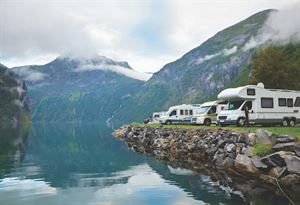 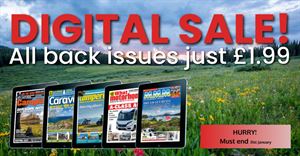 Back issues just £1.99 in our digital sale 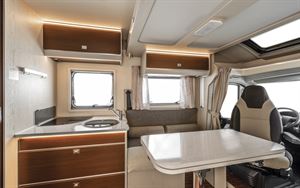 The range of special models all come with additional equipment ... 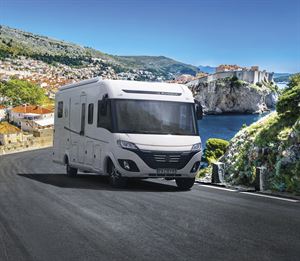 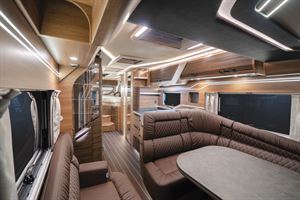 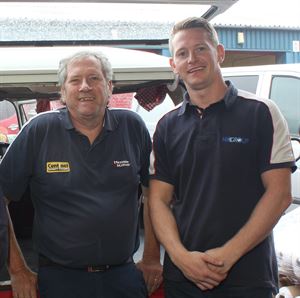 Founder and owner of motorhome accessory supplier, Noisekiller, Steve Bithell has retired and handed over the ... 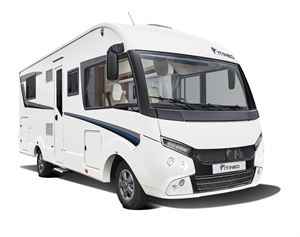