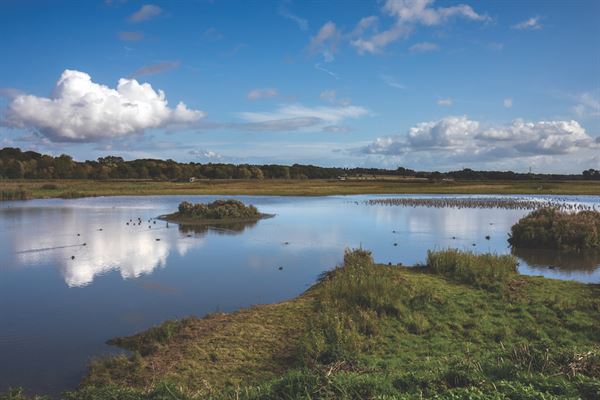 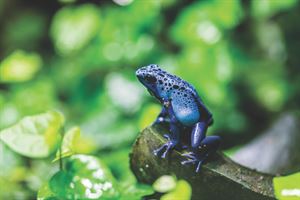 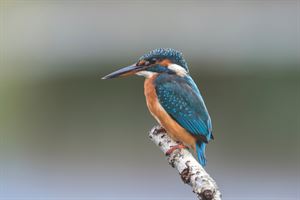 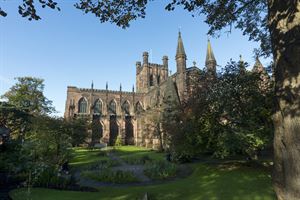 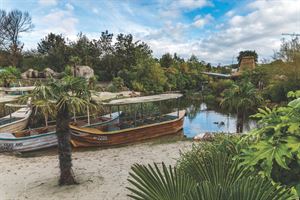 West of the Wirral is the expanse of the Dee Estuary with mud, sand and saltmarsh creating a habitat rich in wildlife. It’s possible to watch vast flocks of wading birds without getting out of your motorhome or campervan if you pitch at Wirral Country Park C&MC site.

In the evenings I wandered onto the slipway as flocks of waders – typically knots, black-tailed godwits and oystercatchers – shifted with the tide.

For sheer numbers, the oystercatchers stole the show with a vast black and white throng taking to the sky, but the nimble knot must get a ‘10’ for balletic synchronisation. Watching a flock of knots turning in the sunlight is incredible. As individual birds change direction each, in sequence, shows its grey upper wing and then its white underbelly to the sun, creating a ripple of light pulsing across the flock and increasing the illusion that this mass of birds is a single entity.

Within walking distance of the site (3½ miles) is Hilbre Island, which is synonymous with birdwatching. And, just 10 minutes’ drive away is RSPB Burton Mere Wetlands, which has an astonishing pedigree for attracting birds, including great and cattle egrets nesting with the largest colony of little egrets in the country. I later moved to Delamere Forest C&CC site where paths lead directly into the forest. 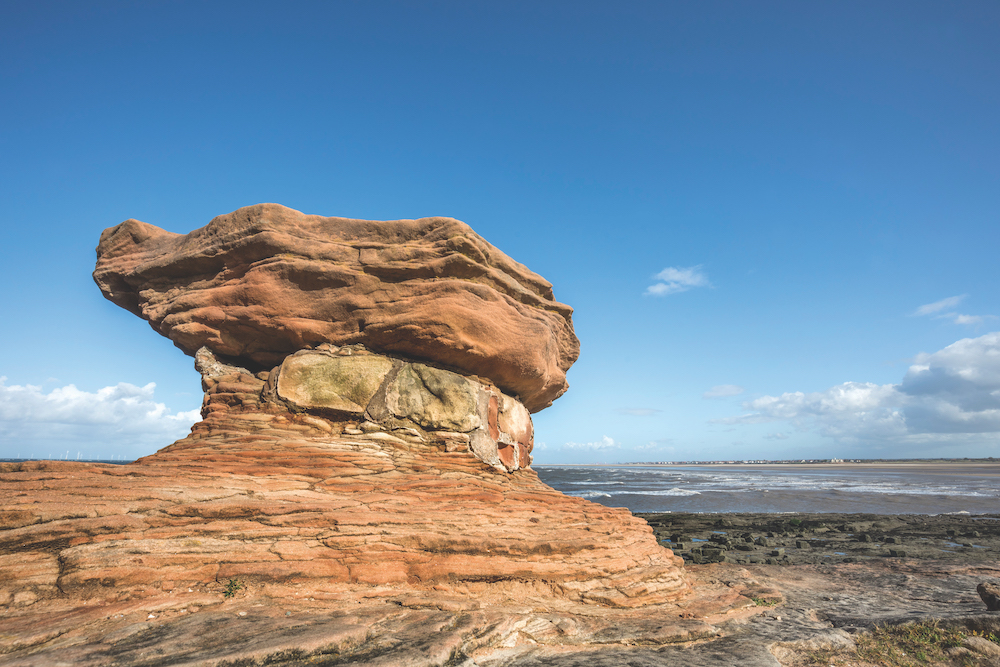 With the tide out, I made my way out to Little Eye, the smallest of a group of three islands. At Little Hilbre I got a commanding view back to the mainland and ahead to Hilbre Island, a place of sumptuous fiery-orange sandstone, sandblasted by the wind into curves and shapes.

I approached Hilbre with anticipation as I love the sense of isolation of a small island. Nobody lives here, but there is an observatory and traps used for ringing birds. Hilbre attracts migrant birds in spring and autumn, including many rarities.

From a ruined lifeboat station at the furthest point of the island, I also watched grey seals and great crested grebes bobbing on the sea and sanderlings, knots, oystercatchers and turnstones feeding or resting on the rocky shoreline.

The one-hour walk to Hilbre begins from the slipway at the north end of the lake in West Kirby. There are toilets and a shelter on Hilbre Island, but no other facilities. Plan your journey carefully around the tides. 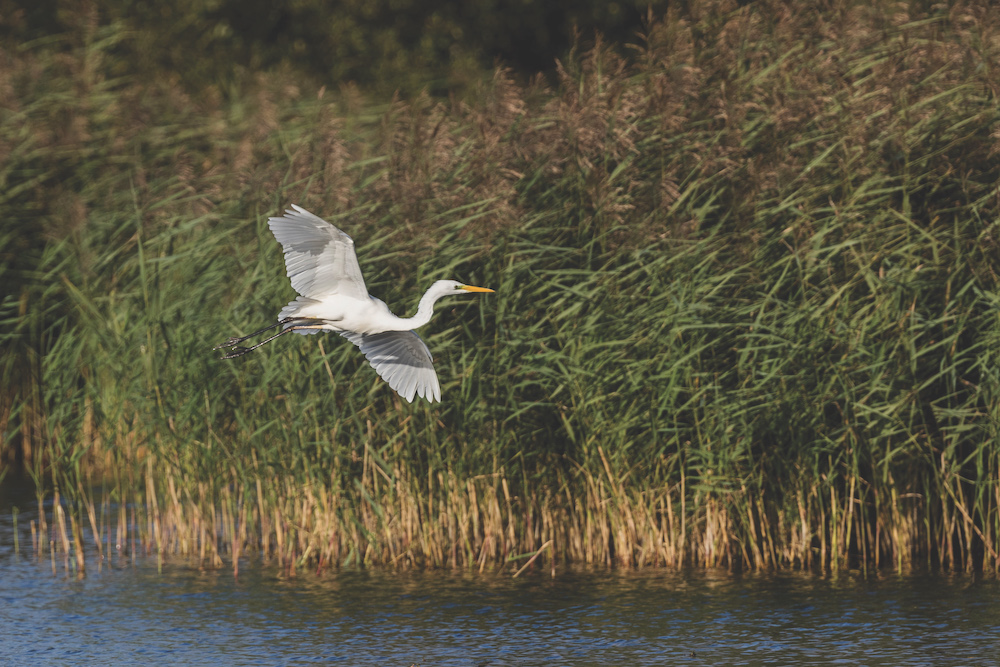 A great egret stalked along a ditch and a kingfisher whistled passed, dazzling me with its rainbow colours and feisty demeanour. Packed tightly together in the scrape’s middle, a flock of black-tailed godwits preened and napped.

A marsh harrier drifted by looking for prey. Excited calls among the godwits alerted others and the reaction spread to the golden plovers, ruffs, lapwings, redshanks, spotted redshanks and snipes, who all froze, while the threat passed.

As the birds settled again, another cry of alarm rang out followed by a rush to get airborne. The mass of swirling activity can confound a predator – this time a peregrine falcon and, with the element of surprise lost, it abandoned its attempt.

The access road is a track through trees, which takes 50 minutes to cycle from the site. 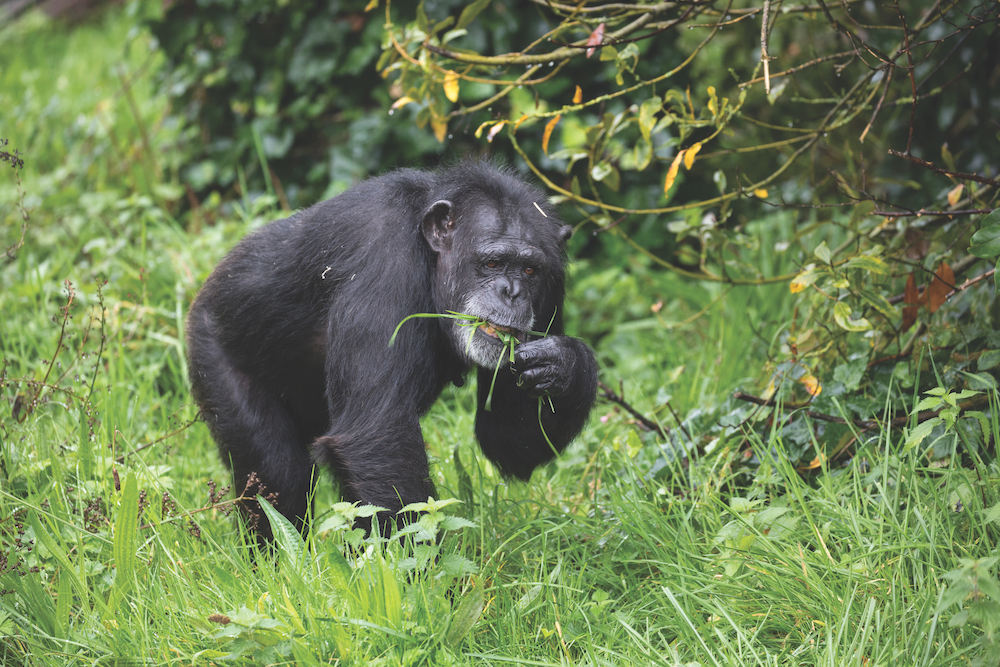 I love Chester Zoo’s Tropical Realm, a huge glasshouse full of free-flying birds. My senses were overwhelmed with colourful birds and their incredible sounds. My favourite was the red-billed leiothrix because of its subtly beautiful plumage. I was also struck by the brilliant colour of the Madagascar fody. In the same realm I enjoyed the weird and wonderful, such as the blue poison dart frogs.

The zoo also has most of the large animals you might expect, including lions, tigers and elephants. Arrive early, because you will easily fill a whole day here.

When taking photos of creatures through glass (or mesh), press your camera as close as you can to the glass and use a wide aperture.

David Chapman is a writer and photographer specialising in UK wildlife. He spent seven nights on sites in Cheshire in October for this trip