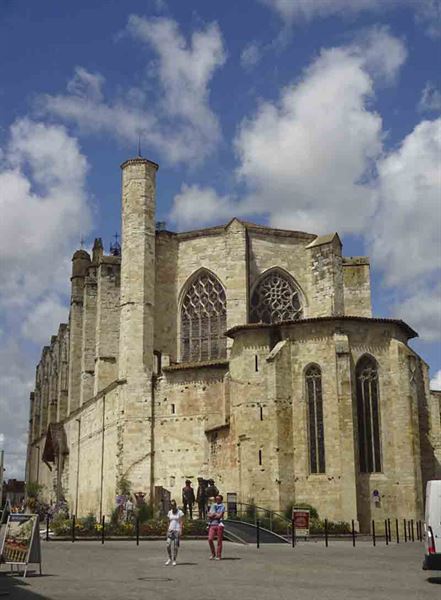 Having spent many years exploring the Dordogne Valley, my husband Matthew and I decided it was time to head further south to explore the Lot Valley and its surrounds, especially the prehistoric caves at Pech Merle in which visitors are still allowed to see the original cave paintings.

Surely it would be a winner with our two boys, James (14) and William (eight), fulfilling interests in geology and prehistoric animals?

The paintings at Pech Merle

Though the main attractions at Pech Merle are the paintings, I was delighted to find an extensive range of more unusual geological features. As well as the usual stalactites and stalagmites, we also saw ‘disc’ stalactites.

We also saw another first: cave pearls, which looked like an ancient game of marbles and are apparently formed when calcite precipitates around a grain of sand or other fragment, rather like the formation of pearls within oysters.

The new discoveries did not end there, as the cave contains rare fossilised human footprints of an adult and child, which the boys found fascinating.

The medieval village of St-Cirq Lapopie 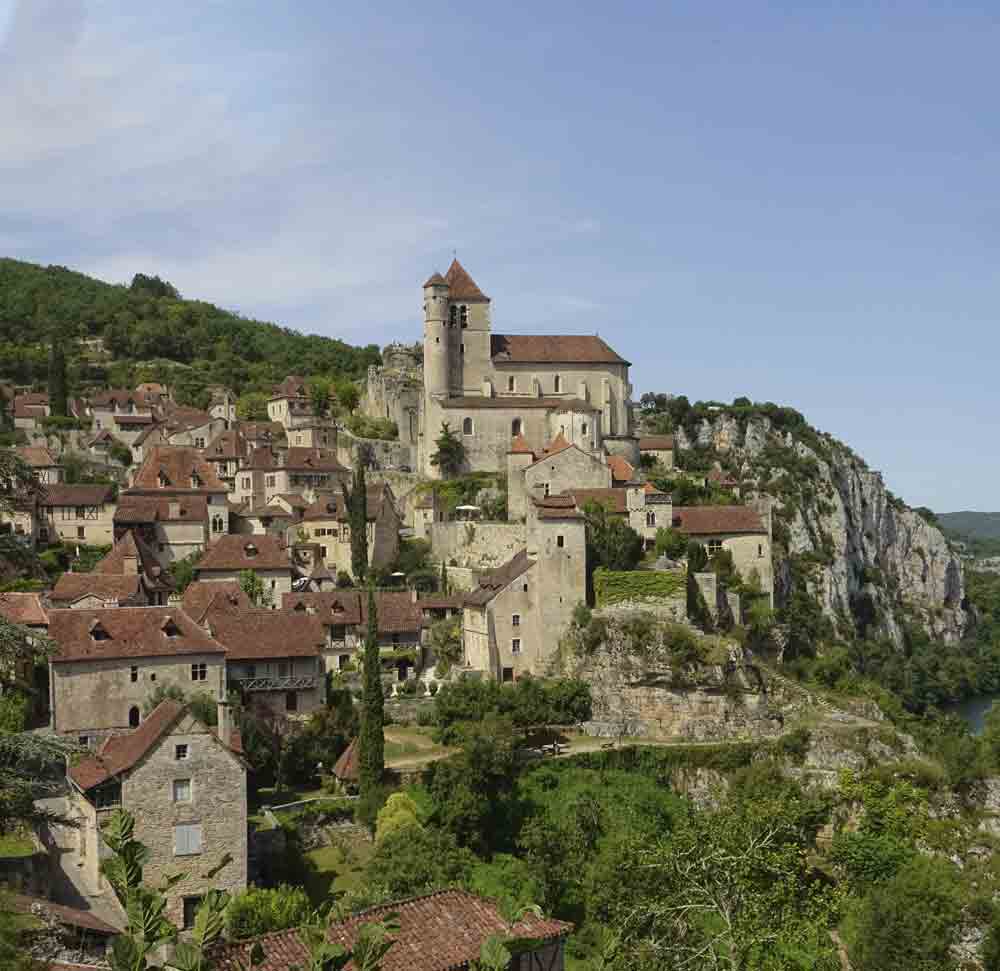 On the opposite side of the Lot Valley from the caves lies the medieval village of St-Cirq Lapopie, described as one of the most beautiful villages in France. We threaded our way up the windy roads to the village, parking at Combelles car park (which has large spaces).

A path through shaded woodland opens out at the top, revealing the village tumbling down the limestone cliffs to the river at the bottom. A peculiar blip in the erosion of the limestone by the river over the centuries has left a tall isolated cliff in the middle of the village, providing a natural platform to view the surrounding area.

In the pretty little village of Roquecor, set on a high plateau with fabulous views all around, we explored the market selling local crafts and a variety of regional delicacies. We bought some tasty chunky pâté and freshly baked baguettes for lunch.

Detouring south along the River Baïse, we headed towards Condom and its municipal campsite with pool (and WiFi). Condom was once an important stopping point on one of the pilgrimage paths to Santiago de Compostela and we frequently saw visitors to the campsite hiking in along the trail.

It is a quiet, rural market town, an excellent place to discover what life is like in provincial France. We found it refreshing to visit an area devoid of the usual throngs of foreign tourists; it’s mostly frequented by French holidaymakers indulging in hiking and cycle touring.

The campsite itself was a real find. Staying at the site gave free entry to the water park next door. This became a favourite place for the boys with its complex of pools of varying depths and slides to add to the fun. Running alongside the site is the river, with a path for cycling or walking into town. Kayaking is available too. A bridge over the river takes you to a council-run facility with free access to crazy golf, basketball, roller skating and bicycles during the summer holidays. 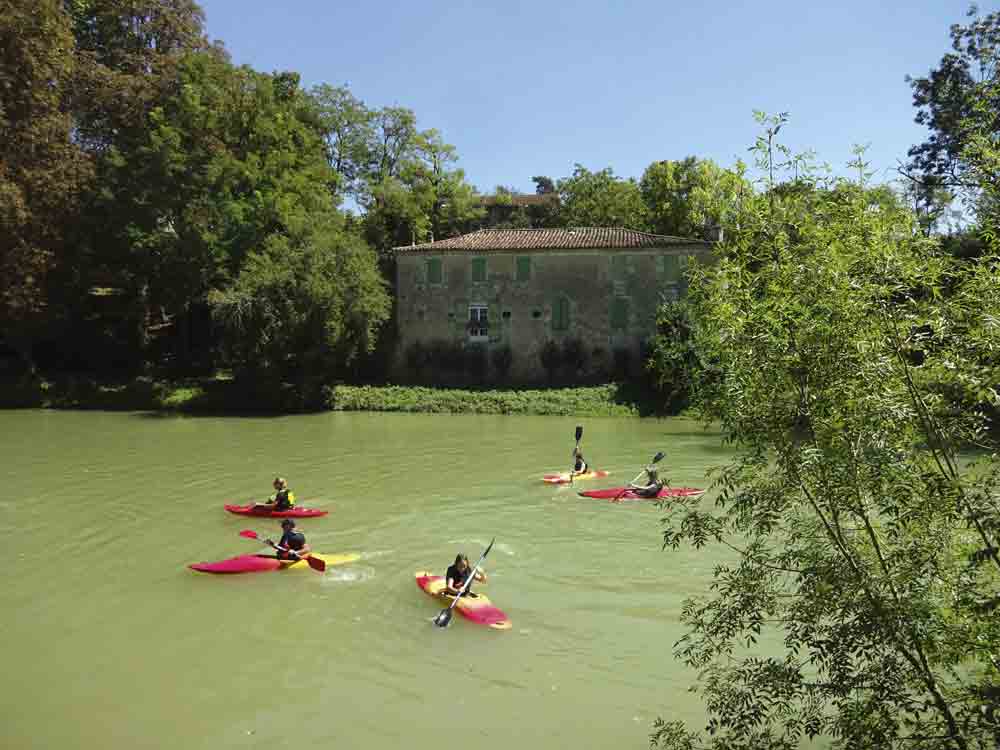 The walk along the river into Condom takes about 20 minutes, a pleasant stroll shaded by overhanging trees. The old town is a network of narrow streets, leading to the centre, which is dominated by the spectacular Cathedral of Saint-Pierre, built in the Gothic style. We explored the cathedral and the cloisters behind, but what most attracted the attention of the boys was the statue of the Three Musketeers and d’Artagnan near the cathedral.

Condom really comes alive on market day (Wednesday). The square in front of the cathedral and the surrounding side streets are full of stalls selling fruit and vegetables, clothes, leather handbags and belts, jewellery, toys, jars of foie gras and bottles of local wine and Armagnac. The streets were crowded with serious shoppers and tourists eyeing up local goods, the colourful stalls bringing life to an ancient scene. It was the only time we found the town crowded. On other days the streets were quiet and it was refreshing to be able to explore in peace.

Several beautiful medieval villages are within easy travelling distance and we picked three places to see on a day trip.

First on our itinerary was Larressingle, a fortified village just three miles to the west of Condom. The walls are mostly intact and it looks really impressive as you approach, rising above the surrounding landscape with no new developments to hide it from view. In fact, it looks as if it could still be inhabited, its emptiness giving it a ‘Mary Celeste’ feel.

Through the single-arched entrance-way the walls surround a small church, a château and various other buildings. There is also a tourist information office and gift shop within the walls, alongside a museum that explains the history of the village. Look for the handy stocks on the green by the entrance – good for younger boys to lock up their annoying older brothers!

Next on our list was the village of Montréal-du-Gers. The main attraction is the picturesque town square. We arrived just as the market was closing for the day, selling mostly fresh fruit and vegetables. A delicious smell led us to a huge pan of snails cooked with large pieces of fatty pork.

Our favourite village was Fourcès. Parking with a spectacular view of the château rising above, we entered Fourcès over a double-arched stone bridge. 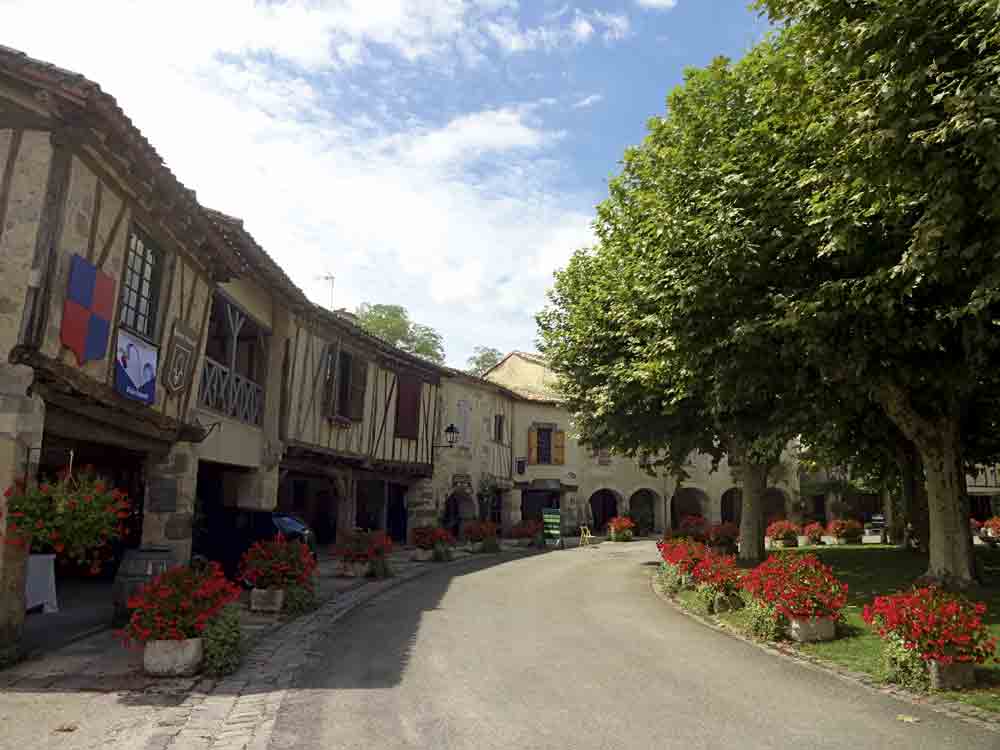 We made our way into a wine shop which led to an extensive armagnac tasting session. This gave us a thirst to know more, stimulating a visit to the armagnac museum in Condom (Musée de l’Armagnac).

We were concerned that the boys would be bored, but the museum has thought about families and provided a series of children’s activities in a separate area.

Our magical encounters continued. In an understated restaurant – Le Vilain Petit Canard – opposite an aire in Arcambal, we enjoyed the most amazing meal, which consisted of three courses of sumptuous cooking, all cooked to perfection and each dish coming with its own glass of recommended wine or spirit.

The Dordogne has always been our family favourite. But now, in the less crowded areas around the Lot, with so many surprising gems to find and explore, have we discovered a new family favourite?

This feature originally appeared in the December 2018 edition of MMM - to read the full version, buy a digital copy of the issue here. Read more inspiring travel features here.