Motorhome travel: Discover wildlife in the Southwest of England 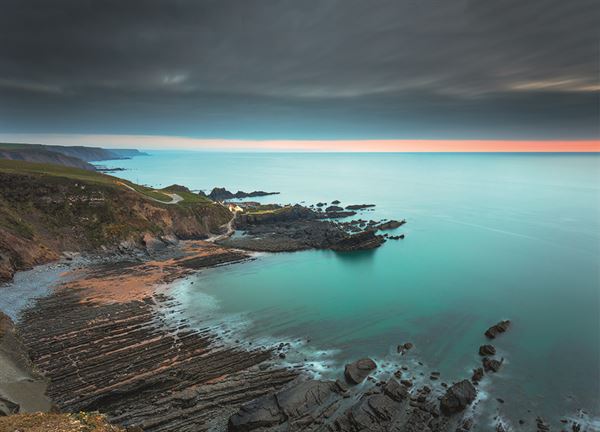 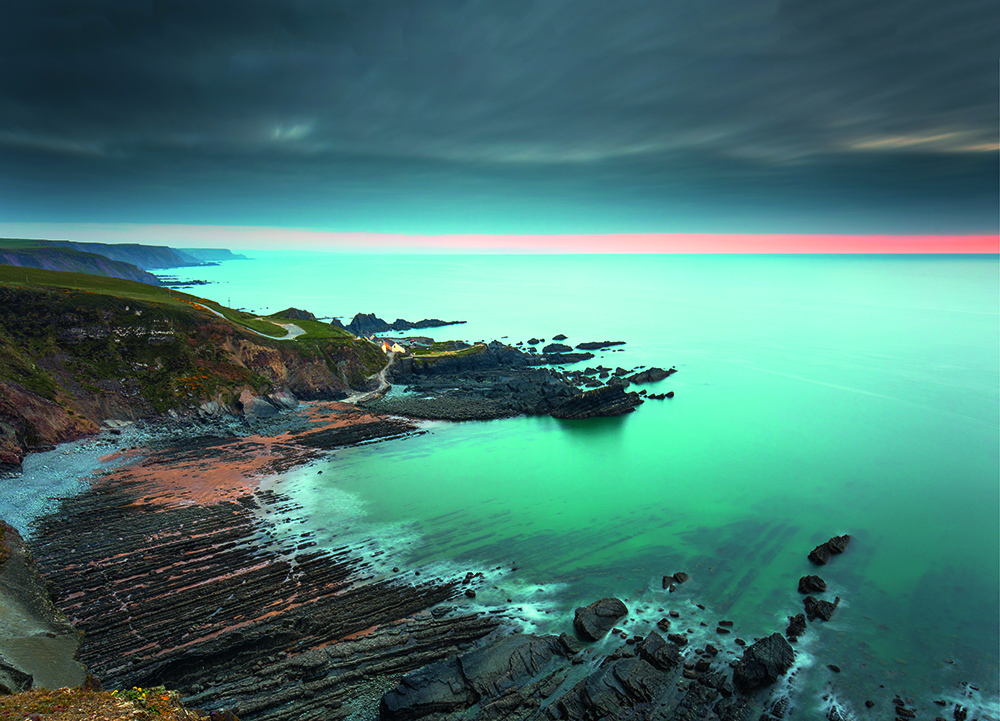 There is surely nowhere more beautiful than the coastline of southwest England in spring. For this trip, we headed for north Cornwall and the neighbouring Hartland Point area of Devon. The focus was two-fold: to look for wildlife and to take photographs of the stunning coastline. It turned out that my wife Sarah’s main aim was to visit teashops and cafés, so a compromise was struck!

Travelling through north Cornwall on our way to Hartland, we stopped for lunch near Widemouth Bay and had a walk along the coast path near Phillip’s Point. It seemed that spring had suddenly arrived. Despite a keen northerly wind, the sun was out and, in sheltered spots, it was very warm. The gorse was a riot of colour, its coconut scent drifted in the air arousing the senses.

Kidney vetch, scurvygrass, thrift, spring squill and sea campion were all in flower and the heady scent of alexanders was attracting St Mark’s flies (the ones that fly with their legs dangling beneath them like some kind of strange undercarriage). There was a constant passage of birds migrating north along the cliff edge. Swallows were flooding into the country and they were joined by house martins.

In the scrub I saw my first whitethroats of the year. It’s only at this time of year, when the males return to establish their territories, that they’re obvious. Later in the summer, when they’ve work to do, they revert to type. In fact, an alternative name for the whitethroat is the nettlecreeper because of their secretive nature. Avian treats included a pair of ravens, which patrolled the coast time and time again, their honks and playful displays attracting our attention. A kestrel paused briefly on the clifftop to admire the view and then a peregrine glided across a cove. It wasn’t hunting, just cruising, but it probably scared the wits out of the numerous linnets, stonechats and skylarks in the area! 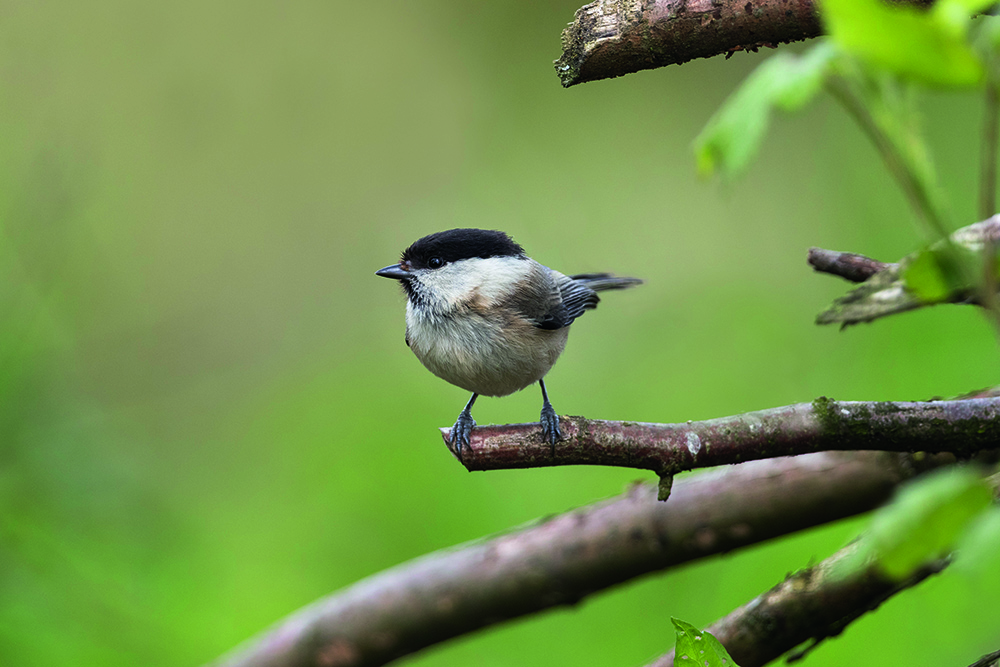 Our first campsite at Stoke Barton Farm, near Hartland, served as a base for us to spend two days walking on the coast path, first to the south and then to the north. On each day, our circular routes included teashops. To the south, we returned via Docton Mill, a quaint tearoom with a lovely wooded valley garden. To the north, we went as far as Hartland Point for lunch at the café and returned for a cream tea at Cheristow Lavender tearooms.

Walking the coast path around Hartland is a challenge with many ups and downs created by the unusual geology. The rock is slate, which was formed when mud was laid down in horizontal layers in a delta. Over millions of years the layers were compacted and solidified into rock. Subsequently, in this area the strata were subjected to fierce pressures from plate tectonics and here they were contorted into a fantastic range of slopes and curves. These shapes are most obvious in the cliffs and the lines of rocks leading out into the sea, but the same contorted layers of rock are responsible for the many steep valleys separating the high cliffs and make the coastal footpath such a challenge!

The migration of birds was a strong feature of our walks. We saw common sandpiper and whimbrel on the beaches and heard plenty of grasshopper warblers making their reeling call from dense vegetation, particularly in the valleys. Wheatears were present in the fields along the coast and some males were singing to establish their territories on the rocky clifftops. We found a pair of peregrines to the south of Hartland Quay and two raven nests, one just north of Hartland Quay and the other just south of Hartland Point, where we also watched six grey seals in the bay. 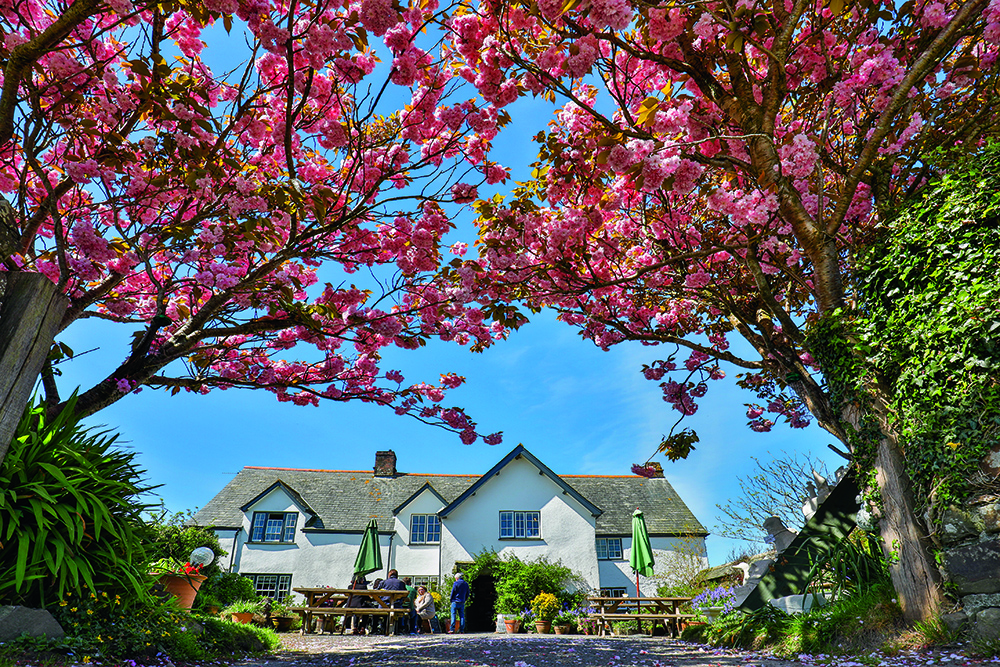 Arguably the most beautiful spot is in the valley of the Abbey River leading down to Blackpool Mill Cottage, a location used in many TV adaptations including Sense and Sensibility and The Night Manager. The woodland in the valley was full of colour with bluebells about to reach their zenith, plenty of greater stitchwort; some wild garlic and a few early purple orchids. We saw kestrel hovering, sparrowhawk circling and a cuckoo flying straight over the valley. One morning I was fortunate to see a roe deer buck at close range and it seemed that, each time we walked in this lovely spot, something new would appear.

Our second site was at Leddon Farm, near Welcombe, just on the Devon side of the border with Cornwall. The reason for my choice of site was simple: it’s just a short walk from here to the Marsland Valley, a Devon Wildlife Trust reserve renowned for its fritillary butterflies. Sarah had an ulterior motive as it’s a pleasant walk from here to the famous Rectory Tea Rooms in Morwenstow! 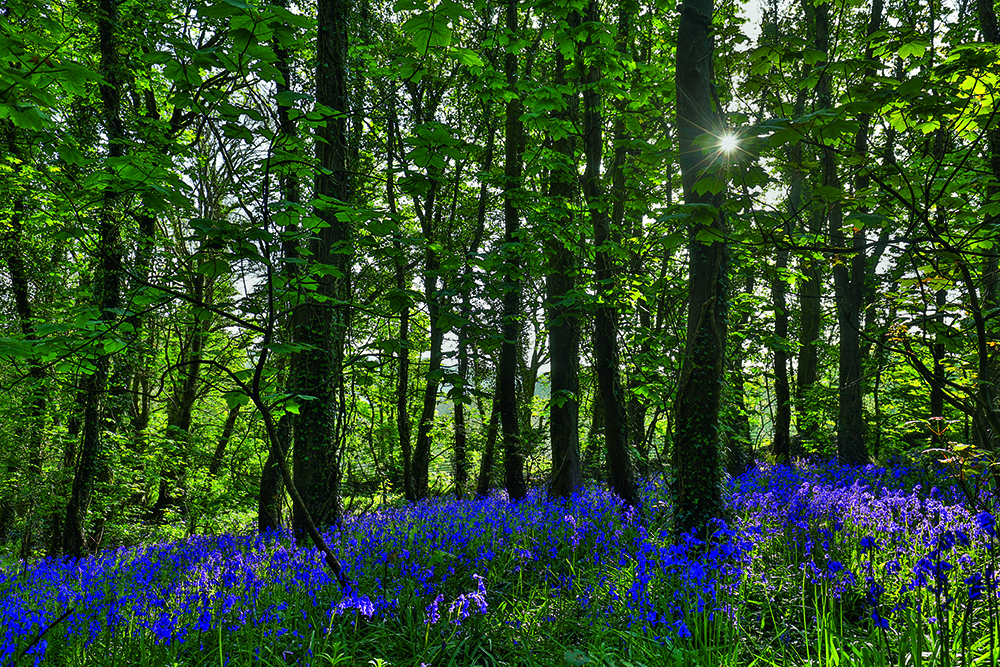 As well as violets there are lots of bluebells, primroses, red campion and bugle, making this an idyllic spot. Apart from the pearl-bordered fritillaries we saw bullfinch, blackcap, great spotted woodpecker, buzzard and, on the stream almost at the point where it flows into the sea, dipper and grey wagtail. We also saw a migrating common sandpiper here. Butterflies in the bag (as it were), it was time to head a little further south.

On the way we spent the day at the Tamar Lakes. Conveniently, there is another café where I was able to top up my arteries with cholesterol in the form of a full English breakfast (don’t let the Cornish hear you talk about a full English; they get sensitive about colonialism down here). To get the blood pumping again, we walked around the Upper Lake (about three miles) and then down to the Lower Lake (about half-a-mile). The two lakes, both reservoirs, have different characters. The upper lake is more open to the elements, with an all-user trail around its edge. The lower lake is more wooded, with reed-fringed water and a path down one side. The lakes are known for their birdwatching potential and are probably best in autumn and winter – but you never know what you might see.

By the time we reached Bude in the late afternoon the weather had changed. Suddenly it was cold, wet and windy, but the site was warm and welcoming, with excellent access onto the coast path and to Cornwall’s only proper canal. The canal runs parallel to the River Neet and, between the two waterways, there is a lovely wetland area, which is good for birds at all times of year. Here we saw our first reed warblers of the year and a very tame grey heron (which I think is resident here). We heard a few Cetti’s warblers and spotted a cattle egret. At the southern end of what must be Britain’s shortest canal is a pool at Helebridge Wharf. Once an important reservoir providing water for the canal, this is now a tranquil tree-fringed pool that provides a home to water voles.

Water voles were extinct in Cornwall around the end of the twentieth century when they were eaten to extinction by escaped mink. Subsequently, the mink died out or left the area and there was an opportunity to reintroduce water voles. The council declined permission to release them into the canal but they were released at various privately owned sites nearby and soon found their way into the canal. Helebridge Wharf is a good place to look for them. Conveniently, there’s also a rather nice café nearby. So, I’ll leave you as I sit eating cake and sipping tea having just seen a water vole. It doesn’t get much better than that for me!

This feature was originally published in the April 2018 issue of MMM magazine. Want to read more like it? Subscribe to MMM magazine today for your monthly dose of motorhome travel inspiration.