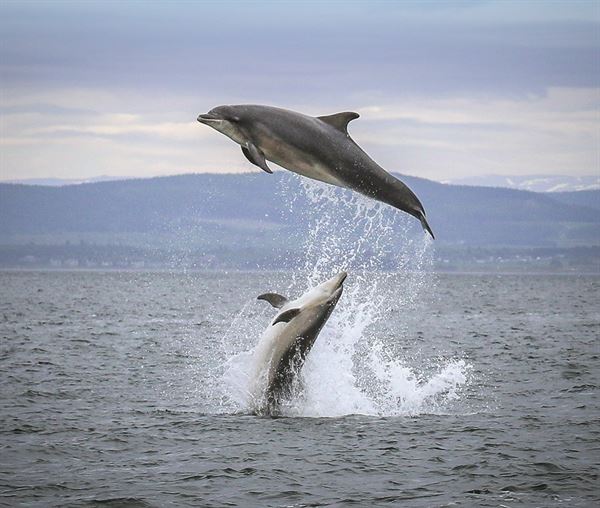 As a Scot I’m proud of the huge success of the North Coast 500. The 516-mile route has really put Scotland on the global driving map since it was launched in 2015. You could say it’s our Route 66 or Great Ocean Road! For me, the NC500 is more spectacular than both, with a cinematic panorama of vaulting Highland peaks, tumbling glens and rivers that gush seawards to meet white sand beaches. Its tarmac curls around truly epic touring country. 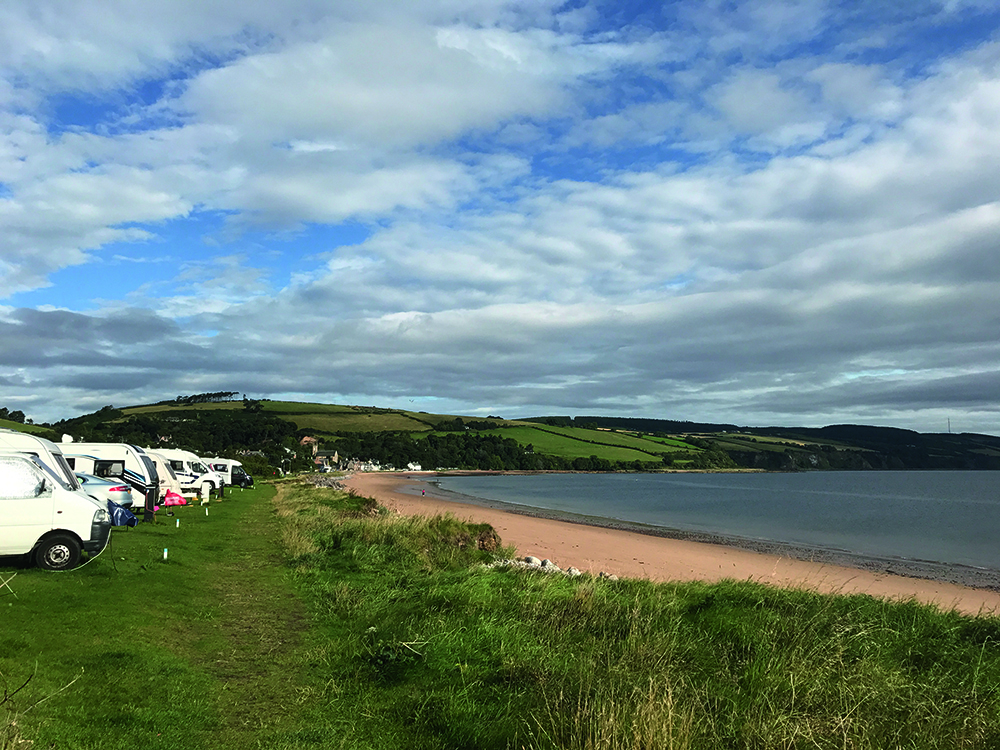 But I’m determined to avoid as much as possible of this now massively popular route on our Highland motorhome adventure. The NC500 route very narrowly hugs a prescriptive itinerary. Yes, it takes you to some fantastic spots, but also misses out on so much. Follow it and you don’t appreciate the pivotal history of Culloden and Fort George, the mind-blowing beaches of southern Assynt – or even get to look out for Nessie. The NC500 is great fun, but the flipside is that it is often busy, risking diminishing the sense of space and remoteness that are a big part of the appeal of the Highlands.

Our motorhome’s first turn sees us head in the opposite way from the increasingly maddening crowd. My wife, Jenny, and two young daughters, Tara and Emma, like the sound of something different, a game of dodging the NC500 and they like dolphins. Within half-an-hour of setting off we are watching bottlenose dolphins skipping around in the Moray Firth, something you might not see if you drove the whole of the NC500.

We survey them from the high ramparts of mighty Fort George, the fortress built in the wake of the last battle on British soil at nearby Culloden Moor in 1746. Its aim was to snuff out the Jacobite Highland rebel threat. It worked – and helped change the course of Highland and, indeed, British history. For anyone with even a passing interest in Highland history, Fort George, along with the nearby epochal battlefield of Culloden, are essential places to visit.

After we tour the old barracks and regimental museums of this colossal and colossally impressive sight, it is time to leave the dolphins behind for a night at Nairn Caravanning and Camping Club site. We pitch our motorhome under a sweep of tall pine trees at a site that is half empty, despite it being the school holidays. 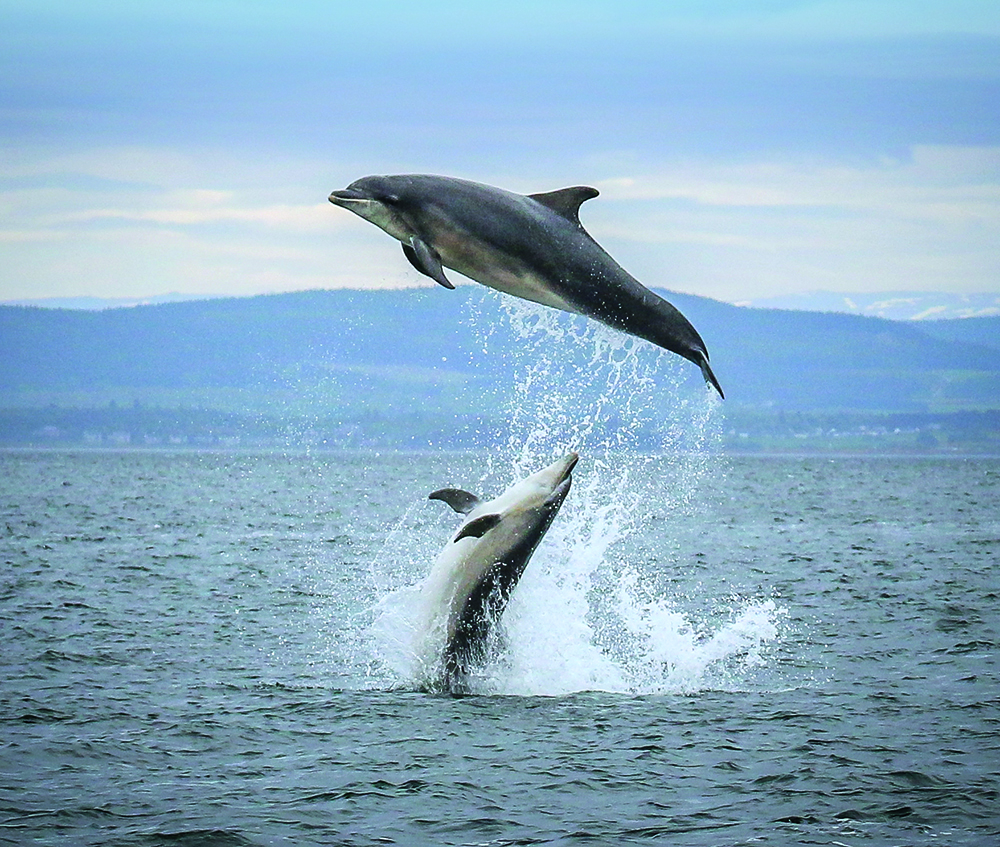 Next morning we sneak onto the NC500 for just a few miles, soon leaving its dual carriageway behind to explore the Black Isle. How many of the other motorhomers heading north even know the Black Isle is not an island but a peninsula surrounded by wildlife-rich waters on three sides? We enjoy a warm welcome at the Rosemarkie Camping and Caravanning Club site and find that motorhomes snare the best spots right on the edge of the delightful beach overlooking the cobalt blue waters of the Moray Firth.

The Black Isle has abundant wildlife. This we learn when we walk along the beach to Chanonry Point, which offers arguably the finest shore-based dolphin viewing in Scotland. The best time is the couple of hours after low tide; we’re not disappointed. We watch half-a-dozen bottlenose dolphins, the world’s largest species, bash around in the tumultuous currents. Our day is complete when another dolphin leaps out of the water literally in front of our ’van as my wife and I enjoy a ‘taste off’, sampling one of each of the superb local craft beers from Cromarty Brewing Company and the Black Isle Brewery.

The next morning I get the girls to trace out a route to our next stop in Dornoch on a map. They are disappointed to find the road hauls back onto the NC500, but are delighted when I announce we plan to catch the Cromarty-Nigg ferry instead. I say ‘plan’ as it only takes a couple of cars and I reckon we’ll be a tight squeeze. The ferryman winks at me when I share my concerns and says he’s up to the challenge! He also asks why we’re leaving the Black Isle so quickly and suggests we take a RIB (rigid inflatable boat) ride first. 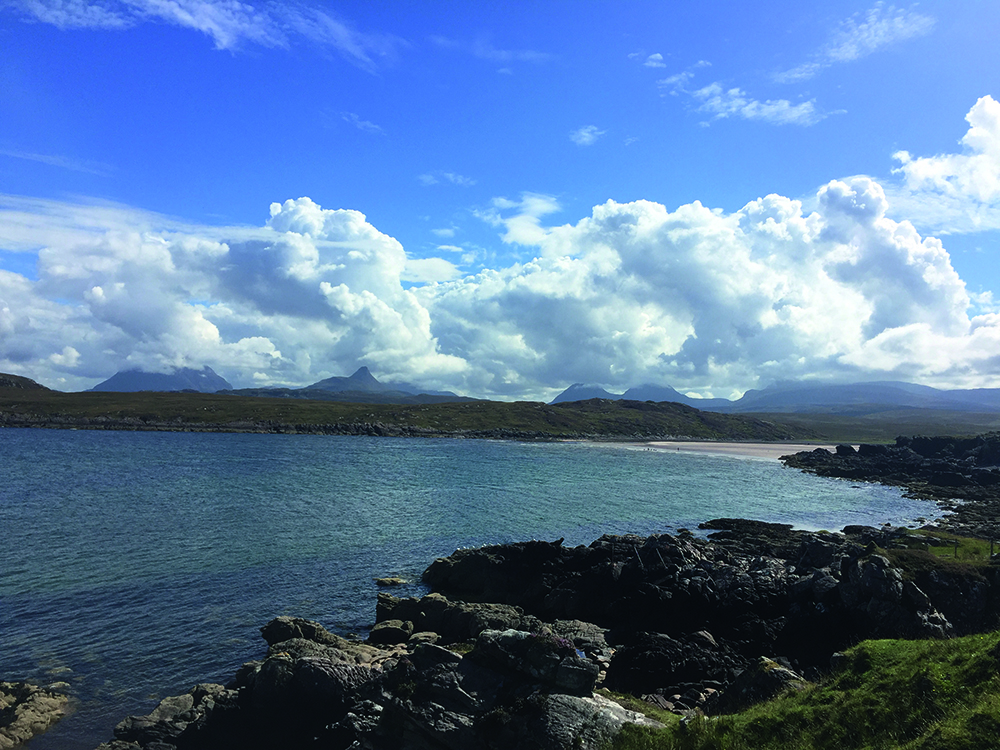 As we don’t have to squeeze over 500 miles of road into a week, we’re not in a hurry. So we hook up with the engagingly friendly (the default setting for people in the Highlands) skipper of EcoVentures. After we’re fortified with butteries (a local pastry delicacy from the famous Cromarty Bakery) Sarah bashes us out on her RIB in search of our mammal cousins. We soon spot a pod of dolphins and get far closer to them than shore-based viewing allows. Sarah says she saw a basking shark the previous week and that they also get minke, humpback and even killer whales here.

After cramming onto the Nigg ferry, we eke our journey out over the Cromarty Firth before making a beeline for Dornoch. If Dornoch sounds familiar, then you’re probably a golfer (the Royal Dornoch is one of Scotland’s most famous clubs) or a fan of Madonna (or Guy Ritchie for that matter). The famous American pop star and the British film director got married in Dornoch Cathedral. My daughters, being neither keen golfers nor avid fans of Madonna, are relieved to find Dornoch boasts one of Scotland’s sunniest climates, not to mention one of the east coast’s finest beaches.

Rather than continue north, we recline at Dornoch Caravan and Camping Park. This relaxed site sits betwixt the town and its epic sweep of beach. We visit the very much active cathedral, checking out the myriad graves and tombs in the moody graveyard. We chance upon a farmers’ market stuffed with local produce right by the vaulting Mercat Cross, the retail hub of Dornoch for centuries.

It’s time to head cross-country. We cut west on the A949 and then A887. Within a few hours we’ve swapped the North Sea for the Atlantic as we arrive on the Assynt Peninsula in Wester Ross, my favourite corner of the Scottish mainland. I’ve been lucky enough to visit most corners of the country and Assynt never fails to blow me away. If you follow the North Coast 500, you make a wee detour into Assynt but miss out on the southern half of this wildly beautiful peninsula. 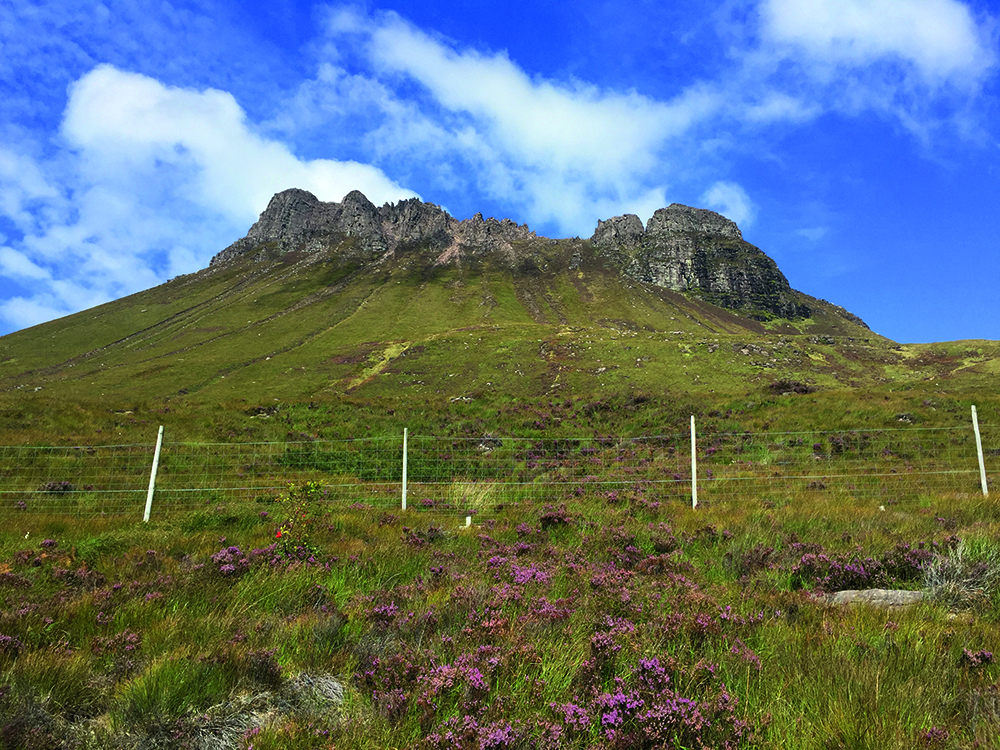 As our NC500 map is increasingly ignored, we don’t miss out on a thing. We stop in a big parking space for the challenging scramble up Stac Pollaidh (2,008ft/612m), one of the most eye-catchingly distinctive mountains in Scotland. We walk slowly through the Tolkienesque landscape as the girls gush, “It looks like a fairytale.” It does! At the summit we bask in the view of a golden eagle soaring in the thermals.

What was once our favourite site, Achnahaird Farm, has now closed, but I’d heard there’s a small car park nearby that allows motorhomes to overnight (unlike many parking spots on the NC500). We find it just to the west of Achnahaird Beach. There is only one other motorhome in this breathtakingly idyllic spot. We park up and are going nowhere for two days.

We leave on the final morning and I look at the map with the girls and we plan, again, to avoid the NC500. Instead, we’re going through wild country. The roads are still fine, though. En route, we squeeze between the might of the twin sentinels of Beinn Dearg (3,546ft/1,081m) and Sgurr Mor (3,638ft/1,109m), skirting Loch Glascarnoch. The girls were affronted that the NC500 doesn’t include Nessie. We keep on going, avoiding crossing swords with our nemesis at Dingwall by taking the High Road over to Beauly and on to Loch Ness.

After lunch, we head back to Fort George and in the distance we can see the Kessock Bridge where an increasing number of motorhomes are following a well-trodden parade along the NC500. We catch sight of a flipper and then the dolphin is gone, a teasing last glimpse of what we found as we motorhomed through the Highlands on our very own NC245.