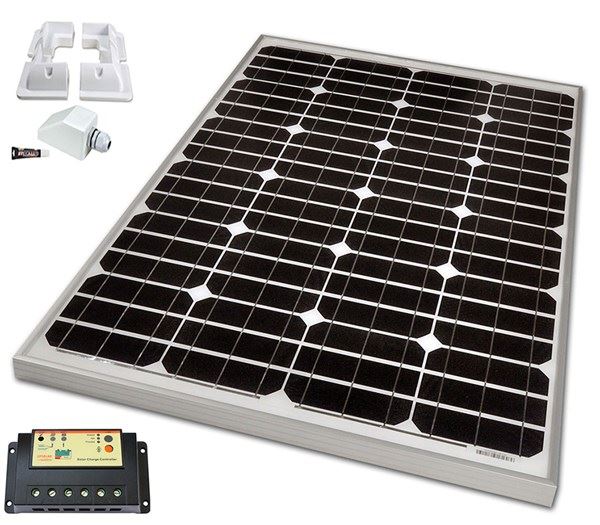 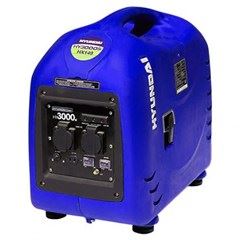 One of the great advantages of owning a motorhome is the ability to roam and not be tied down to a campsite every night. Here’s what you need to make that experience as successful as possible

The longer you are away from a mains electric hook up, the more resources you will use. It becomes a number-juggling process as you balance the available electric and gas capacity against the need to cook, heat, light, refrigerate your food and power the water pump. There are certain preparations that can be taken before setting out, that will maximise the amount of time you can spend away from the electric nectar of the mains supply.

The first consideration is understanding how your leisure battery works – which provides the power when the engine is off. A typical leisure battery is rated at 100Ah, which means that if you draw 5A every hour from it thanks to your various electrical devices, it will last 20 hours before going from fully charged to flat.

One way to extend the amount of power you have available is to add a second leisure battery but there are ways of doing that are efficient than others. The first is to wire them to work in parallel so that they share the workload, rather than serially, where the supplied current would be double what your devices are expecting. It will help if both batteries are the same power rating and, if possible, they are both the same age. So, if you are replacing an existing battery, it’s best to buy two new ones at the same time.

There is an alternative to the traditional lead acid and gel batteries used in motorhomes and that’s something called the EZA Lithium Power-Pack. This fits into the space usually occupied by the leisure battery and connects with the same wires. It requires an extra set of cables to the starter battery, but that’s it. They provide 125A from full, can be safely discharged down to 5% capacity and recharged back up in just two hours of driving. In fact you can recharge 25-30A just by running the engine for 20 minutes. They require no maintenance and have a life cycle of 2,000 cycles. They also weigh only half that of the same size lead-acid battery. The only downside is that they cost over £2,000.

The supply from the leisure battery is 12V, rather than the 240V from the mains, which means that you will need appliances that can work off the lower voltage. The alternative is to use an invertor, which converts the leisure battery output into 230V/240V. Needless to say, this will drain the charge significantly faster. If all you are doing this for is the ability to use a TV then consider investing in a 12V TV instead, as they are far more power efficient. The Avtex L187, 18.5in TV/DVD uses just 1.8A when on the 12V supply. Same principle applies for chargers for phones and tablets, it’s far better to charge them from 12V than to use an invertor.

A basic invertor can cost as little as £40 and plug directly into a 12v socket, providing one three-pin outlet. These though offer comparatively little power, around 150W. Ramp the power up to 800W and the price jumps to £120+,  while a heavy duty 2700W inverter will cost over £500. For these the invertor has to be manually wired as close to the battery as possible and you should also install fuses with it.

Something else to consider is upgrading the alternator which is used to charge the leisure battery when you are on the road. Ordinarily this is little more than a trickle charge so requires quite a bit of driving to restore a depleted battery. What you need here is a high output alternative that can deliver up to 430A of power. If you insist on having your 50in TV in the bedroom, this could be useful.

There are two options for providing additional power while parked up. One is a solar panel, the other is a generator. The bigger the solar panel, the more light it can capture and convert to electricity but the environment where you are staying has a very large effect on how efficient it is. Touring northern Scotland will harvest a fraction of the power compared to the south of Spain. Still, the solar panel can be constantly putting power back into the leisure batteries, and in bright conditions will enable them to last a lot longer. See how much payload you have spare, then get as big a panel with as high a power rating as can be made to fit to the roof. Options include panels that tilt up to catch the sun when it is lower in the sky and ones which track the sun position so always face towards it.

The alternative is a petrol-powered generator that provides 240V to the motorhome. The disadvantage of these is that they incur running costs and also make noise that wouldn’t be appreciated if you had any neighbours.

While some appliances have to use electricity, other functions have a choice. For example, putting the kettle on for a cuppa. Do you use the electric supply for a kettle or boil the water using the gas cooker? Well, batteries are very inefficient compared to gas, specifically LPG. Gas stores a huge amount of energy so given the choice, use gas for heating, cooking and running the fridge. The choice then comes down to using a replacement gas bottle system or refillable bottles. The problem is that when travelling overseas there are very few places that sell replacement gas bottles, so you may find yourself paying for to have a half bottle replaced before you go off to the continent, just to make sure you have enough for a trip. As with batteries, two cylinders are better than one. Some motorhomes, especially panel van conversions, use a bulk tank, which is far more use when going on an extended trip, as it provides greater capacity and the ability to fill up at more motorway stations.

Back to electrical functions again and consider lighting. The most efficient type of lighting to inside your motorhome are LEDs, so if you haven’t already had it kitted out with them, it’s worth replacing your existing bulbs and fittings.

Finally, if you are intending to be camping wild for more than a couple of days, consider both carrying extra water in the garage and also investing in a second toilet cassette. Two people will fill a standard cassette in two days, so being able to swap it out for a spare, and store the full one in a garage, will keep you on the road for longer.